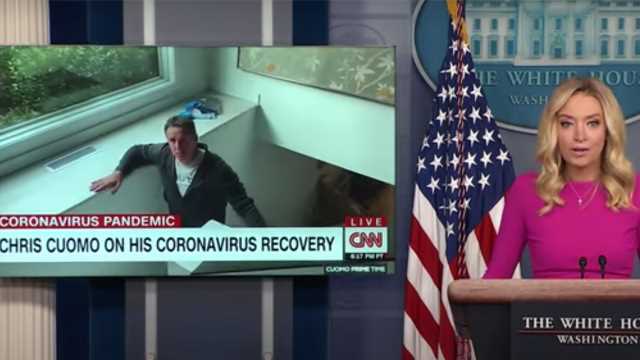 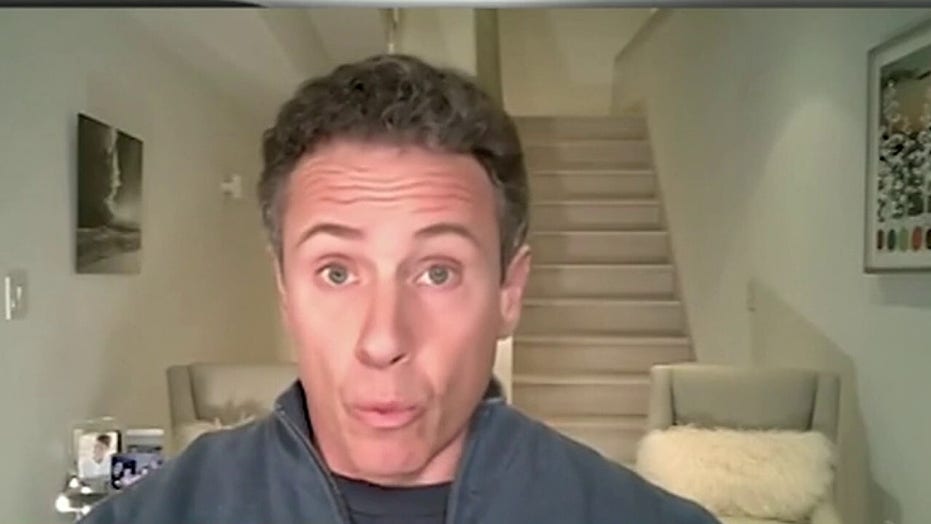 CNN anchor Chris Cuomo made a cameo appearance at Wednesday's White House media briefing as he was called out by press secretary Kayleigh McEnany for his coronavirus "hypocrisy."

Over the past several weeks, Democratic leaders have been caught flouting guidelines by the Centers for Disease Control and Prevention that they themselves had espoused to their constituents.

McEnany kicked off the briefing by playing a montage on the monitors behind her showing footage of top Democrats caught ignoring various guidelines, something she referred to as "Democrat hypocrisy.

Among what was shown includes security camera footage of a maskless House Speaker Nancy Pelosi, D-Calif., getting her hair done at a closed-down San Francisco hair salon, photographs of California Gov. Gavin Newsom dining indoors at a crowded table at the fancy upscale restaurant The French Laundry, and Chicago Mayor Lori Lightfoot speaking maskless to a crowd on the street celebrating President-elect Biden's election victory.

However, one non-politician that was included in the montage was the prominent CNN anchor, who staged his own reemergence from his basement quarantine during his recovery from the coronavirus after the New York Post reported that he was involved in a heated confrontation with a cyclist who called out Cuomo after spotting him outside without a mask in the Hamptons.

McEnany mocked Cuomo's "made for television moment," stressing that it came after he was caught "breaking his brother, Gov. Cuomo's quarantine rules" after months of urging CNN viewers to follow CDC guidelines and shaming those who don't.

"Quite clearly, these Democrats do not follow their own edicts," McEnany told reporters. "They act in a way that their own citizens are barred from acting… These images behind me make clear Democrats' mindset: rules for thee but not for me."

This isn't the first time McEnany called out Cuomo during a press briefing. Back in August, the press secretary slammed the CNN anchor over his dismissive coverage of the violence that took place in cities across the country amid civil unrest over the summer.

"Chris Cuomo saying, 'Show me where it says that protesters are supposed to be peaceful.' I'll give you an idea, Chris. It's in the Constitution," McEnany swiped the anchor.