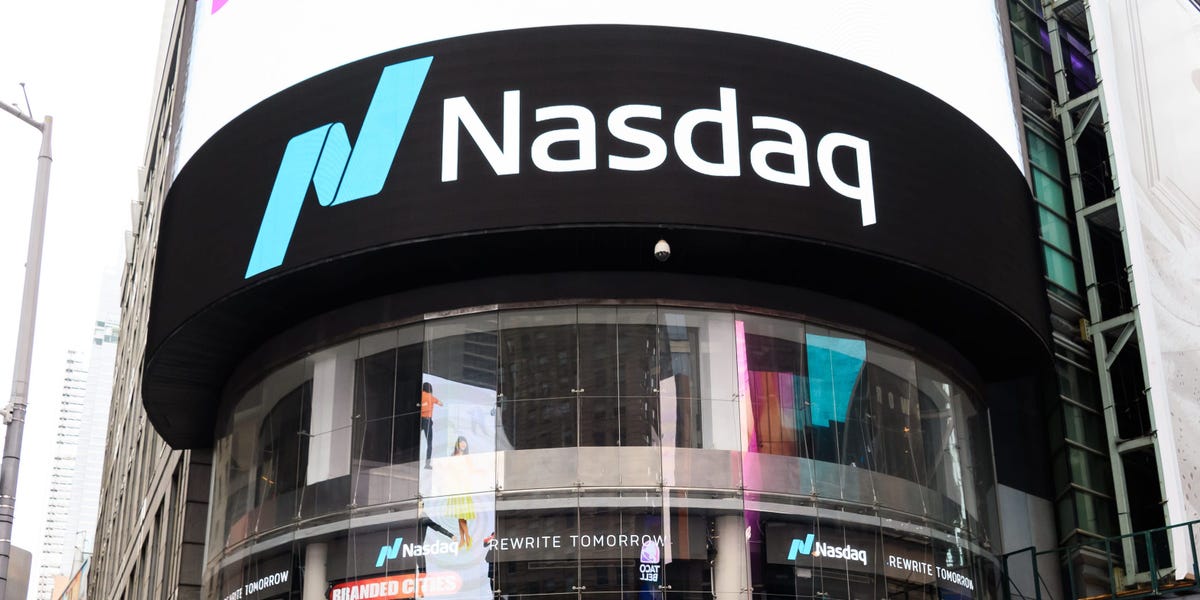 A game-changing proposal from Nasdaq aimed at boosting board diversity for listed companies is now in the hands of the Securities and Exchange Commission.

On Tuesday, Nasdaq asked the SEC for permission to implement a new rule, under which most of the more than 3,400 companies listed on the exchange must have at least one woman board member and another from an underrepresented minority, such as a nonwhite or LGBTQ director.

According to the proposal, companies will have to publicly disclose their board diversity information within a year from the SEC's approval. Some companies, like special purpose acquisition companies, are exempted, but most issuers that don't meet the requirements will have to explain why.

The proposal comes at a time when companies — from law firms to investment banks — are facing mounting calls to increase diversity in the workplace, and especially among leadership. This would be the first time a major stock exchange mandates more disclosure than is required by federal law, per the New York Times.

Business Insider spoke with six regulatory lawyers about how they think the SEC will view Nasdaq's proposal, and what this means for the financial markets writ large.

Nasdaq's board-diversity rule will likely be approved, though it may be deferred to the new administration

Experts agree that the stock exchange's proposed board-diversity rule is likely to be approved by the SEC, though it may be modified somewhat in the process, and deferred to the new administration.

"The SEC's standard for approval under Section 19 is essentially: Does it benefit the functioning of public markets?" explained Trace Schmeltz, co-chair of Barnes & Thornburg's financial and regulatory litigation group. Under Section 19 of the Securities and Exchange Act, a self-regulatory organization like Nasdaq proposes rule changes to the SEC for consideration.

Since diversification of leadership is widely accepted as beneficial to businesses — as laid out in Nasdaq's 271-page proposal — and public companies are disincentivized to publicly express disagreement with such initiatives, Schmeltz thinks the SEC will approve the rule change.

With SEC Chairman Jay Clayton set to leave the commission at the end of the year and the period for public comment on the proposal likely to extend into 2021, Joe Biden's pick for the commission's next leader could play a decisive role in the rule's fate.

During past lame-duck sessions, the SEC has slowed down rulemaking, explained Thomas Ko, partner at Stroock & Stroock & Lavan. As a result, he thinks that it's likely that the SEC will ask for more time and defer the decision "out of respect" to the incoming commissioner.

While some lawyers believe that Nasdaq's proposal will pass regardless of the political environment, others think that it will have an easier time passing with the new administration.

"The Nasdaq proposal would have faced major uphill sledding at a Trump-led SEC, but with the incoming Biden administration, and a new chair at the SEC, the reception should be positive," said Robert Litan, a partner at Korein Tillery who previously oversaw the early stages of the Justice Department's investigation into Nasdaq for fixing dealer spreads in 1994.

"There's an expectation that the Biden administration will be more ESG-focused, which we've seen evidence of with his selection of cabinet members," said Valerie Dahiya, partner at Perkins Coie who formerly served as SEC branch chief and currently sits on Nasdaq's Exchange Council. "The proposal seems to be coming right on time."

John Kerry, President-elect Biden's pick for climate envoy, exemplifies the administration's bent toward environmental, social, and corporate governance. On top of this, women and people of color make up the majority of Biden's transition team, while his communications team is all female.

Two Democratic SEC commissioners, Allison Herren Lee and Caroline Crenshaw, have called for more corporate disclosure of diversity metrics, and Nasdaq invoked their past statements in its proposed rule.

The proposed rule comes as public companies have come under increasing pressure from big investors, governments, and plaintiffs' lawyers to diversify their ranks. Earlier this year, California's governor signed a law requiring that boards have one, two, or three directors from underrepresented communities, depending on their size.

Rich Fields, a lawyer at King & Spalding who helps companies with stakeholder engagement, said the diversity proposal may be something that a Biden nominee to lead the SEC would face questions about at his or her senate confirmation hearings.

One influential business group has already come out in favor of the rule. Tom Quaadman, a top official at the US Chamber of Commerce, said in a Tuesday statement that the proposal help accelerate the existing movement toward greater diversity at businesses.

"We appreciate the leadership of NASDAQ in developing a business-led solution to resolving diversity issues on corporate boards," the statement said.

The new rule, while the first step to implementing meaningful change for diversity, may raise questions that the SEC must resolve

If approved by the SEC, the new board-diversity rule would be a "meaningful" and "great catalyst for change," Schmeltz said. But equally important is that boards are receptive to new viewpoints.

"It's one thing to fill board seats with diverse members, it's another to ensure that the way the board actually governs itself is one in which everyone's views are valued and explored," he said.

That said, there are some questions that could be raised, which may lead to modifications to the original proposal prior to approval.

"The real test will be the comment period," the 30 days during which the public, including issuers, can raise questions and critique the proposal, said Dahiya, the former SEC branch chief.

For example, some companies might contend the new rule places an undue burden on them by requiring them to find a woman and person of color with the requisite expertise or experience.

"I think that there will be people who will make arguments that we've heard all along as a pretext to protect privilege," Dahiya said.

Another potential issue regulatory lawyers see companies raising is with the timing.

"Companies might want more time to get into compliance with the requirements," said Cynthia Krus, a partner at Eversheds Sutherland. "But while particular provisions of the proposal may be modified, the SEC will likely move forward with it."

Nasdaq does lay out different phases according to the size of the company — for example, larger companies are given four years to find two diverse board members, and smaller companies get five.

Stroock's Ko said that while the disclosure elements of the proposal likely won't generate much controversy, companies may have questions about its specific details.

"No one is debating the necessity for transparency and diversity in general. Rather, a question that may be asked is: Is it the right mechanism to have two required seats — one seat based on gender, and the other on either racial identity or sexual orientation?" Ko said.

Ko added that, theoretically, a company could expand its board to dilute the say of its two diverse members, raising the possibility of increasing the required number of minority individuals.

One feature of the rule that could help deflect criticism is its "comply or explain" nature, said two lawyers who advise corporate boards.

Companies that don't meet the diversity threshold set out in the rule won't actually be booted from the Nasdaq exchange, but the rule says noncompliant companies will have to "explain why the company does not have at least two directors on its board" who meet its diversity criteria.

Fields, the King & Spalding lawyer, said corporate leaders have been dealing with pressure to diversify their boards for years, both from major shareholders and from states like California that have set board-diversity standards for companies based there.