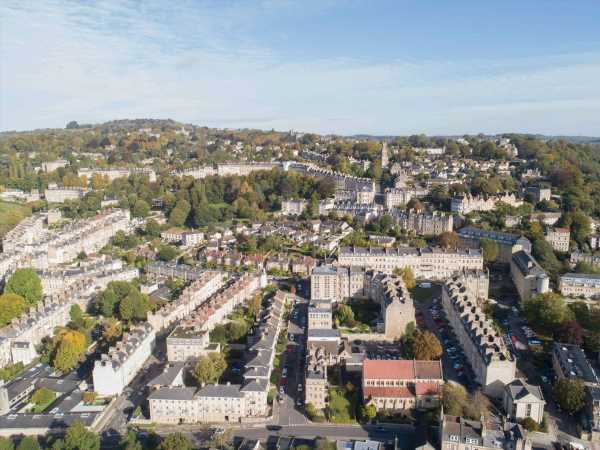 House prices have surged to new records and mortgage approvals are at the highest level since before the financial crisis as the affluent take advantage of rock-bottom interest rates and a transaction-tax cut to seek more space or leave urban areas. At the same time, millions struggle, with the pain of job losses falling hardest on the young and the low-paid.

The following charts show the scale of the disparity:

Property ownership — long a struggle for low earners — has increasingly become the preserve of the better off. That’s especially the case in London where the average first-time buyer has to pay nine times their salary, according to Nationwide. That means buying often requires the ability to save outsize deposits, or having family able to help out.

On the other hand, those who have ridden out the crisis largely unscathed are fueling a housing market mini-boom. Prices rose at the fastest pace in almost six years last month.

While that defies the U.K.’s economic reality, the fact that mortgage approvals also rose to a 13-year high “points to prices continuing to increase in the coming months,” according to Bloomberg Economics’ Niraj Shah. He still expects demand to “be hit by the reversal of the property tax cut” and the end of government wage-support programs.

The ability of young people to even consider buying property has been further eroded in recent months. Those under the age of 25 are more likely to have found themselves unemployed, not only hampering their prospects now but putting their future earnings potential at risk.

Young people are also more likely to work in industries that have been shuttered as part of the Covid restrictions, such as retail, hospitality, the arts, and travel. They are the least likely to be able to work from home.

The pandemic is also exacerbating income inequality in other ways. For wealthier Britons, lockdowns and curbs on movements have made 2020 an opportunity to boost savings. Extra money left at the end of the month has been squirreled away for better times or used to pay down debt, according to Bank of England data.

Savings have fallen for low-income households during the crisis. They are most likely to have had to resort to extra help to cover everyday costs, according to the Resolution Foundation think tank.

Those day-to-day expenses include higher energy and food bills after children were kept home from school for a large part of the year. The government’s failure to address the issue culminated in a popular campaign by footballer Marcus Rashford to help feed England’s poorest children over the winter. His plea for funding forced a U-turn by Prime Minister Boris Johnson.

There is no sign of Johnson extending a temporary increase to benefit payments that is due to expire in the spring. Think tank the Legatum Institute says 690,000 more people have been pushed into poverty by the pandemic, a number that would have been doubled without the current uplift.

Young People Are the Big Losers of the Covid-19 Crisis: Chart