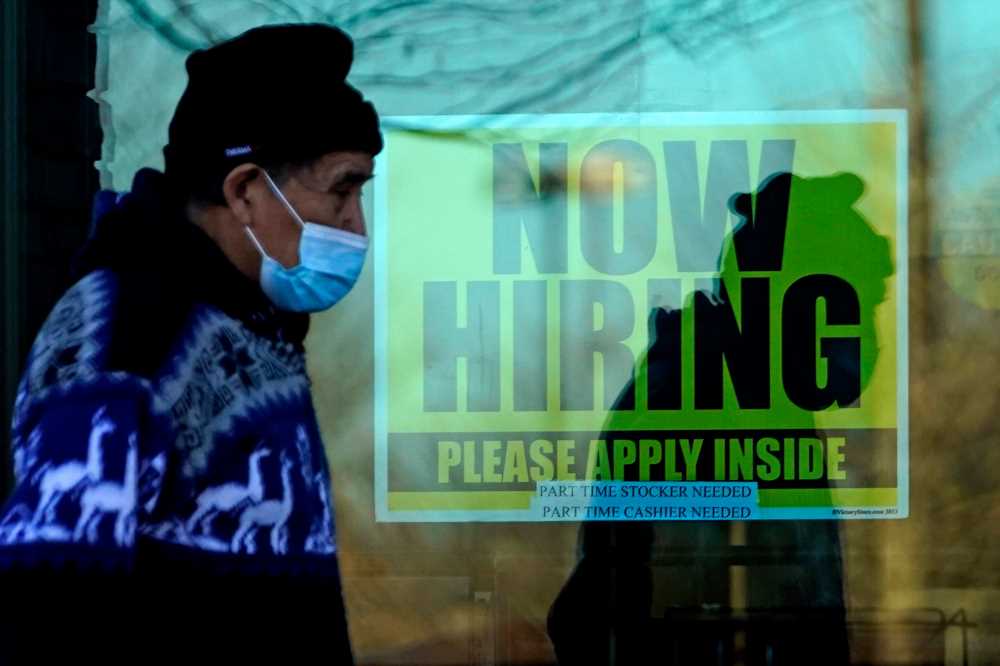 US adds 638K jobs in October as COVID recovery slows

US job postings rise to 6.6M in July, but hiring drops

The US economy added 245,000 jobs in November as a massive resurgence of the coronavirus hampered the labor market’s recovery from the pandemic, the feds said Friday.

The unemployment rate barely dropped to 6.7 percent last month from 6.9 percent in October amid the record-setting spike in infections, which has led to renewed lockdown measures in some parts of the country.

The November numbers offered another signal that the nation’s economic rebound from the worst downturn since the Great Depression is slowing down at the start of what health officials fear will be a brutal winter with COVID-19 hospitalizations and deaths on the rise.

“With some governments putting renewed restrictions in place, and many consumers surely taking added and prudent precautions, there is a toll taken on the economy,” said Mark Hamrick, senior economic analyst at Bankrate. “The worst of the economic downturn is behind us, but the best of the recent recovery also appears to be in the rear view mirror.”

Last month was the fifth straight in which nationwide job growth slowed after peaking at about 4.8 million in June, when states were emerging from strict lockdowns imposed to control the virus.

Economists were expecting the Bureau of Labor Statistics to report an addition of 469,000 jobs to the nation’s nonfarm payrolls, down from October’s revised total of 610,000, according to a Reuters survey.

There’s light at the end of the tunnel — US regulators are expected to approve two COVID-19 vaccines this month, a crucial step toward inoculating the public and returning the economy to normal.

But economists fear a lack federal aid from Washington is putting added pressure on employers and workers in the meantime. While a $908 billion stimulus proposal is gaining traction in Congress, key benefits programs created by March’s CARES Act bill are set to expire at the end of the year, putting jobless Americans on the edge of a steep financial cliff.