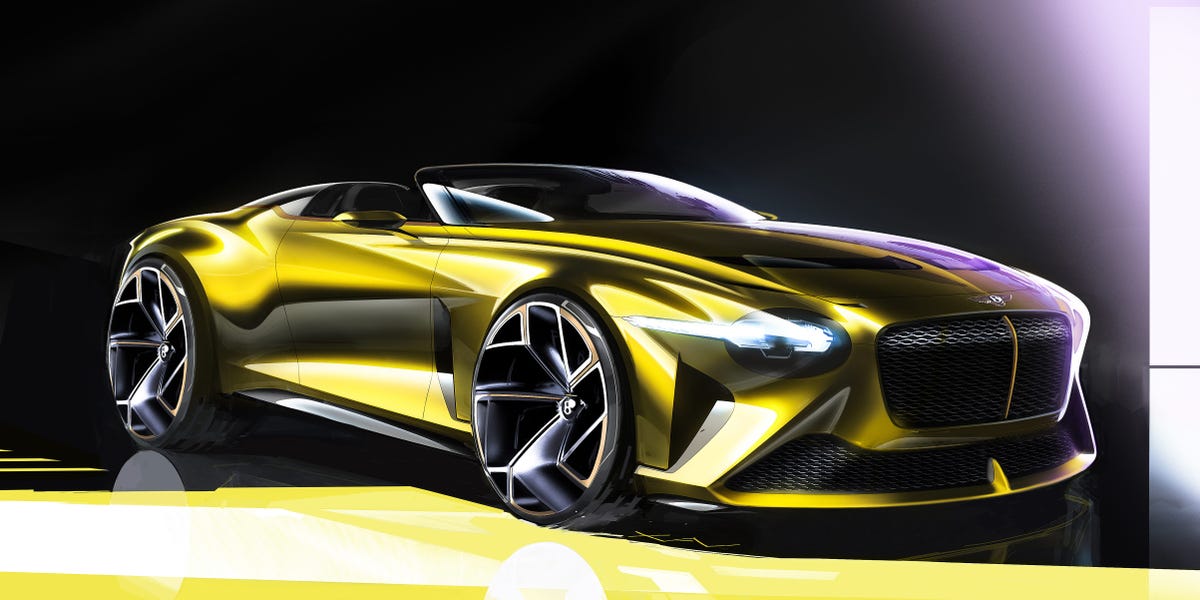 Bentley's Mulliner Bacalar is a car for the one percent of the one percent. Only 12 will ever be built, and the car will set owners back at least $2 million.

The Bacalar is something of a hark back to Bentley's roots. It's a coachbuilt car, or one with a custom-built body – the first one that "modern" Bentley has built. Thus, it's no huge surprise that the Bentley die-hards snapped the lot up as quickly as they did. Being something of a milestone for the business, Bentley had to get it right or risk having a mightily expensive flop on its hands.

Under the Mulliner Bacalar's skin is a platform shared with the brand's Continental GT convertible, as well as a 6.0-liter W12 engine packing 650 horsepower. Its underpinnings are proven, even if its looks aren't yet. John Buckingham, Bentley's advanced and bespoke exterior design manager, is the man who rolled the dice on this most ambitious of projects.

"It has to be as good, if not better, as a current Bentley, right?" Buckingham told Business Insider at a recent event. "It has to be dramatic, exciting, and unique because we're only going to do 12 of them…"

While it sounds like a dream project, it has to be everything and at the same time still work on a sensible business scale. Much like a wish from an evil genie, it's a designer's dream but comes with caveats.

"As a starting point, it sounds like a very restrictive brief," Buckingham said. "But at the same time from a design point of view, you've got a lot of opportunities to explore in different routes. You can say: 'OK, we're not doing that many tail lights, or we're doing a new tail light, or we're doing a new headlight. Why don't we try something different?' So, we don't have to take stuff off the shelf. We can do something unique."

The Bacalar was supposed to be presented to the world in its distinctive Flame Yellow color scheme at the 2020 Geneva Motor Show in March, but instead made an online debut after the show's cancellation early on in the pandemic. It was a big moment for Bentley – would such a bold car fly with the brand's faithful? Or would there have to be some quick revisions made shortly after?

Buckingham explained that the EXP 100 GT concept car, the vehicle designed to show the world what the Bentley of the future might look like, was a perfect jumping off point for the Bacalar.

"We take a little bit of the EXP 100 GT exploration in form language and exploration of what's next for Bentley," Buckingham said. "You take current DNA, you get into current ideas, and then you bring them together and we can do it in a completely free way."

"Free," in this case, isn't entirely so. The finished product has to be road legal all over the world, which meant it needs things like rollover protection, a windscreen, crash structures, and other essential features.

Being based on the already road-legal Continental GT convertible means it's got all the necessaries out of the gate, which gave Buckingham and his team a strong starting point.

"We sat down and started sketching these two-seater roadsters," Buckingham said. "And as we went on, we realized that we have to move weight around. We need weight on the rear. We started building these volumes over the rear seats.

"So, we say, "OK, we've got this volume we need to bring rearward, we've got these haunches, this natural explosion over the rear wheel that we wanted to create, but we also wanted a tucked rear: We want it to look dynamic and fast."

Buckingham explained that the Bacalar's look takes familiar Bentley traits and emphasizes them, not to the point of ridiculousness, but to create the most "Bentley" Bentley that ever did Bentley … at least, for now. The Bacalar is what happens when the bean counters take the day off.

From the front, Bentley's grille has been turned from a statement piece into a starting point to guide you around the car.

"Everything's led from the nose all the way back," Buckingham said. "The whole car starts to be draped across the chassis. You've got grille, headlights, and then things just stack up behind it …

"You want the eye to naturally just roll around the car, and then as you get to the back of the car, the volume wants to close. Then you wanted them to read around to the front again: the idea being that there's no point in which your eye isn't moving to the next point of the car."

Once the shape was finalized, it was time to create the interior. Designing it came with all of the limitations of the Continental GT convertible, but materials and forms were experimented with to create something unique for the limited-run motor.

You'd expect such a limited, big-ticket car to be the work of a huge team over years of cozy chats with buyers, board members, and everyone in between, but it wasn't. In fact, the Bacalar went from sketch to finished car in no time at all – Buckingham said it was eight to nine months from start until the first prototype. The various teams associated with creating the car worked closely, at all hours of the day, to go from nothing to something that the well-heeled would drop big money on in no time at all.

Creating something like this could be seen as a risk for Bentley. The firm's modern iteration had never done anything like it before, and one wrong step could have done more harm than good.

However, super bespoke, limited-run cars are not exactly a quiet space – Rolls-Royce and Ferrari have done private commissions for years, and McLaren and Aston Martin are no strangers to limited-run specials either.

Buckingham put it well: "You're not in a vacuum, right? But we had to do it our way. And by doing it our way meant that it had all the valuable stuff that Bentley expects. It has to be the best car. It has to be attractive. It has to be unique. And it has to be well thought out. There is no compromise to this product."

There are also, to ease the fears Bentley might have about creating such a product, no build slots left.