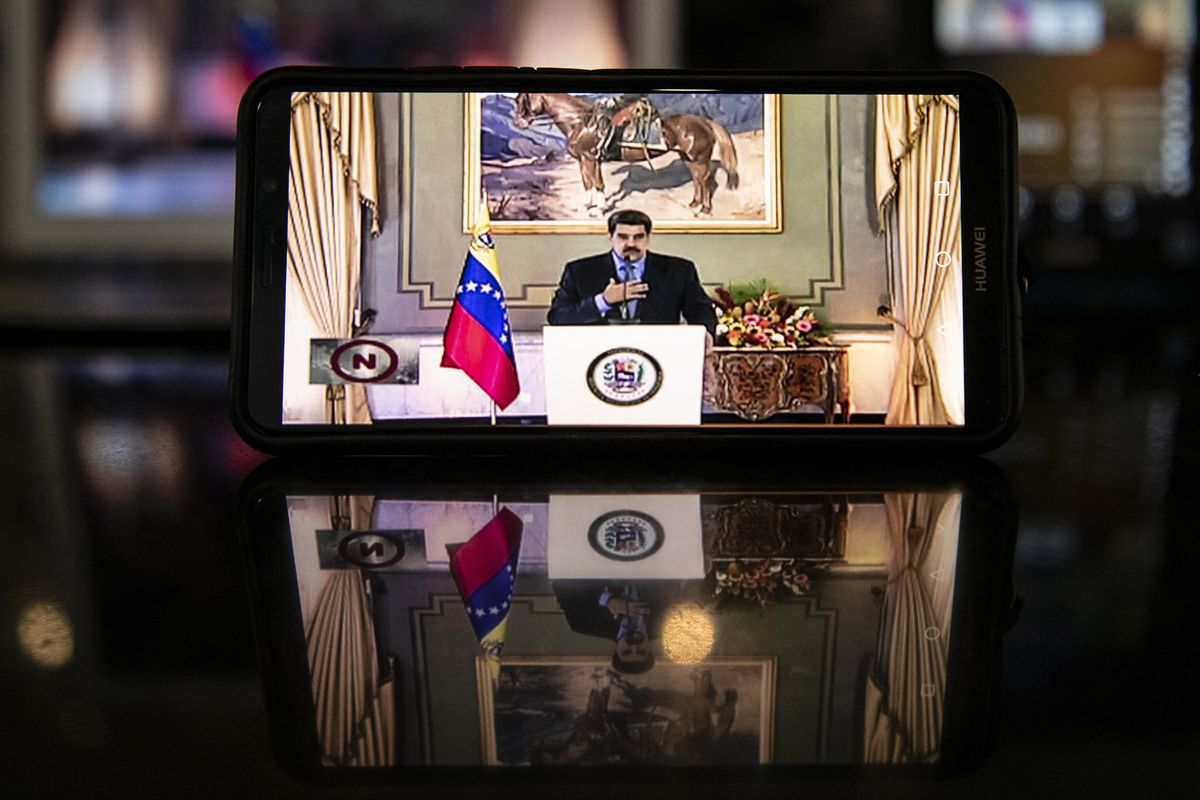 President Nicolas Maduro is poised to regain control of Venezuela’s National Assembly on Sunday, in a vote that’s being boycotted by the main opposition parties.

His almost-inevitable landslide will cement his grip on the last major institution in the country that has democratic legitimacy.

A win for Maduro will further weaken the position of opposition leader Juan Guaido. He is recognized as the legitimate ruler of Venezuela by the U.S. and dozens of its allies, but that’s based on his status as head of congress, which he is about to lose.

Guaido and his allies are boycotting the election, citing the absence of international monitors, while a minority segment of the opposition is taking part.

Turnout is expected to be between 25% and 36%, according to Venezuelan pollsters. In the last congressional vote held in 2015, participation was 76%.

Polls are open from 6 a.m. until 6 p.m., with results expected Sunday evening.

Fewer people will turn out this time because the election is not perceived as credible, said Luis Vicente Leon, director of Caracas firm Datanalisis.

“This electoral event will have neither massive opposition witnesses, nor credible audit, nor trusted automated voting systems, which makes it difficult to be sure of its real results,” Leon said.

The government is trying to boost turnout through cash payments and food handouts. Maduro even promised to grant “special prizes” to the 100 communities with the highest participation rates.

With no real opponents and widespread apathy, the government could win between 190 and 230 of the 277 seats, according to Caracas-based political risk firm ORC Consultores. The new assembly will take over on Jan. 5.

Maduro will likely try to use control of the National Assembly to try to bypass U.S. sanctions and attract some foreign investment, especially through oil ventures, according to ORC director Oswaldo Ramirez. The assembly has to approve such investments.

Although the main opposition parties won’t participate, some of them will still appear on the ballot. That’s because the top court — packed with Maduro loyalists — suspended and replaced the boards of those parties to hand them over to government allies in an attempt to boost the election’s appearance of legitimacy.

The economy is suffering through its seventh straight year of contraction, with food shortages and annual inflation of 6,600%.