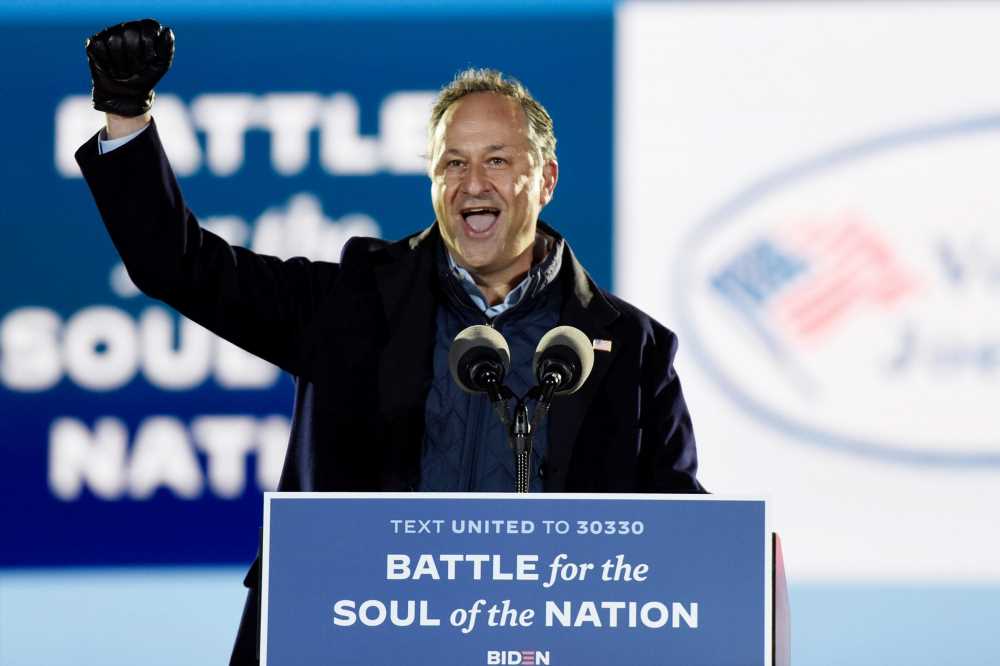 The husband of Vice President-elect Kamala Harris was announced Thursday as joining the faculty at the Georgetown University Law Center, where he will teach a two-credit course beginning in January for the spring semester titled "Entertainment Law Disputes," according to a spokeswoman for the Biden-Harris transition.

The 56-year-old entertainment attorney, who has been practicing law for almost three decades, will also serve as "a Distinguished Fellow of the Georgetown Law Institute for Technology Law and Policy drawing on his expertise in entertainment and media law," the transition team says.

In a release shared by the Washington, D.C.-based university, Emhoff said, "I've long wanted to teach and serve the next generation of young lawyers."

"I couldn't be more excited to join the Georgetown community," he added. Georgetown Law Dean William M. Treanor said in the release that he was "delighted" that Emhoff will be coming on board, referring to his new faculty member as "one of the nation's leading intellectual property and business litigators" with "a strong commitment to social justice."

"I know our students will greatly benefit from his experience and insight, and I am eagerly looking forward to his arrival," Treanor said.

The transition spokeswoman notes to PEOPLE that Emhoff's new position at Georgetown "will be separate and apart from his official role as second gentleman."

"Mr. Emhoff continues to work with the Biden-Harris transition team to develop the portfolio he will focus on to support the work of the Administration," the spokeswoman said. Emhoff was born in Brooklyn, New York, before moving to California when he was 17 years old. A graduate of University of Southern California's Gould School of Law, he notably represented the advertising agency TBWA Worldwide in a case over the rights to the Taco Bell chihuahua in the fast-food company's "Yo Quiero Taco Bell" ads.

Harris' husband is still listed as a partner at DLA Piper Law Firm in Los Angeles, but it was reported in November that he will be leaving the California firm ahead of the presidential inauguration next month, amid his new work in Washington, D.C.

Emhoff — who has two kids, Cole and Ella, from a previous marriage — tied the knot with Harris, 56, in 2014 after being introduced by a mutual friend. Ahead of the 2020 presidential election, when his wife and President-elect Joe Biden beat out incumbents Donald Trump and Mike Pence, Emhoff told PEOPLE that he would not become an adviser to Harris, insisting, "I'm her husband, that's it."

"She's got plenty of great people giving her political advice," Emhoff said then. "I'm her partner, I'm her best friend and I'm her husband. And that's what I'm here for. I'm here to have her back."