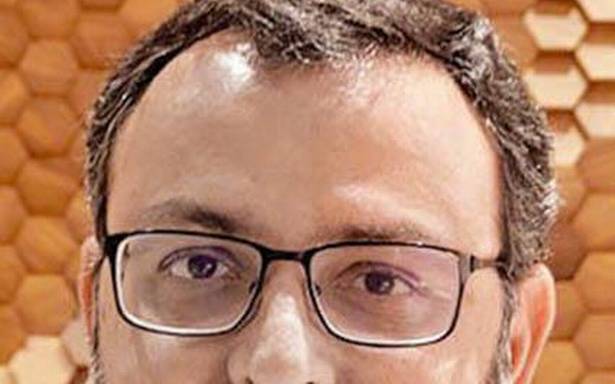 The decades-old relationship between the Tata group and minority shareholder Shapoorji Pallonji Group was based on trust, but the management of company affairs by the majority Tata Group was conducted in a manner ‘prejudicial’ and ‘oppressive’ to the members, including Cyrus Pallonji Mistry, who was removed as executive chairman, senior advocate C.A. Sundaram, for Cyrus Investments, told the Supreme Court on Thursday.

In his counter arguments before a Bench led by Chief Justice of India Sharad A. Bobde, Mr. Sundaram referred to how the National Company Law Appellate Tribunal (NCLAT) judgment on December 18 last year restored Mr. Mistry as the executive chairman while concluding the ‘company’s affairs have been or are being conducted in a manner ‘prejudicial’ and ‘oppressive’ to members, including Mr. Cyrus Pallonji Mistry.’

The senior lawyer said the tribunal had invoked Section 242 of the Companies Act 2013 on the ground that though it was ‘just and equitable’ to issue an order to wind up Tata Sons, such a direction would only further prejudice members.

Senior advocate Harish Salve had earlier argued the tribunal did not, in its judgment, specify the reasons for arriving at its conclusion that Tata Sons — the holding firm of the Tata group — was a fit case for winding up.

Section 242 allows the tribunal to intervene/regulate the affairs of a company managed in a manner prejudicial or oppressive to its members or public interest or even the company’s own interests. The provision empowers the Tribunal to find an alternative to winding up the company, which is otherwise solvent and profitable. Winding up would only cause further harm to the members or public interest, though there is every ‘just and equitable’ ground to wind it up.

“A company being a profit-making company is not a criteria for deciding whether there is oppression or mismanagement,” Mr. Sundaram submitted.

“Does ‘oppression’ mean an act which prejudices the other side so that it causes monetary loss or hampers the right of the member to take a decision?” Chief Justice Bobde queried.

“It could mean any act which leads to loss of confidence in the manner in which company is being run,” Mr. Sundaram responded

He said the Companies Act of 2013 expanded the scope for Tribunal to intervene by including ‘oppression’ and ‘prejudice‘ to a member as a ground under Section 242.

“Under the 2013 Act, an action can be prejudicial without being oppressive. The two are distinct… There have been acts which have been prejudicial to us though not necessarily oppressive… The act of converting the company from public to private was to prejudice me because the protections afforded by virtue of being public were taken away. The whole conduct by which the company was made private showed that the minority was being sidelined. Justifiable loss of confidence in management or exclusion from management in quasi partnership are grounds for winding up on just and equitable grounds,” Mr. Sundaram argued.

The hearing will resume on Monday.

Earlier this year, Mr. Mistry had moved the Supreme Court in a cross-appeal, saying the NCLAT judgment did not secure the interests of Shapoorji Pallonji from prejudicial conduct in the future. The apex court by that time had already stayed the NCLAT verdict on the basis of the appeals filed by Tata Sons and its chairman emeritus, Ratan Tata.

In his appeal, Mr. Mistry has portrayed the SP Group “a guardian of the Tata Group for over six decades”. The SP Group is the single largest non-Tata shareholder with 18.37% equity in Tata Sons. He said he was removed by a board which had capitulated to the majority shareholders. It was like a “pre-agreed script.”