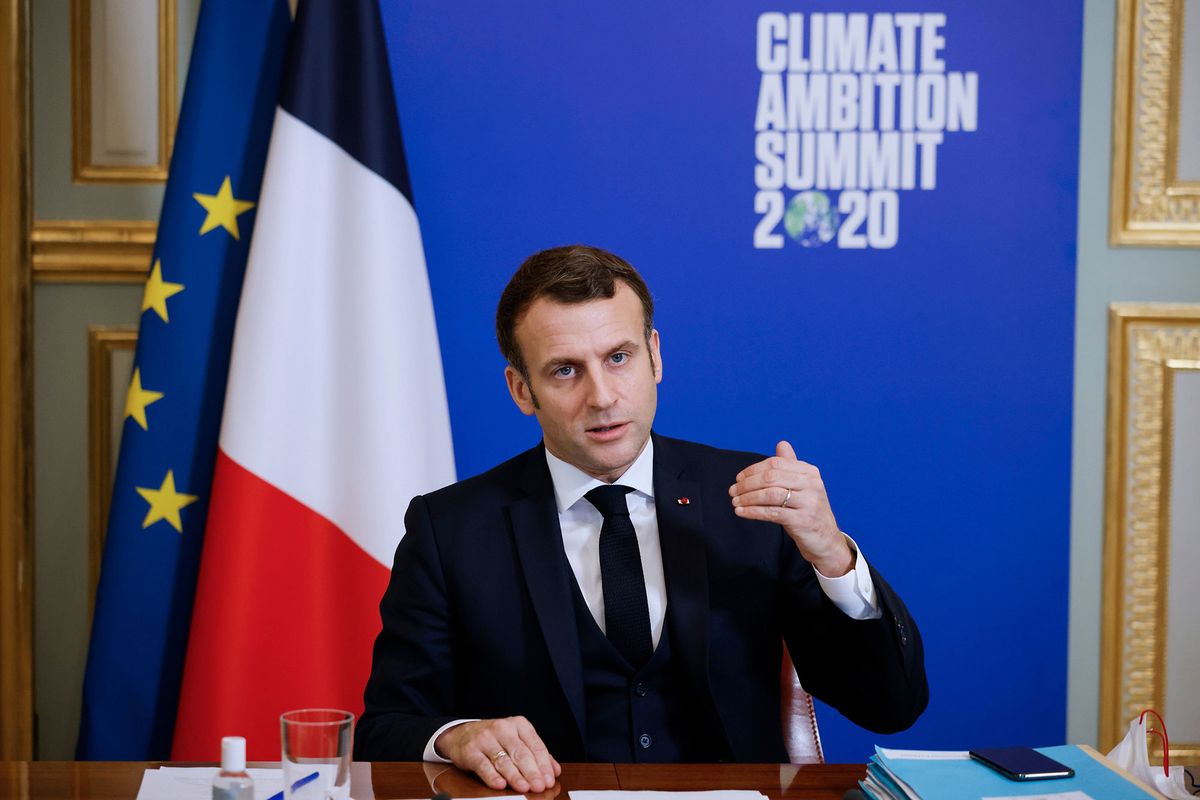 French President Emmanuel Macron is spearheading a pledge by the country’s largest companies to be more transparent about their efforts to cut greenhouse gas emissions and address climate change, a step he says should eventually lead to similar commitments by G-20 countries.

On Saturday, leaders of companies on France’s top stock index — the CAC40 — joined Macron in saying they’d abide by guidelines to report climate risks in their strategy and governance. The move is in line with a key target of the 2015 Paris Agreement to mobilizing private capital to support a pivot away from fossil fuel dependency.

”We need to eventually reach an agreement on these topics, which would become binding,” modeled on the international regulatory framework for banks and insurance firms, Macron said on the sidelines of the roundtable. “That’s why we are carrying these initiatives to G-20 next.”

Macron is trying to defend his track record on the environment even as his strategy is being questioned, and as he reckons with France’s delay in developing renewable energy sources. He has been criticized for failing to implement proposals made by a group of 150 citizens he appointed to spearhead climate measures, after initially saying he would embrace them. The president said he would meet with the members of the citizens assembly Monday and wished to continue working with them.

In France, because nuclear energy is important and low-emission, “the heart of our effort will be to transform the transport sector” and housing, he said, foreshadowing a law on climate change that’s still in discussion, and that he’s said will reflect the assembly’s recommendations.

Macron’s push for green finance may not appease his critics. So far, Macron hasn’t indicated that he’ll force French companies to make the disclosures, although a French minister said in 2017 the government would push to make the recommendations binding. A Macron aide said the CAC40 commitment was non-binding.

A non-binding commitment is “much more efficient than a binding law, which only touches upon certain sectors and your system. The only binding law that would work on such a topic would be an EU law,” Macron said.

The guidelines were designed by the G20-backed Task Force on Climate-Related Financial Disclosures, and help companies show investors how climate change may impact things like their supply chains, infrastructure and financial stability.

While the measures may boost transparency, they don’t guarantee companies will also take necessary action to reduce their climate impact. Just 17 of the CAC40 companies have set climate targets which have been approved by the Science Based Targets initiative, indicating that many have yet to make rigorous commitments.

Michael Bloomberg, the founder and majority shareholder of Bloomberg LP, the parent company of Bloomberg News, is the task force’s chair.

In November, the U.K became the first major nation to say it will require large companies and financial firms to disclose climate-change risks from 2025. New Zealand also said earlier this year that it plans to implement similar measures.

Macron claimed a diplomatic win on Friday after the European Union adopted a more ambitious goal to cut its net emissions by 55%, by 2030, compared to 1990 levels. The previous target was for a 40% cut, excluding natural carbon sinks, such as forests or soils, in the calculation of emissions.

— With assistance by Todd Gillespie