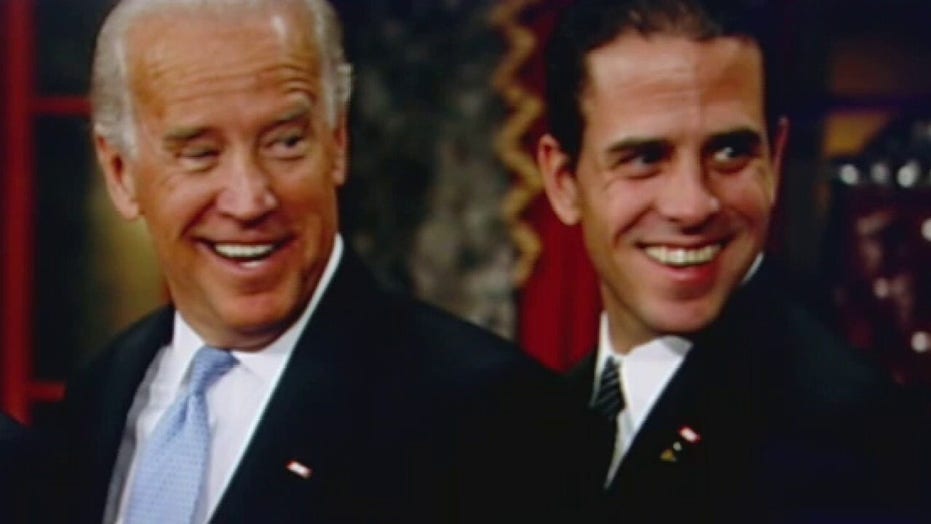 You've got to give some credit to whichever MSNBC contributor wrote Joe Biden's speech Monday night. If you didn't know better, you might think everything is better now. The Great Orange Emergency is finally over, it's 1996 again, and we can exhale.

"In this battle for the soul of America," Joe Biden told us, "democracy prevailed."

Joe Biden wants you to know he didn't run for president three times because he craves power or because he seeks to enrich ne'er-do-well relatives or because he has a vast, empty space inside that only the adulation of strangers can fill. No, he ran for president because he deeply cares about you. What matters, Joe Biden wants you to know, is that this is a democracy. Always has been, always will be. And by electing Biden and the small, secretive group of billionaires who choreograph his every move, this country has become even more democratic.

And that's reassuring to hear, honestly, because some of us were starting to get other impressions, distinctly non-democratic ones.

Just the other day, for example, Bill Gates announced that the lockdowns we're enduring are going to have to continue for a long, long time. Bill Gates is not an epidemiologist or a research scientist. Bill Gates is a retired 65-year-old from Seattle who used to make mediocre software for office computers. But now he's a billionaire. Therefore, Bill Gates gets to decide our national health policy, much the same way retired hedge fund operator Tom Steyer gets to tell you what to think about the weather, or how 78-year-old Mike Bloomberg decides which guns you can buy or how George Soros can choose your prosecutors or how Tim Cook of Apple runs our trade policy or how Mark Zuckerberg of Facebook can keep America's borders open just because he feels like it, but nobody says anything because his friend owns Washington, D.C.'s hometown newspaper and may soon buy CNN.

That is the democracy Joe Biden is talking about, the kind of democracy in which 11 left-wing billionaires who fund his campaigns run everything. That's the Chinese model of democracy that Joe Biden and his friends so admire. In China, people in power don't have to answer questions, so neither does Joe Biden.

People may grant politicians power in America, but it turns out the people granting that power don't get answers. What we do know is that Joe Biden is "very proud" of his son and his son's federal criminal investigation, and that's all you need to know.

So why isn't Joe Biden willing to answer even basic questions about his son's foreign business dealings, the ones where he had very lucrative arrangements with companies directly tied to the Communist Party of China? It could be because Joe Biden himself was directly involved in those deals and has been lying about them. We've been telling you that for more than a month, and now it's obvious.

One of Biden's former business partners, Tony Bobulinski, already presented contemporaneous documentation proving that the reason the press corps and their allies in Silicon Valley did everything they could to bury that story is that they knew perfectly well that more evidence was coming. It has now arrived.

So, the new office mates included the former vice president, his wife and a representative of CEFC, the Chinese energy company that – according to emails published by The New York Post — was reserving a 10% equity stake for Joe Biden. The man that Gongweng Dong represented, CEFC's chairman, has ties to the Chinese military and intelligence services, and apparently has since disappeared somewhere in mainland China.

But according to an August 2017 email written by Hunter Biden, Chairman Ye also offered Hunter Biden a three-year, $30 million contract for "introductions alone." To whom? His dad, Joe Biden. If all this seems a little dodgy to you, you should know that back in 2019, Joe Biden wasn't repeating the same line about being proud of his son. No, he went on the record and denied he knew anything about his son's business relationships abroad, including with Chinese communists.

The truth is, Joe Biden must think people are as slow as he's become. The point of the Biden political operation – one of them, anyway – from the very beginning has been to make as much money through influence-peddling as possible. How many 10,000-square-foot homes has Joe Biden, who's been in public office at the federal level since 1972, been able to live in? A number of them. How do you do that on a government salary? How did Hunter Biden go from unemployable to rich virtually overnight? You know the answer.

Back in January 2017, a man called Eric Schwerin – the president of the younger Biden's company, Rosemont Seneca – emailed Hunter Biden to warn him that things were getting a little too obvious.

We're not with the IRS, so we don't know whether Hunter Biden ever amended his tax returns to account for the hundreds of thousands of dollars he was making from Ukrainian oligarchs in a business that his father made possible by firing the prosecutor who was going to hurt the company that was paying Hunter Biden. The DOJ investigation presumably is looking into all of that.

The emails from Eric Schwerin do offer another window into the kind of life the Bidens were living: "Since you couldn't have lived on approximately $550,000, …," Schwerin wrote to Hunter Biden at one point, "you 'borrowed' some money from Rosemont Seneca in advance of those payments."

So here you have Hunter Biden, a person who became so dependent on peddling influence that he couldn't live on a $550,000 per year salary.

If you're going to restore democracy, the rest of us have a right to know exactly where the money came from, what did they do for it and what effect is it going to have on the country going forward. In a democracy, that's a very basic request, and there's nothing democratic about ignoring the question. In fact, it just confirms what's obvious, which is that Biden and the Democrats don't plan to govern this county as a democracy, but instead as an oligarchy.

This article is adapted from Tucker Carlson's opening monologue on the Dec. 14, 2020 edition of "Tucker Carlson Tonight."