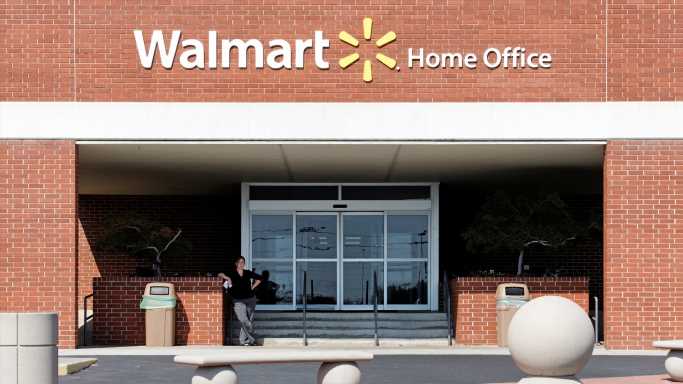 For the past year, Walmart Inc. (NYSE: WMT) has been testing a self-driving vehicle with a human driver on-board on a two-mile route in the company’s hometown of Bentonville, Arkansas. Beginning next year, the human driver will be removed and the delivery truck will operate fully autonomously along a prescribed, “middle mile” route.

The vehicles, called Box Trucks, are manufactured by Gatik, a California-based startup that struck a deal to provide delivery between a Walmart warehouse in Bentonville and one of the company’s Neighborhood Markets. The trucks follow a route that is both fixed and predictable. Gatik calls this “structured autonomy” that is both safe and efficient “because it enables us to constrain the challenge of autonomy, thereby heavily over-optimizing our delivery routes and minimizing edge-cases.”

The deal with Gatik has not been Walmart’s only move into autonomous vehicles. Last November, the retailing giant signed a deal with Cruise, the autonomous driving division of General Motors, to test a home delivery service in Scottsdale, Arizona. This service is usually called “last mile” delivery.

In addition to the change to fully autonomous vehicles in Arkansas, Walmart and Gatik also will begin testing a 20-mile route between New Orleans and Metairie, Louisiana. These trucks will operate with a human safety driver.

Another interesting thing about the expanded autonomous driving tests is the use of what Walmart calls “dark stores.” These are buildings (perhaps even previously retail stores) that are dedicated to fulfilling online orders. The COVID-19 pandemic has sped up the process of converting to or building new dark stores.

Amazon converted six of its Whole Earth stores to fulfilling online orders and built a new dark store in Brooklyn earlier this year. Walmart also has converted a store in New Hampshire to a dark store. According to Fast Company, Bed, Bath & Beyond plans to convert a quarter of its retail stores to dark stores.

In metropolitan areas, a dark store could use a self-driving vehicle to deliver goods packed orders to retail outlets where customers could then pick them up. In Walmart’s case, the company claims that 90% of Americans live within 10 miles of a Walmart store.

As Tom Ward, a senior vice-president at Walmart U.S., noted in Tuesday’s announcement, “a closer store isn’t always the answer. Perhaps it’s just a pickup location, with an autonomous vehicle making deliveries on a constant loop.”