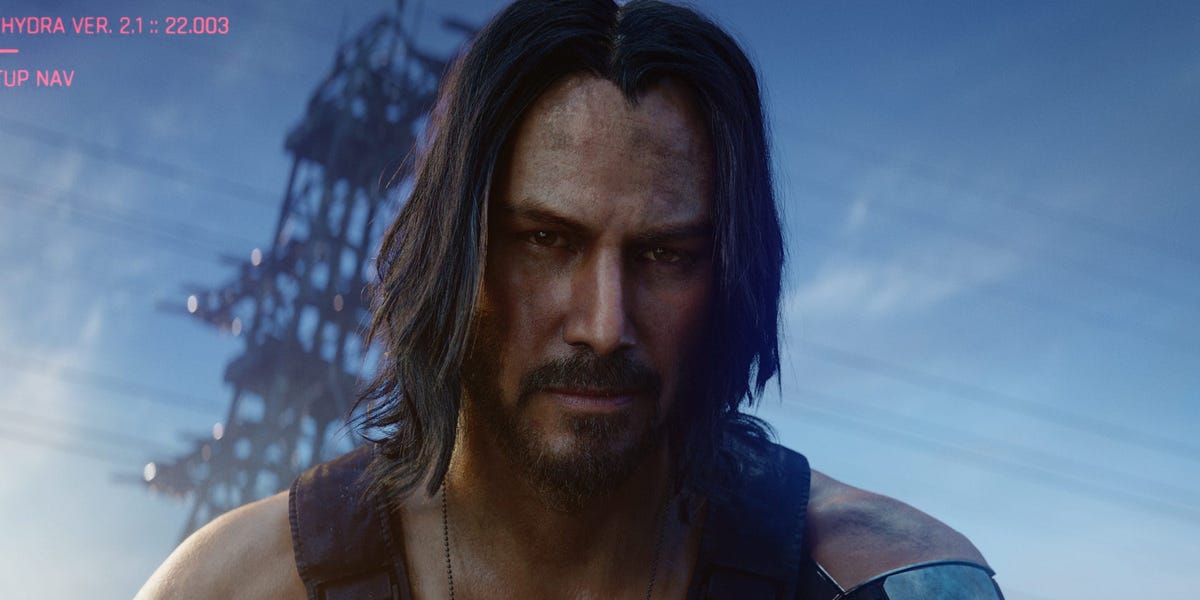 After years of anticipation, and a gaggle of delays, "Cyberpunk 2077" finally launched last week for the PlayStation 4, Xbox One, and PC.

Just one week later, Sony outright pulled the game from its PlayStation digital storefront. Moreover, full discounts are available to anyone who purchased "Cyberpunk 2077" through the PlayStation Store or the Xbox Store. The game's developer, CD Projekt Red, has seen its stock value plummet as gamers report that the game is rife with bugs.

So, what went wrong? Here's everything we know so far.

"Cyberpunk 2077" was in development for a very long time — its first teaser trailer premiered in early 2013, before the Xbox One and PlayStation 4 launched.

Hype for "Cyberpunk 2077" has been building for nearly a decade at this point — the game was announced and given a teaser trailer months before the Xbox One and PlayStation 4 launched back in 2013.

Between then and now, "Cyberpunk 2077" developer CD Projekt Red has been drip-feeding new trailers and major announcements. With each year's video game trade show, E3, a new trailer for "Cyberpunk 2077" would appear. In 2019, Keanu Reeves even showed up to get people hyped up (Reeves plays a character, Johnny Silverhand, in the game). It was very effective.

Some of that hype was due to tens of millions of dollars spent on marketing the new game, but at least part of the blame can be directed at something out of the developer's hands: With the launch of "The Witcher 3: Wild Hunt" in 2015, and its overwhelming success, "Cyberpunk 2077" developer CD Projekt Red accidentally ballooned expectations for its next project.

By 2020, with new PlayStation and Xbox consoles arriving during the critical holiday sales season and few major games to play on those new consoles, hype for "Cyberpunk 2077" had reached a fever pitch. 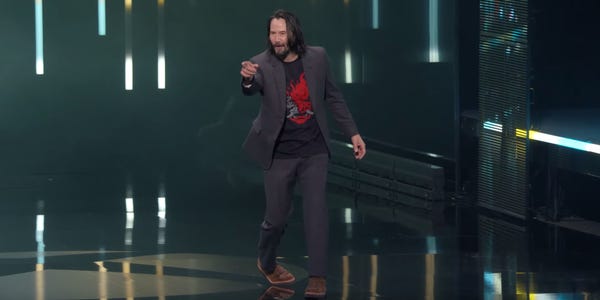 When Reeves made his surprise appearance at the Xbox event during E3 2019, memorably shouting, "You're breathtaking! You're all breathtaking!" in response to fans in the crowd, he announced a release window for "Cyberpunk 2077": April 2020.

But by April 2020, the game had been delayed to November — the most important month of the year for video game launches. The PlayStation 5 and new Xbox consoles launched in mid-November, as did this year's "Call of Duty" game.

Then, in a last-minute surprise, CD Projekt Red delayed "Cyberpunk 2077" once more. This time, the studio said, the game would come out for sure on December 10. It was the fourth release date and third such delay to "Cyberpunk 2077," and it came after the studio's public announcement in October that the game had "gone gold" — a video game industry term that signifies a game is content complete, can be played from beginning to end, and is ready to be pressed to a disc.

Between the time that a game "goes gold" and its launch date, many game studios work on a "Day 0" update that players must download before playing. These updates are intended to fix any known issues before players can encounter them, and it's this update that caused the final delay of "Cyberpunk 2077," according to its developers.

When game reviewers got "Cyberpunk 2077," they were only able to play it on PC — the PlayStation 4 and Xbox One versions weren't available until the last minute. 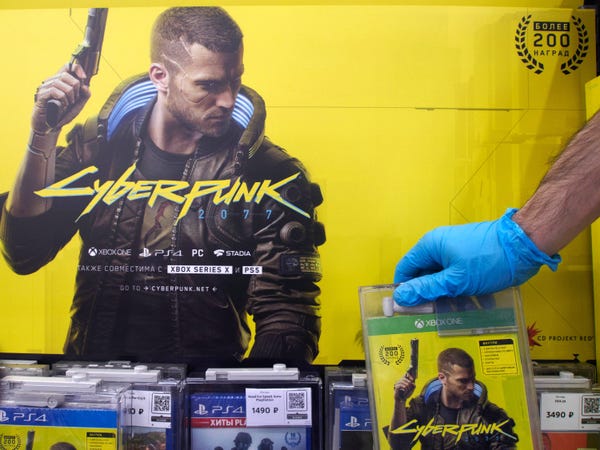 "As a reviewer with the benefit of hindsight, I feel duped and used [by 'Cyberpunk 2077' developer CD Projekt Red]," VentureBeat's Jeff Grubb wrote in a piece about the review process for the new game.

Grubb was one of a handful of journalists who were given access to the game early on the condition that they reviewed the game on PC. Though that condition unto itself isn't problematic, it was particularly relevant to "Cyberpunk 2077" — a game with major technical issues on the PlayStation 4 and Xbox One.

As highlighted in the piece, CD Projekt Red CEO Adam Kiciński had even explicitly said "the game is performing great on every platform" during an investors call in November. He referred to the game's performance on the base model PlayStation 4 and Xbox One as "surprisingly good."

Reviewers, however, didn't have access to those versions of the game until the night before the game's launch. Though reviews mentioned bugs, crashes, and other technical issues, it was generally received well — the game has an 87% average on Metacritic.

When people finally got to play "Cyberpunk 2077" on December 10, they encountered wild bugs — missions that couldn't be completed, enemies that floated across the ground, and guns that floated in mid-air being held by no one, among many other things. Worse: the Xbox One and PlayStation 4 versions run terribly. 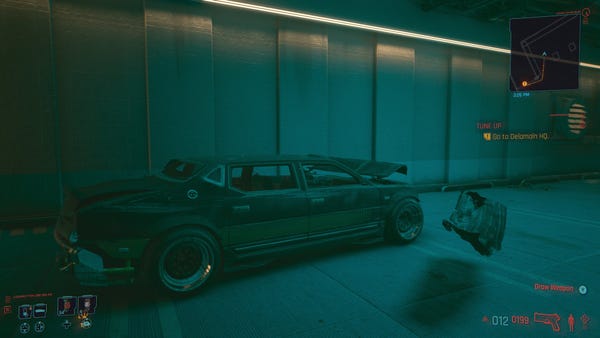 When the public finally got to play "Cyberpunk 2077" on December 10, they encountered a variety of wild bugs and technical issues.

Some player saw tiny trees everywhere, and some were unable to complete missions because the game's logic broke; some players reported crashes, and others reported extremely blurry textures.

In my experience with the game on an Xbox Series X, I've encountered a handful of bugs: a character who kept turning his head while speaking, and objects in the world that appeared to "pop in" too late. I got into a car accident, and part of my busted up car remained mid-air, floating next to my car (seen above).

The worst experiences, however, appear to be on the base models of the PlayStation 4 and Xbox One.

On PS4, for instance, the game runs "between 720p and 900p resolution," and the framerate regularly drops below 30 frames-per-second — the standard for smooth-looking gameplay — according to an analysis by Digital Foundry.

For PS4 and Xbox One players, that means blurry visuals and a game that doesn't run smoothly.

As backlash to the game has built across the last week, CD Projekt Red apologized and even offered refunds. The studio said that major patches for the game are coming in January and February. 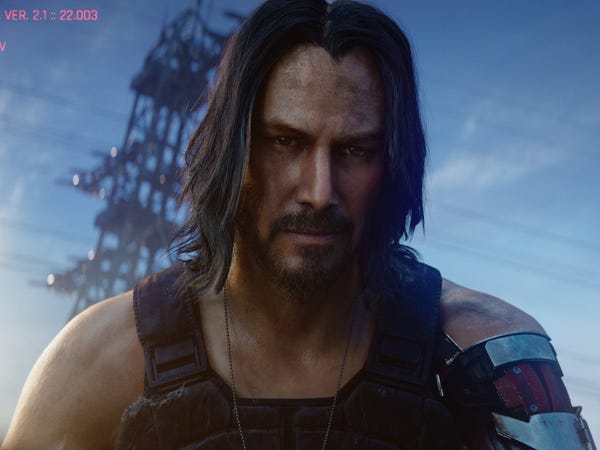 "We should have paid more attention to making it play better on PlayStation 4 and Xbox One," the company said. Unhappy players who bought the game through the Xbox and PlayStation digital storefronts could request a refund, the message said.

"Should this not be possible, please contact us at helpmerefund@cdprojektred.com and we will do our best to help you. Starting from today, you can contact us for a week up to December 21, 2020," the company said.

Then, on December 17, Sony announced it was pulling "Cyberpunk 2077" from the PlayStation Store and anyone who wanted a refund could have one. Refunds are also available to Xbox One players. 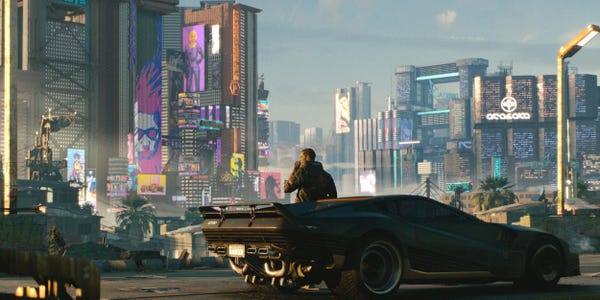 In an unprecedented move on Thursday night, Sony announced it was removing "Cyberpunk 2077" from the PlayStation digital storefront and granting refunds to anyone who requests one.

"[Sony Interactive Entertainment] strives to ensure a high level of customer satisfaction," the statement from Sony said. "Following discussions with CD Projekt S.A., the publisher and developer of 'Cyberpunk 2077,' SIE will begin to offer a full refund for all gamers who purchased 'Cyberpunk 2077' via PlayStation Store and want a refund at this time."

The game is no longer available to purchase through the PlayStation Store, and won't be available again "until further notice," Sony said. Without saying as much directly, Sony removed "Cyberpunk 2077" from sale specifically due to how poorly it runs on the PlayStation 4.

The game is still available at retail elsewhere for the PlayStation 4, and Microsoft has yet to remove the game from the Xbox Store. Xbox representatives did say on Friday that it would honor refund requests for the game. "To ensure that every player can get the experience they expect on Xbox, we will be expanding our existing refund policy to offer full refunds to anyone who purchased 'Cyberpunk 2077' digitally from the Microsoft Store, until further notice," the company said.

Due to the messy launch, "Cyberpunk 2077" developer CD Projekt Red has lost billions in stock value across the last week. 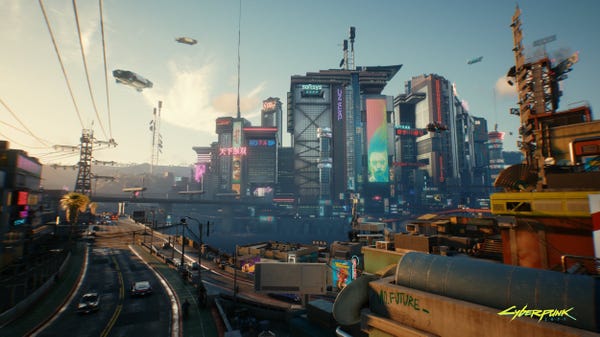 The game's development studio CD Projekt Red has seen its stock value plummet by over a third since the game's December 10 launch: from about $27 per share last Wednesday to about $18 per share as of Friday morning, representing billions of dollars in value.

That dropoff in stock value is no doubt due to the massively-hyped game's messy launch.

Notably, despite taking a hit to its stock value, CD Projekt said that the new game was already profitable ahead of launch thanks to massive pre-order sales: Before "Cyberpunk 2077" launched last week, it had already sold over 8 million copies. At a minimum of $60 apiece, that's just shy of $500 million in sales before anyone could even play the game.

In the long term, however, those early numbers may matter less as players request refunds and sentiment turns sour on a previously beloved game studio.