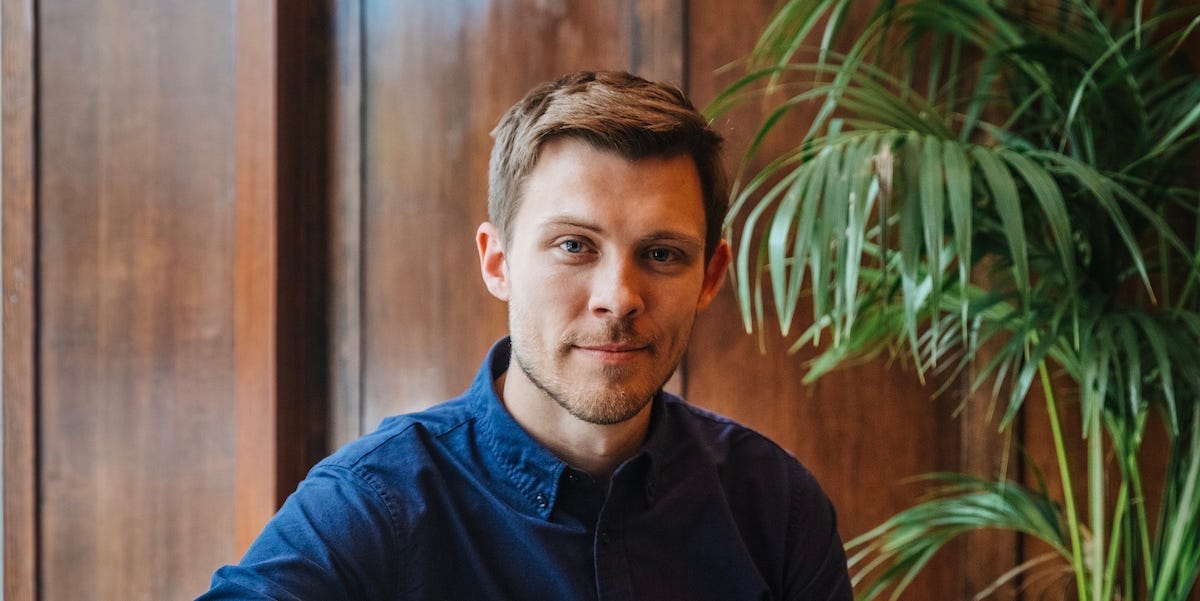 The independent bookstore Lark & Owl opened in Georgetown, Texas, in 2019 with a target sales goal of at least $800,000 in the first year. The plan was to sell a mixture of books, along with quirky gift items like stationery, socks, and mugs.

Without Faire, a wholesale marketplace that helps creators find independent retailers, the bookstore would not have reached its target, said Jane Estes, co-founder of Lark & Owl.

Faire helped Lark & Owl secure a $20,000 line of credit to help stock up on inventory through a pilot program it was testing last year.

"That was huge for us because as a new business, we could not get a line of credit," said Estes. The bookstore was able to pay off their loan to Faire by using a payment plan, over the course of 12 weeks, with a small interest fee of 3%.

The company is now launching the program "Open with Faire," at scale and announced plans Thursday to accept other retailers into the program in 2021. In addition to offering the payment plan option, Faire will also offer another option that allows businesses to pay back their invoices within 60 days with no fees or interests.

As a founder who's startup almost faced a near-death experience in the spring, Faire co-founder and CEO Max Rhodes said he was encouraged to launch the "Open with Faire" program because he has seen so many small businesses fail in their first year. "They end up in a death spiral where the stuff isn't selling, but they aren't generating revenue to be able to buy more inventory," said Rhodes in an interview with Business Insider.

Rhodes, 33, grew up in Norman, Oklahoma. As an undergraduate at Yale University, he studied history while running a student painting business on the side.

After college, he briefly worked at the management consulting firm Bain & Co. as an associate consultant before landing at Square, the mobile payment company.

Rhodes had a thriving career as a product manager at Square, working on Square Capital and Square Cash. After Square's acquisition of Caviar in 2014, Rhodes led product strategy and development for the Caviar website and the launch of its first app.

The idea of Faire first surfaced while texting with three other Square co-workers who later turned into his co-founders. They were swapping startup ideas in text chain they jokingly called "2020 IPO," referring to the great success one of these ideas would one day have.  The team talked about a lot of ideas in that string but were more into an idea around virtual reality than an online wholesale business.

Still, the idea festered in Rhodes mind. After five years at Square, in 2016 he quit his job to pursue his entrepreneurial dreams. Before his departure, Square and Twitter CEO Jack Dorsey asked him if there was anything he could do to convince him to stay at Square.

Rhodes politely declined and told Dorsey that he wanted to go to start a company. Dorsey responded by saying "I get it," and graciously hosted a going away dinner for Rhodes at a Mexican restaurant in the Outer Sunset neighborhood of San Francisco. They still keep in touch.

"I learned so much from him. Faire would not have happened without Square. There's no chance," said Rhodes. Dorsey did not invest in Faire.

Faire went on to participate in the Y-Combinator seed accelerator program founded by famed investor Paul Graham and his wife Jessica Livingston. At YC, they met early investor Kirsten Green, a managing partner at Forerunner Ventures.

"What stood out with the team from Faire was they had the unique insight and they understood the market, given their experience with small business at Square," said Green, who is also a board member.

The pandemic was hard on a lot of startups, but for Faire, there were moments that felt even more intense because the company entered 2020 on a high note, said Rhodes.

Like Etsy, Faire offers artisanal products such as a wooden breadboard for $40 by an artist in Brunswick, Georgia. Unlike Etsy, Faire targets independent shop owners instead of individual buyers. The company says it has connected more than 100 thousand local retailers with 13 thousand brands.

"We entered this year knowing that our business model worked, our growth model was working, we were getting ready to scale," said Rhodes.

Overnight, the company went from "here we come world" mode to panic mode. After San Francisco's shelter-in-place order on March 15, sales dropped 60% in a one-week period.

"To be totally honest, that whole week I was totally paralyzed," said Rhodes. While shopping for groceries with his wife, Rhodes realized he needed to completely re-plan the business.

"I felt like I was in a disaster movie," said Rhodes. "I had board members calling just freaking out." He met with the team, and created a "2020 crisis strategy document," some of which was shared exclusively with Business Insider. The strategy included three main scenarios to get through the pandemic, ranked in order from the best-to-worse case.

1) Accelerate: the U.S. is able to flatten the curve over the course of three months and people can return to their daily lives in the summer and fall. The holiday season is within 20% of previous expectations.

2) Stabilize: the U.S. is able to flatten the curve, but 25% of the population continues to struggle with regular outbreaks. Sales are depressed to 60% of pre-crisis levels through the remainder of the year, and even lower in areas with multiple waves of lockdowns.

3) Hedgehog: the U.S. can't get the virus under control for 18 months, and we are forced to endure rolling lockdowns across the entire country. Discretionary spending falls to Great Depression-era levels. The stimulus is insufficient so almost 20% of active retailers fail during the crisis.

When Rhodes presented the crisis strategy to his board members one week later, the board stopped him as he was going through the first, rosier scenario. "One of our board members said, you need a fourth scenario. One that's even worse than your worst," recalls Rhodes. "That was a little bit of a wake-up call."

By preserving capital and focusing on the customers, Rhodes said the team was able to turn the business around. By June, Faire redid their roadmap again, and this time it was based on the accelerate plan.

"Week after week, more data would come in showing that our retailers were doing okay," said Rhodes. "They adapted and figured out how to sell online."

In September, Rhodes decided it was time to fundraise not because he needed the cash, but because investors were knocking on his door. "I think word got out that we were one of the unexpected pandemic beneficiaries," said Rhodes. He ended up with nearly a dozen term sheets.

On October 27, Faire completed a $170 million Series E funding round that more than doubled its valuation to $2.5 billion. Sequoia Capital partner Ravi Gupta led the round.

The famous venture capital firm who made early bets on DoorDash and Airbnb had led Faire's seed round, and participated in some other later rounds, but had, until the Series E, declined to lead another round, a spokesperson confirmed.

Not one to hold a grudge, Rhodes cited Sequoia's resistance to leading other rounds as one of the reasons why he gave it a second chance with this big growth round.

Their willingness to say, "we were wrong," and "we made a mistake," and to hit the valuation target that everyone else was hitting, spoke to the level of the conviction that they had, said Rhodes.

With $170 million in fresh capital, Faire is entering the new year with big plans. One includes an international expansion plan to launch in the UK and other parts of Europe in the early part of 2021.

Faire also plans to grow its team after pausing hiring for a few months earlier this year. The company currently counts 325 employees and plans to nearly double the headcount next year, said a company spokeswoman.

And while Rhodes would not comment on an exact timeline for an IPO, he's at least thinking about it. Among the many reasons why the team picked Sequoia for the Series E funding round was because they wanted a partner that had public market experience "to help us think about an IPO in the future."

The company took a devastating moment in March and turned the business around by getting closer to their user base, said early investor and board member Green. "I think this is a breakout year for the company," said added.