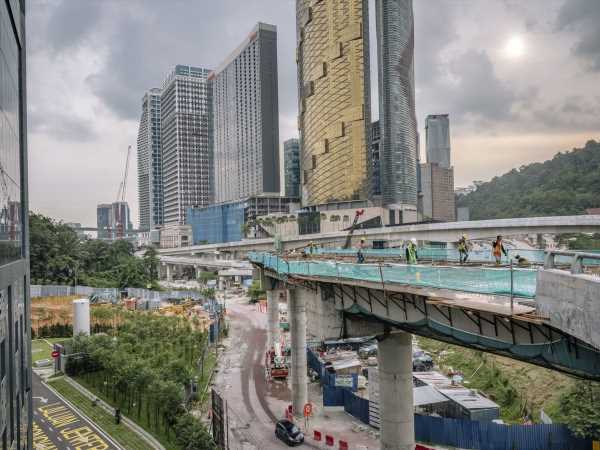 Malaysia will enter 2021 with its biggest spending plan yet to spur its virus-hit economy, but concerns are focusing on how to foot the bill after a sovereign-rating downgrade earlier this month.

The government expects revenue to rise 4.2% next year, counting on higher tax collections — without raising taxes or introducing new ones — coupled with a move to slash its dependence on oil. The plan hinges on one key assumption: that tax income will rise as economic activity returns close to normal.

“If the economy does not recover as strongly as the 6.5%-7.5% that the government is expecting, any revenue shortfall is likely to manifest” in lower tax revenue, said Wellian Wiranto, an economist at Oversea-Chinese Banking Corp. in Singapore.

It’s a big gamble. Finance Minister Tengku Zafrul Abdul Aziz said last month that this year’s economic performance will be “closer to -5.5%” than the 4.5% contraction previously expected. That was after taking into account renewed movement curbs, expected to cost the economy 300 million ringgit ($74 million) a day, amid a fresh wave of Covid-19 infections that emerged in late September.

Even with the pandemic still raging, the government relaxed restrictions this month to give the economy some breathing room. Daily virus cases hit a record-high of 2,234 on Dec. 10, and several major glove makers — including Top Glove Corp., the world’s largest — halted production lines as infections spread among staff.

“There are speed bumps on the road to recovery,” Maybank analysts wrote in a mid-December research note. The newest virus wave is more severe, and there may be a “scarring effect” on the economy that has been masked or delayed by relief measures that were extended into next year, they wrote. The bank expects Malaysia’s gross domestic product to grow 5.1% in 2021.

Aggravating the problem is the fact that Malaysia has few revenue sources to draw on. Since abolishing an unpopular Goods and Services Tax in 2018, the country has depended on oil-and-gas revenue and dividends, largely from state energy company Petroliam Nasional Bhd., to fill its coffers. That backfired when crude prices plunged this year, contributing to a 14% decline in government revenue for 2020.

“The government urgently needs to expand its revenue base, as expenditure is slated to rise to fund economic recovery efforts,” he said. “The government would be at a loss to increase its coffers if it doesn’t capitalize on taxing consumption.”

Malaysia is studying various consumption-tax models to gauge their effects on the economy and living costs, Finance Minister Zafrul said in a written reply to parliament Dec. 15. The government won’t make any such decision during the pandemic, and will wait until the economy recovers, he added.

The government’s budget plight is sounding alarm bells after Fitch Ratings downgraded the sovereign earlier this month. Even with a stronger recovery in real GDP, any revenue growth next year is likely to be “moderate in nature,” said Andrew Wood, a Singapore-based analyst at S&P Global Ratings.

“A smaller revenue footprint relative to the size of the economy could put pressure on Malaysia’s fiscal settings, either limiting government expenditure or leading to a larger budget deficit,” he said. S&P’s long-term rating on Malaysia carries a negative outlook, and could face “downward pressure” if the agency sees a weaker commitment to fiscal consolidation, Wood said.

Moody’s, in an outlook report published Dec. 1, said the narrow revenue base limits the government’s flexibility to respond to shocks such as the pandemic, and leaves the country prone to volatile capital flows.

For now, investors are looking past the Fitch downgrade and rising Covid cases after lawmakers approved Prime Minister Muhyiddin Yassin’s annual spending plan, erasing some political risk. The ringgit is trading near its strongest level in more than two years and the main stock index is up 4% for the year, after posting annual declines in 2018 and 2019.

“Over the medium term, the government probably realizes the importance of bringing even a politically tricky revenue stream such as GST back on board,” OCBC’s Wiranto said. “Even if the plan might have to wait for a better economic and political environment to be adopted, it may be a matter of time before it’s reintroduced in some form.”