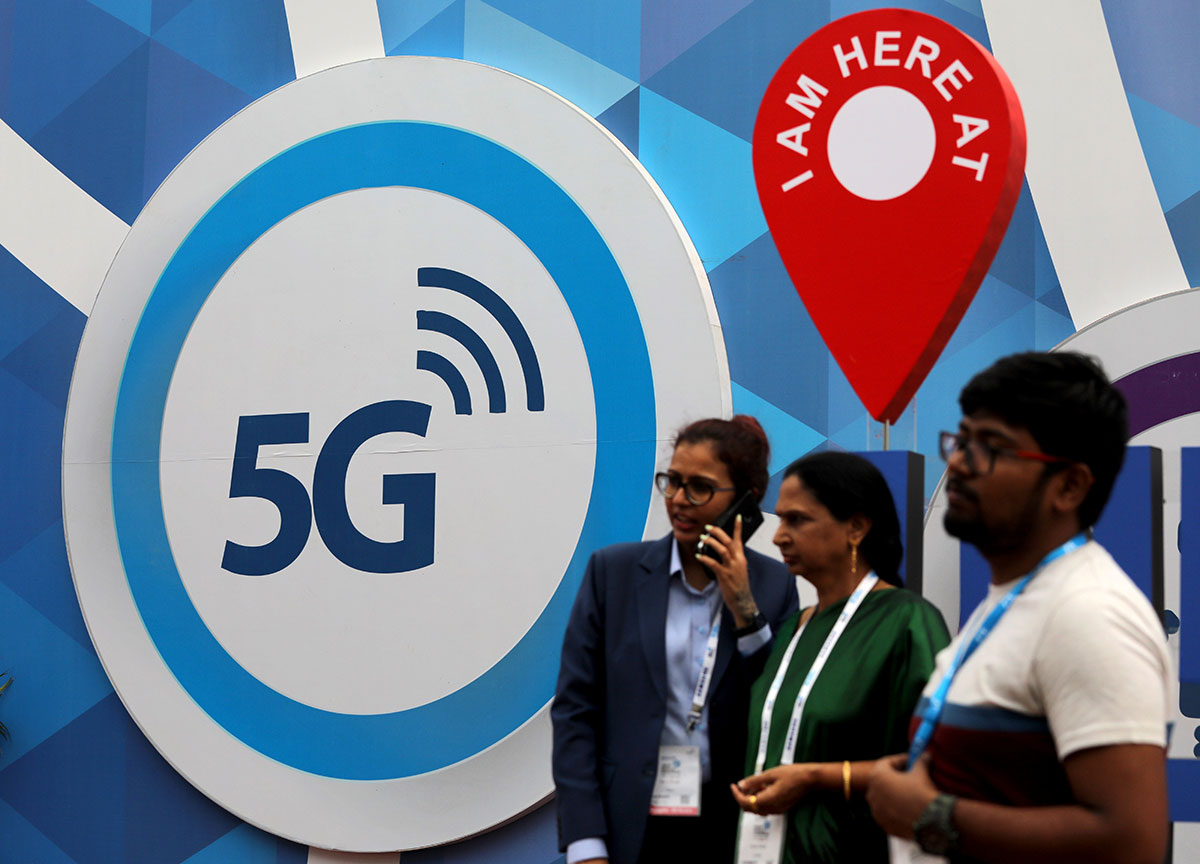 Nivedita Mookerji explains why a timely rollout of 5G may not be easy in India.

In the midst of all the noise about vaccines, Prime Minister Narendra Modi has cheered the financially stressed telecom industry by acknowledging the role of the sector in keeping things going through a difficult year.

At the first virtual India Mobile Congress, he said the world was functional during the pandemic due to the innovation and the efforts of the telecom industry.

A doctor connected with patients, a trader with consumers and a teacher with the classroom, he said, while giving a clarion call for the use of 5G technology to empower millions of Indians.

The PM’s observation on telcos’s role during COVID should energise an industry that is facing a debt pile and excessive competition.

But the timely rollout of 5G that he has wished for may not be easy unless the reserve price for the forthcoming auction is lowered.

In fact, 5G technology can effectively empower millions of Indians once the price becomes affordable.

Another point that the PM made may be relevant for this divided industry.

He said ‘we need to work together’ on the 5G rollout to leapfrog into the future.

That’s not going to be easy as it became evident at the conclave, which often has been a photo-op to capture Reliance Industries Chairman Mukesh Ambani and Bharti Airtel chief Sunil Mittal in the same frame.

At the virtual meet, the scope for such a click was limited, but the two made it clear they were not on the same page on 5G.

While Mr Ambani said his telecom company Reliance Jio would pioneer the 5G revolution in the second half of 2021, Mr Mittal gave a timeline of two to three years for India to be ready for 5G.

In a recent interview, Mr Mittal had said that the much-needed tariff increase would depend on the industry leader, hinting at Reliance Jio.

In the case of 5G auction spend, Mr Mittal may not be able to follow the leader.

Jio is in a hurry to ride 5G; Bharti Airtel is ready to wait a while.

But if the PM is talking about a timely rollout of 5G by working together, could it mean a change of mind in terms of the reserve price for the auction of this resource that is expected sometime next year?

Investor-friendly pricing is what Mr Mittal wants for the cutting-edge technology to be affordable and accessible to millions.

The pricing should be such that it encourages investments in networks, the industry agrees.

Along with Bharti Airtel, others in the industry, including Vodafone Idea, have been opposed to the Rs 492 crore per megahertz reserve price for 5G spectrum.

Also, a task force constituted by the finance ministry had earlier in the year suggested lowering of prices to make the 5G services, that would enable instantaneous connectivity to billions of devices and the Internet of Things, affordable to all.

The task force had pointed out that the 5G reserve price in India was much higher than it was in other parts of the world.

Even though Jio is expected to go all out to invest in 5G, nobody would mind a lower reserve price.

At the mobile conclave, Mr Ambani rooted for policy steps that would make 5G affordable and available everywhere.

With the pandemic changing the way we work and live, making us completely dependent on technology, the government could possibly look at the 5G auction as an opportunity to make normal functioning of society and business possible in extraordinary times, and not as a way to maximise revenue for the government.

Even as the department of telecommunications and the finance ministry brainstorm on what should be the right pricing for a new generation technology, the Telecom Regulatory Authority of India could also take another look at the 5G draft to align it with the changing requirements.

Along with that, the regulator may like to take a few tips from a peer to set the house in order for the telecom sector before it starts on the heavy duty 5G journey.

As the RBI governor later explained to the media, the regulator must also act to help consumers.

The digital and card services of the bank had several outages in the recent past which had inconvenienced users, prompting the RBI to act.

In the case of telecom, which is on its way to newer heights, the regulator can step in too.

The last performance indicator for the sector issued by Trai in November shows service providers lagging across several parameters.

Besides a high level of call drops and network congestion, several other services have been deficient as well.

For instance, in wireless services, only 76.3 per cent calls from users could be attended by operators within 90 seconds against a benchmark of 95 per cent.

Termination or closure of an account, when sought, should be 100 per cent within seven days, according to the benchmark set by the regulator. In reality, it’s just 0.91 per cent.

Any refund should happen without fail in 60 days, but only 60 per cent of the requests could be completed.

In wireline services, it’s much the same.

Is there a case for restricting the number of new customers unless the quality of service improves and before we log in to 5G?