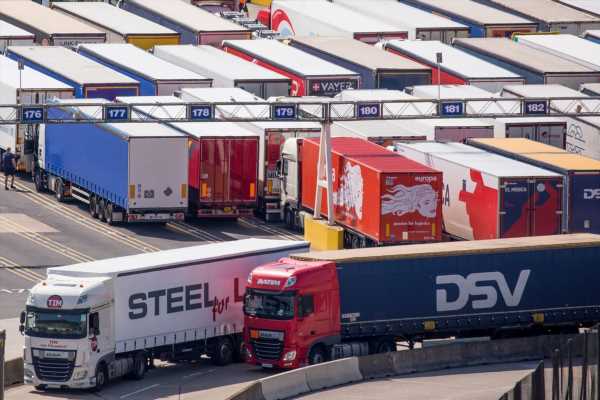 Britain’s biggest port stopped all traffic heading to Europe and food supplies into the nation face major disruption after the discovery of a new variant of the Covid-19 virus prompted its nearest neighbors to limit travel links with the U.K.

The crisis prompted Prime Minister Boris Johnson to convene a meeting of the government’s emergency committee on Monday in a bid to keep goods flowing. Further meetings are happening Sunday evening and Monday morning “to ensure robust plans are in place,” the prime minister’s office said in a statement.

Concern is focused on France, where the government suspended inbound travel from the U.K., including freight, for 48 hours starting midnight Sunday. And with the U.K. and Europe yet to agree on their future trade relationship before the Dec. 31 deadline, industry groups voiced their alarm.

“Any prolonged closure of the French border would be a problem as the U.K. enters the final weeks” before the transition out of the European Union on Dec. 31, Andrew Opie, head of food and sustainability at the British Retail Consortium, said in a statement.

The Food and Drink Federation said the suspension could make haulers from the European continent think twice before traveling across the English Channel because they’d risk getting stuck in the U.K. That, in turn, could serious disruption to the supply of fresh food over the Christmas holidays. A freight transport group urged shoppers to avoid panic buying.

The port of Dover closed its ferry terminal for outbound traffic until further notice and pleaded with freight and passenger customers to stay away. The company operating Eurotunnel trains between the U.K. and France suspended its truck shuttle on Sunday in response to the French measures.

U.K. supply lines with the rest of the EU narrowed over the weekend after Johnson’s government raised the alarm about a coronavirus mutation and ordered a full lockdown for London and much of southeastern England.

A government official played down concerns that the logjam could jeopardize the supply of Covid vaccines into the country. In an interview earlier this month with Times Radio, Health Minister Matt Hancock set out five contingency plans for ensuring delivery, including the use of military aircraft.

Logistics UK, a freight transport group, said it’s in contact with the government “to ensure that supplies of fresh produce are available throughout Christmas and the New Year.”

While goods can enter from France, few freight companies will send trucks to the U.K. without a guarantee they can return to the EU in a timely fashion, the BRC’s Opie said.

Rachel Reeves, the opposition Labour party’s shadow minister for the cabinet office, said Johnson needs to come up with solutions.

“The country needs to hear credible plans and reassurance that essential supplies will be safeguarded, including our NHS, supermarkets and manufacturers with crucial supply chains,” she said in a statement.

— With assistance by Christopher Jasper