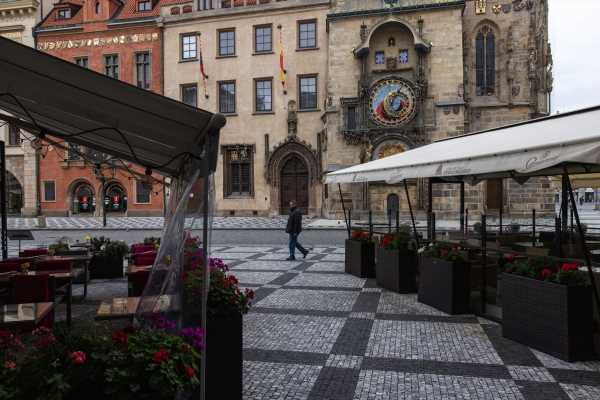 By any standard, it’s been a rocky year in eastern Europe. And with the reverberations still lingering, there’s plenty that will keep investors on their toes into 2021, from elections to the winding-down of stimulus and monetary-policy challenges.

While currencies including the Polish zloty and Czech koruna may continue to pare their declines in the year, central bank efforts to tame inflation and scale back crisis programs could send bond yields higher in Poland, Hungary, the Czech Republic and Romania, according to analysts.

At the same time, tight trade links with the euro area may lure investments from companies looking to cut production costs, helping the EU’s eastern members bounce back, said Christian Wietoska, London-based strategist for Deutsche Bank AG. The International Monetary Fund forecasts a 3.9% expansion next year after a 4.6% slump in 2020.

“Market opportunities for growth and growth-sensitive assets like currencies and equities definitely outweigh risks for central and Eastern Europe in 2021,” he said.

Below are some of the most closely watched themes for 2021:

Populist government politics culminated in 2020 with the temporary veto of a European Union budget by Hungary and Poland. Next year may prove equally eventful, as EU probes continue into democratic norms in the two nations.

While spared the wild swings seen in some of the larger developing nations like Brazil or Russia, currencies in the EU’s east have been sensitive to political power plays.

Hungarian Prime Minister Viktor Orban will be gearing up to contest a fourth consecutive term in elections in the first half of 2022. In Romania, incoming Prime Minister Florin Citu will look to maintain a fragile coalition and steer the nation away from the populist policies that the region has adopted.

Czech Billionaire Prime Minister Andrej Babis also faces general elections in the fall as well as fraud and conflict-of-interest investigations. Poland goes into its first year without elections since 2017.

East European nations wiped out a decade of efforts to lower indebtedness as governments piled on budget spending to mitigate economic losses from the pandemic. Even with output likely rising again in 2021, budget shortfalls will match, or even exceed levels seen in the first year of the pandemic.

That may force central banks to continue supporting bond markets, or risk rising yields. Even if quantitative easing will remain on the monetary-policy menu for some countries, rate setters will eventually need to exit asset purchases and try to avoid a domestic taper tantrum.

In Romania, the government will be looking to end years of fiscal exuberance and keep a hold on its investment-grade credit score.

Rebounding economies may prompt central banks in the region to start assessing the need for interest-rate hikes. Inflation has remained stubbornly higher than in the euro area and further stimulus and economic growth may add to pressures.

Forward-rate agreements suggest benchmark interest rates will be 35 basis points higher in the Czech Republic by the end of 2021, with Hungarian and Polish rates seen at their current level.