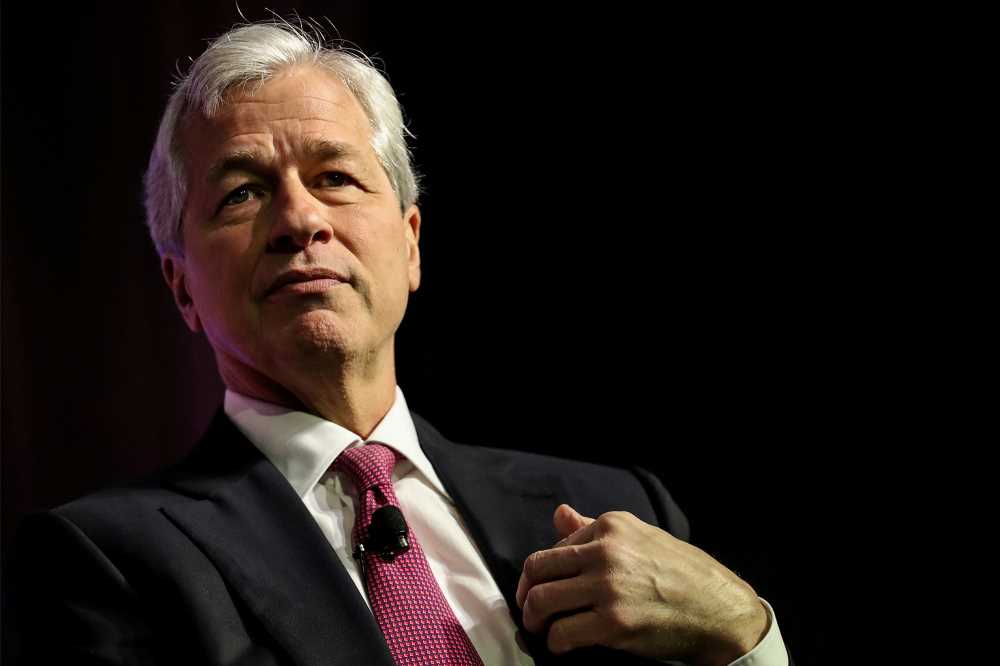 Jamie Dimon says “I thought I heard it” when his aorta burst in March — leaving the JPMorgan Chase CEO on the brink of death as the US economy headed into the coronavirus recession.

In his first interview since undergoing emergency heart surgery, Dimon dramatically re-enacted his distress for a Thursday article in the Wall Street Journal.

Clutching his chest, the powerful banker described the terrifying moment when a tear opened up in the massive artery that carries blood from the heart to the rest of the body.

“I felt it,” Dimon told the Journal. “I thought I heard it.”

The life-threatening incident unfolded around 4 a.m. on March 5, after Dimon called his top lieutenants to discuss the looming economic crisis from his Upper East Side apartment.

He then lay down on a couch to read the morning newspaper, only to be jolted by the pain in his chest.

Dimon — who was days away from his 64th birthday — sat up with a gasp and dialed his doctor, who told him to rush to the hospital.

“Jamie, take a cab,” the physician said, he told the Journal. “You don’t have time for an ambulance.”

In retrospect, Dimon said, “I knew I might not make it.”

Dimon’s wife, Judy, helped him downstairs and hailed the taxi that took him on a short ride to NewYork-Presbyterian Hospital’s Weill Cornell Medical Center, as his right arm ached and the vision in his right eye turned a dark yellow.

In an ironic twist, the hospital is named for financier Sandy Weill, a former mentor who had fired Dimon from Citigroup in a power struggle two decades earlier.

At the hospital, a quick test showed the blood pressure in his left arm was high, with the top number reading 140, while in his right it was 60, which is dangerously low.

Dimon underwent seven hours of surgery to implant a tube and rebuild his aorta during a high-risk procedure that could have ended in unavoidable death.

Although he was supposed to be knocked out for a day or two, Dimon surprised his doctors by waking up that evening to see his wife, three daughters, two sons-in-law and his twin brother gathered by his bedside.

The surgery left a scar that looked like a jacket zipper down the middle of Dimon’s chest.

Meanwhile, the new parts in his heart made it pump so hard that his daughters could feel it when they hugged him.

On March 12, Dimon was released from the hospital and the next day, he held a conference call with top executives who sang “Happy Birthday” to him.

Doctors cleared Dimon to begin working full-time, remotely, during the first week in April, by which time he’d relocated to his house in the wealthy Westchester suburb of Bedford, where he took walks around the neighborhood to regain his strength.

On June 19, he returned to JPMorgan’s Madison Avenue headquarters — which was nearly empty due to the pandemic — and began working there most days.

Following his doctors’ orders, he monitored his blood pressure at his desk and tracked his heartrate on a smartwatch.

Later that month, he traveled to Washington DC to meet with Treasury Secretary Steven Mnuchin and lawmakers to urge more government action to stimulate the staggering economy.

With his doctors unable to determine why his aorta burst, Dimon — who fell ill with a fever during a trip to Miami early in the year — has begun wondering if he caught COVID-19 from someone he saw in February who later came down with the disease.

An antibody test came back negative but is considered inconclusive because so many months had passed before Dimon took it.

Meanwhile, Dimon — who says the economy remains fragile, despite the booming stock market — has no plans to retire.

“We have to be focused on beating this,” he told the Journal.

“We have to get out of COVID before anything else.”