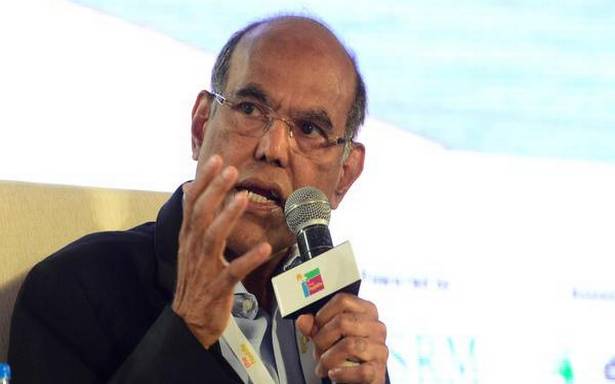 Notwithstanding all these tensions, it was vividly seen how the Centre and states coordinated in managing the pandemic, he said.

Though COVID-19 and the subsequent lockdown left a trail of economic devastation on most countries, India can potentially build upon three positive aspects- push in the rural economy, stronger federalism and a huge consumption base, former RBI Governor Duvvuri Subbarao Rao has said.

In his foreword on a Telugu book titled “Maandhyam Mungita Desam” (Nation in Recession) authored by Tummala Kishore, he said the challenge for the government in the months and years ahead is clear: to put the economy back on a healthy growth trajectory and ensure that growth is inclusive, with lower income households too enjoying the benefits of rapid growth.

“The expanded MNREGA provided a lifeline when most needed, and the frontloaded transfer payments to women, pensioners and farmers have put money in the hands of households and have helped revive demand.

“The brisk procurement by the FCI (Food Corporation of India) has buttressed farmers’ incomes while it helped the government extend the food security programme until end November,” he said.

Mr. Subbarao said the second positive aspect he sees is India”s federalism, which, “warts and all”, has withstood the test of vigorous democracy though there were tensions between the Centre and the states on some issues such as GST compensation.

Notwithstanding all these tensions, it was vividly seen how the Centre and Sstates coordinated in managing the pandemic, he said.

Mr. Subbarao said the third positivity is the country’s huge consumption base with 1.35 billion people and a per capita income of just over $2,000.

“In a setting like this, any increase in income of the bottom half will quickly turn into consumption, which in turn will spur production.

“That consumption-production cycle can potentially put India on a virtuous cycle of growth and jobs,” he said.

Stating that the Indian economy was already in a troubled shape even before the COVID-19 crisis, the former RBI Governor said a ‘’V’ shaped recovery in the growth rate does not mean a ‘V’ shaped recovery in absolute output and the level of output in 2021-22 will be lower than what the country achieved in 2019-20.

The book is expected to be released shortly.