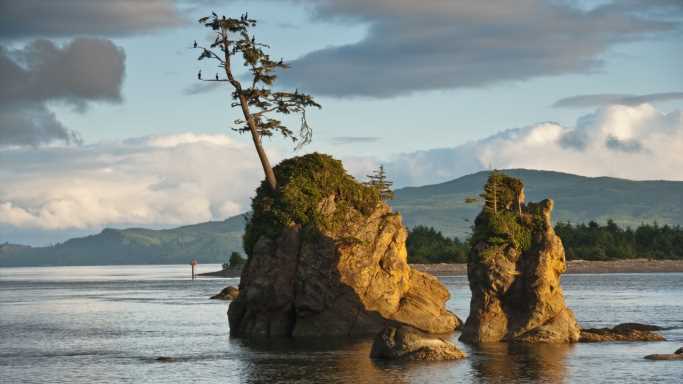 COVID-19 has killed 356,160 people in America, according to the Microsoft Bing COVID-19 Tracker. One academic forecast expects the spread of the disease could drive the figure to over 700,000 by the end of March. There are 3,141 counties in America, and at least one person has died in the great majority of them.

In the hardest-hit counties, particularly in and around New York City, Los Angeles and Houston, coronavirus deaths number in the thousands. In Queens County, part of New York City, the number is already 5,409. In Kings County, which contains the borough of Brooklyn, also in New York City, the figure currently is 5,467. Los Angeles County, the most populous county in the country, has had 10,850 deaths. Cook County, home of Chicago, has had 8,483.

However, 83 counties have had no COVID-19 deaths at all. Many are in states that have had very few deaths, like Vermont. Others are very small counties, based on population, in hard-hit states like Kansas.

It is not surprising that the counties with no deaths are small by population count. The largest, Tillamook County, Oregon, has only 26,076 residents. The population has doubled since 1940. It is fairly isolated, along the Pacific Coast, west of Portland. It is spread out across 1,333 square miles. That is over nine times the size of Detroit, which has nearly 700,000 residents. About 17% of the county is covered with water. According to the U.S. Census, 93% of the county’s residents are white. The median household income is 49,895, nearly $20,000 less than the national average.

Beyond Tillamook County, only seven other counties on the list have populations over 15,000. The second largest is Los Alamos County, New Mexico, at 18,356. The third is Dukes County, Massachusetts. The location of these three shows how widespread counties with no COVID-19 deaths can be. Its population is 17,313.

Three of the counties on the list have posted less than three confirmed COVID-19 cases. These are Harding County in New Mexico and King and Loving Counties in Texas. Loving has recorded only one.

Twenty-two of the counties on the list have populations of less than 1,000.

These are the 83 counties where no one has died from COVID-19: