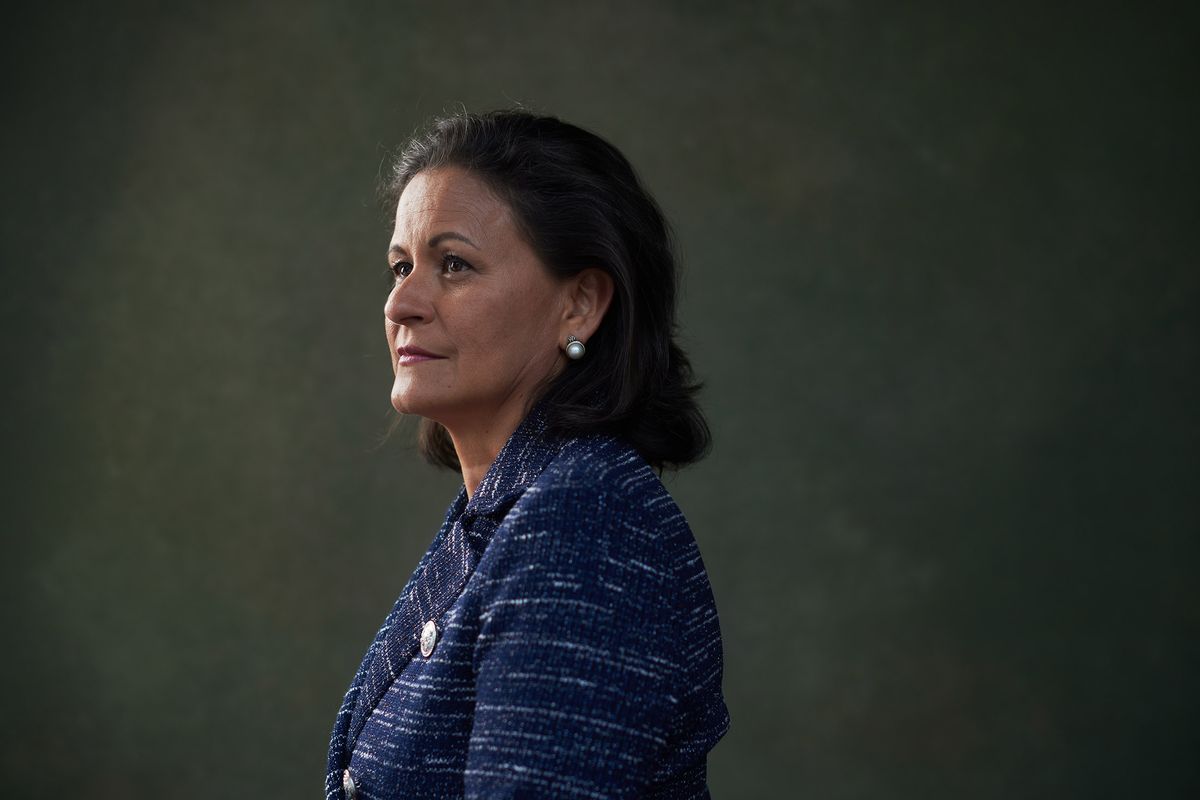 Racial justice protests last summer brought attention to the lack of diversity in just about every power center in America. But while calls for policing reforms and a reduction in income inequality have commanded headlines, some Hispanic leaders have used the moment to cast a spotlight on a less noticed uphill diversity initiative: boosting the representation of Latinos in boardrooms of a nation where they’re already the largest ethnic group.

Hispanic activists think the time is ripe for making advances. In September, California approved a law that will require public companies based in the state to have more women on their boards and at least one director from an underrepresented minority by the end of 2021. Nasdaq in December submitted a proposed rule to the Securities and Exchange Commission that would require its more than 3,000 listed companies to have at least one female director, and one from an underrepresented minority or LGBTQ group.

Giant fund managers Vanguard Group and BlackRock Inc. this year will begin tracking gender, ethnic, and racial diversity on public companies in which they invest. Vanguard will focus on boards, saying it may vote against directors at companies where progress on diversity falls short starting in 2021; BlackRock will take the same approach starting in 2022, but will start this year to push companies to release their overall ethnic and racial data.

These changes are meant to update the demographics of boards that remain mostly White—the race of 8 in 10 directors at S&P 500 companies in 2019— and 72% male. While companies aren’t required to publicly disclose the racial or ethnic composition of their boards or employee ranks (though some have begun releasing data voluntarily), surveys suggest there’s a dearth of diversity in Corporate America. Consultant KPMG says only 2.7% of board members at Fortune 1000 companies were Hispanic in 2019. And among boards of S&P 500 companies, 37% lack at least one Black director, according to a study that executive recruiter Russell Reynolds Associates released in October.

That study found that ethnic minorities on boards across all companies on the Russell 3000 index surpassed 10% for the first time in 2019. Yet Esther Aguilera, chief executive officer of the Latino Corporate Directors Association (LCDA), knows that many companies view diversity as simply a numbers game, with some failing to make sure that a range of different minorities is considered when a director slot gets filled. With only a limited number of public company board seats available every year, the competition is getting harder—especially as other women’s groups and racial organizations simultaneously push for greater representation. The Board Challenge, an initiative that started last fall, has gotten more than 60 companies to sign its pledge to hire one Black director within the following 12 months. Nine Black directors have already gained seats through the program. LCDA is working to make sure Latinos don’t get left out.

So far, Latinos have been one of the most underrepresented groups, particularly in California, among the most aggressive jurisdictions in trying to increase diversity in corporations. Hispanics make up almost 40% of the state’s population but hold just 2.1% of board seats at companies based there, according to data gathered by LCDA and corporate data provider Equilar. By comparison, Black people account for 6.5% of California’s population and make up 2.9% of directors at the state’s companies, while Asian Americans make up 15.5% of its population and hold 9.7% of board seats, according to LCDA’s data. Even after California passed its gender diversity law for boards in September 2018, only 3% of the 511 women named new directors as of March 2020 were Latina, LCDA found.

“Some companies might want to say that they have checked the box and they are done,” says Aguilera. “That’s where our effort comes in.” In September the group joined with organizations including the U.S. Hispanic Chamber of Commerce, the League of United Latin American Citizens, and UnidosUS, the largest Hispanic nonprofit advocacy group, to launch Latino Voices for Boardroom Equity. The campaign is lobbying some of the biggest U.S. corporations to consider Latino directors for their open spots. Their ambitious goal: to have Latinos someday hold 20% of board seats, roughly their share of the U.S. population.

During the last four months of 2020, the group sent about 240 letters to publicly traded companies. It expects to send 400 more through January. The message is simple: Given “the economic strength” of the Hispanic community, it is in the “interest of your stakeholders and shareholders” to appoint a Latino or Latina as a director. The request is accompanied by data highlighting how Latinos contributed an estimated $2.6 trillion to U.S. gross domestic product in 2018 and have consistently been increasing their consumption spending over the past decade. Latinos are “a vibrant and growing employee and customer base,” the group said—not only the biggest minority but also one that’s adding one million people each year.

The Latino Voices for Boardroom Equity campaign asked for a meeting with each company’s CEO, or a representative of its board. With its first round of letters, the group wanted to make a statement. It selected nine companies from across a wide swath of industries with strong Latino customer bases. Three of those businesses also profit off Latino culture and serve as gathering places for the community: restaurant chains El Pollo Loco, Del Taco, and Chipotle. But among the trio’s 25 board members, not a single one is Latino.

The results of the campaign have been mixed. El Pollo Loco Inc. didn’t respond to LCDA’s letter, but it told Bloomberg it was “on track” to comply with California’s law and would begin a selection process with “new standards embedded.” It didn’t clarify what those standards would be. Chipotle Mexican Grill Inc. responded to LCDA’s letter saying it is “committed to actively seeking out highly qualified women and minority candidates,” working with recruiting firms to “add gender and other diversity,” and said it was “committed to considering” Latino candidates. In a statement to Bloomberg, Chipotle pointed out its latest board hire: Mary Winston, a former interim CEO of Bed Bath & Beyond Inc., and a Black woman.

LCDA has had Zoom meetings with only about half of the initial nine companies it targeted and is awaiting responses from others. It’s been disappointed in the tepid reception so far. “I think we were all shocked” at the Latin-themed restaurant chains’ lack of Hispanic directors, Aguilera says. “We just assumed that they would have a special interest in representing us at the board level, because who you have at the decision-making table speaks of your values and what you care about.”

Things may look more promising at Del Taco Restaurants Inc., where Chairman Lawrence Levy sent a letter to the campaign saying the company was “actively seeking for Latino and other diverse candidates for the past several months.” Like Chipotle, Del Taco said it’s “aligned” with the Hispanic directors initiative to increase Latino representation, but it hasn’t set up meetings with the organization. LCDA has sent both companies a list of Latino candidates.

The Hispanic group’s most successful meeting has been at PG&E Corp., where it shared a list of viable potential directors directly with representatives of the energy company’s board. “People don’t realize there is a huge talent pool of Latino candidates that can bring a lot of value,” says Aguilera. LCDA is scheduling meetings with four other companies this month.

These types of efforts are just what might be needed to create more diverse boards, according to Institutional Shareholder Services (ISS), which provides investors with governance and diversity data on companies. Brett Miller, ISS’s head of data solutions for ESG, believes California’s law will result in an uptick in women, Black, and Latino directors. But it might not be a consistent increase.

“The trick is that there’s gonna be a plateau,” Miller says. “Companies that are committed to diversity will exceed expectations, but those who are not will only make sure they have one diverse director. That’s unless the expectation increases—for example, if investors push for more diversity.”

ISS will start reporting this year on the racial and ethnic diversity among companies’ directors and chief executives. Next year it will begin recommending votes against boards that aren’t diverse. “But if you don’t understand your stakeholders, whether that’s your community or your customers, it’s going to affect your bottom line,” Miller says.

Latino activists say that diverse boards lead to diversity of thought and experience and are therefore beneficial to companies. Ramiro Cavazos, CEO of the U.S. Hispanic Chamber of Commerce, knows just how crucial it can be to have varied voices among top decision-makers. As the only Latino on the loan committee of a small community bank, he often spoke up for Latino businesses that were initially rejected. “If I didn’t raise my hand and ask why, they didn’t get a second look,” he says. The problem: The board was mostly White and didn’t know those clients. “We need to have a champion on the board,” Cavazos says, “someone who will ensure equitable representation.” —With Carolina Gonzalez