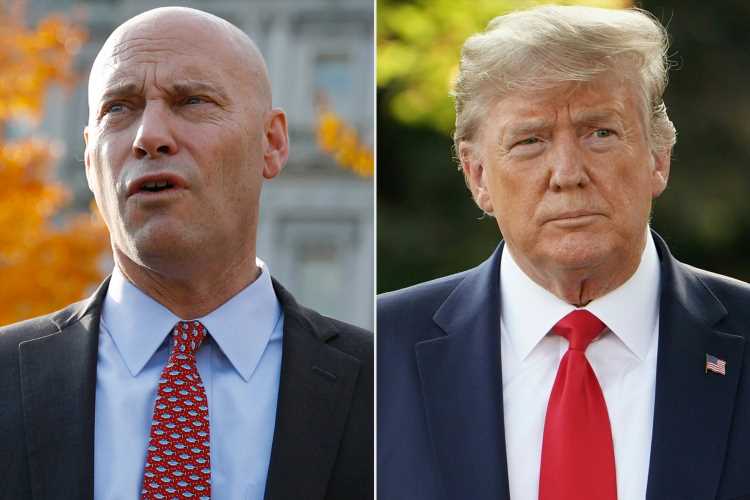 Tensions between Donald Trump and Mike Pence spilled over into public view on Wednesday, culminating in the president blocking the vice president's chief of staff Marc Short's access to the White House.

In recent weeks, Trump has pushed Pence to overturn the results of the November election in his favor, after numerous legal attempts to contest the results failed in courts across the country.

In a Wednesday rally held near the White House, Trump grew increasingly vocal in his demands while speaking to a group of supporters who later stormed the Capitol building in an attempted insurrection.

Instead, Pence released a lengthy statement breaking with the president, just moments ahead of a joint session of Congress to ratify the electoral vote.

"It is my considered judgment that my oath to support and defend the Constitution constrains me from claiming unilateral authority to determine which electoral votes should be counted and which should not," the statement read.

As Pence's statement was released, the vice president and congressional lawmakers began to gather in the House of Representatives chamber to begin the counting of Electoral College votes.

Roughly an hour into the process, Trump's supporters outside — spurred by the president's calls to "stay strong" — had overpowered police and forced their way into the building.

The scene quickly became violent, leading to the deaths of four people as well as the evacuation of Congress and the vice president himself, who was whisked to an undisclosed location.

In the midst of the melee, Trump used Twitter to single out the vice president once again.

"Mike Pence didn't have the courage to do what should have been done to protect our Country and our Constitution, giving States a chance to certify a corrected set of facts, not the fraudulent or inaccurate ones which they were asked to previously certify," Trump wrote. "USA demands the truth!"

That statement was ultimately deleted by Twitter for spreading misinformation about the election, though Trump was apparently undeterred.

Instead, the president remained vindictive, according to Pence's own chief of staff Short, who told RealClearPolitics reporter Phillip Wegmann he had been barred from the White House grounds (a result, Short said, of Pence's decision not to follow the president's orders).

"[Trump's] blaming me for advice to VP," Short told Wegmann, according to the reporter's tweet.

When asked for comment, the White House referred PEOPLE to the vice president's office, which did not immediately respond to requests for comment.

Speaking before the Senate after Congress reconvened to resume counting the Electoral College votes, Pence called the events of the day "unprecedented," but stopped short of laying any fault at the feet of the president.

"To those who wreaked havoc in our Capitol today, you did not win. Violence never wins. Freedom wins," he said.

A slew of White House officials and aides resigned from their posts in the aftermath of Wednesday's events. Multiple lawmakers have now called for Trump's removal from office via either impeachment or by invoking the 25th Amendment, which would require buy-in from Pence.