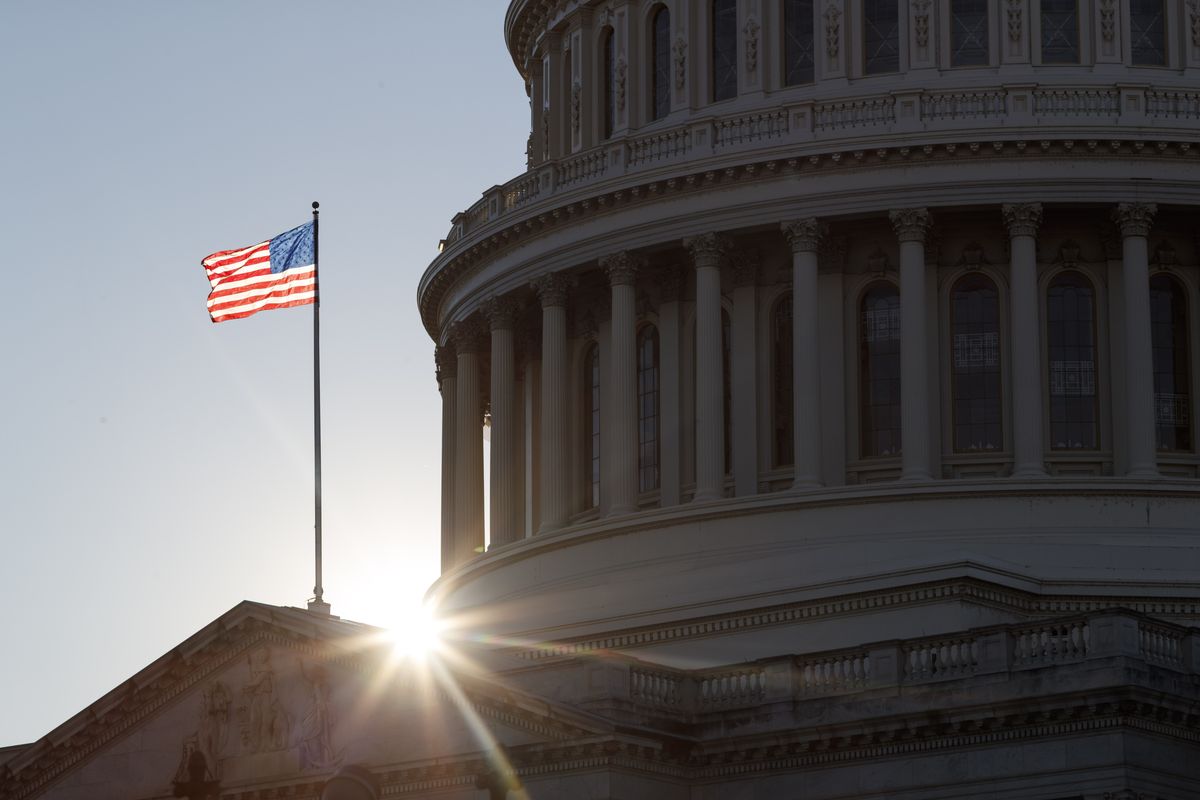 Full Democratic control of the levers of federal lawmaking under President-elect Joe Biden will rest on the slimmest-possible advantage in the U.S. Senate, where party-line votes will result in 50-50 ties. The even Senate split, rare in American history, gives the incoming Biden administration little margin for error and may require a power-sharing agreement on some administrative matters.

The party of the vice president, who acts as president of the Senate and breaks ties when they occur. That will be the Democratic Party after Biden is inaugurated as president and Kamala Harris becomes vice president. Her tie-breaking vote assures the top Senate Democrat, Chuck Schumer, will become majority leader. (The Senate technically has 48 Democrats and two independents, Bernie Sanders of Vermont and Angus King of Maine, who reliably vote with them.)

2. Has this happened before?

Rarely, but yes. The last time was in the first half of 2001, when the tie-breaking vice president was a Republican, Dick Cheney. That 50-50 split ended after six months when a Republican senator, Jim Jeffords of Vermont, switched parties, giving Democrats a 51-49 advantage. There also were 50-50 splits for a few months in 1954 and for most of the Congress of 1881-1882, which caused what the Senate Historical Office calls the Great Senate Deadlock of 1881.

The majority party assigns a chairman for each of the Senate’s 20 permanent committees, holds a majority of seats on each committee and controls most committee staff and resources. But when the Senate was evenly divided at the start of 2001, its Republican and Democratic leaders — Trent Lott of Mississippi and Tom Daschle of South Dakota — negotiated a power-sharing agreement that provided for equal membership on committees, and equal budgets for committee Republicans and Democrats, though the majority leader, Daschle, retained the right to advance a measure or nomination from a committee in the event of a tie vote. There could be an effort to reach a similar power-sharing agreement after Jan. 20.

4. What can Democrats do with 50 Senate votes?

Though a super-majority of 60 senators is generally needed to pass major legislation in the Senate, the chamber moves routine measures without a formal vote, and a simple majority is enough to advance certain annual budget and tax-related measures via a process known as reconciliation. Only matters that are reasonably related to taxing and spending are supposed to make it into such bills. Among Biden’s agenda items, those could arguably include raising some tax rates, lowering the eligibility for Medicare and expanding Obamacare. Reconciliation could also empower Democrats –provided they stay completely united — to enact additional stimulus relief opposed by Republicans as well as portions of Biden’s climate and immigration priorities. The Congressional Review Act also will enable Democrats to pass measures canceling regulations issued recently by the Trump administration with simple majorities. Democrats could also move the president’s executive and judicial nominations with only Democratic support as a result of rules changes that require a simple majority to cut off debate and obtain a vote on confirmation.

5. What limits will Democrats face?

Republicans will wield the biggest weapon given to the Senate minority — the power to filibuster, or demand unlimited debate on legislation that doesn’t have the backing of a super-majority of 60 senators. That means the narrow Democratic majority would need to win over at least 10 Republicans, a huge challenge, to advance non-budgetary initiatives on topics such as the federal minimum wage, family leave, labor rights and background checks for gun purchases. And with the slimmest possible majority, Democrats will have to stick together. A single defection or absence could slow key nominations and legislation.

6. Who is key to keeping the 50 Senate Democrats together?

Schumer’s need to keep every member of his party in line on major votes may give extra power to conservative Democrats such as Joe Manchin of West Virginia, who might be able to win concessions on initiatives they consider too liberal.

Among the Republicans who early on recognized Biden’s win and signaled a willingness to work with the new administration are Utah’s Mitt Romney, Maine’s Susan Collins and Alaska’s Lisa Murkowski.

— With assistance by Steven T. Dennis