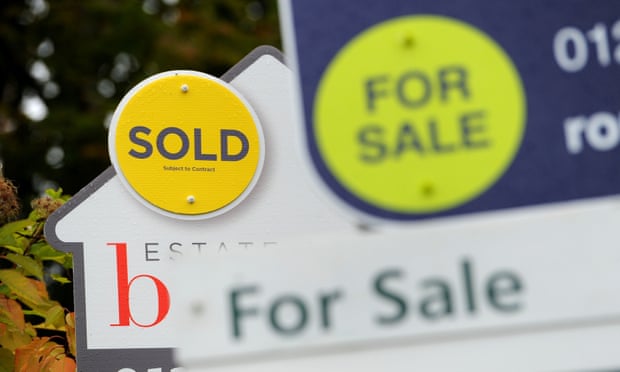 There was plenty of bad news in America last week. A mob of Donald Trump supporters stormed the Capitol building. The number of new Covid-19 infections hit a record high. Employment fell by 140,000.

Last week’s disappointing jobs report was a case in point. The fact that businesses had been shedding labour meant Joe Biden would have even more of an incentive to deliver an expansionary tax and spending package soon after he becomes president on 20 January. The loss of jobs, in the eyes of Wall Street, was not a bad thing at all. Rather it was a reason to continue buying into a stock market that is higher than it was before the pandemic began.

Is ‘hysterical’ market speculation pushing us towards another crash?

Despite a strong performance last week, shares in London still have some way to go before they reach their pre-crisis level. Here, the asset class that has defied the depressed state of the economy and the health emergency is residential property. According to the latest data from the Halifax, the cost of the average house rose by 6% in 2020, an annual rate of increase normally associated with a fast-growing economy, not one that has just seen its biggest decline since The Great Frost of 1709.

There are some specific reasons why house prices are going up. Rishi Sunak’s temporary stamp duty holiday is one. The desire for houses with a bit more space and a garden is another. The fact that many people can afford to buy a more expensive home because they have saved money while working from home is a third.

But what links rising share prices in the US and rising house prices in the UK is money creation by central banks. Both the Federal Reserve in Washington and the Bank of England have ramped up their quantitative easing (QE) programmes, under which the central banks buy financial assets, usually government bonds, in exchange for cash.

In theory, the newly created money could fund new productive investment for companies eager to expand, but in reality much of it has been lent for speculative activity of one form or another. There is no real mystery about this. It happened after the financial crisis of 2008 and it is happening again.

The major central banks say they had no choice because the alternative would have been a financial meltdown that would have made last year’s economic collapse even worse than it was. Their critics say QE as currently designed widens the gap between rich and poor, fails to put money into the bits of the economy that really need it and has led to the creation of colossal bubbles that are bound to burst.

Those who remain bullish about share prices say fears of a crash are misplaced. The global economy is going to recover quickly as soon as mass vaccination programmes get on top of the pandemic. Yet even strong growth will not force central banks and finance ministries to withdraw the extraordinary amount of stimulus they have been providing because inflation will remain low. These two factors, a period of rapid catch-up and a benign policy stance, will boost corporate profits and so justify rising stock market valuations.

Not everybody is convinced. The veteran British financier Jeremy Grantham, who co-founded the US investment firm GMO, fired off a warning to the company’s clients last week. He did not pull his punches. “The long, long bull market since 2009 has finally matured into a fully-fledged epic bubble,” he said. “Featuring extreme overvaluation, explosive price increases, frenzied issuance, and hysterically speculative investor behaviour, I believe this event will be recorded as one of the great bubbles of financial history, right along with the South Sea bubble, 1929 and 2000.”

For Grantham, Tesla is the stock that proves the market has taken leave of its senses. The current market capitalisation of $600bn amounts to $1.25m for each electric car sold, compared with $9,000 a car for General Motors. “What has 1929 got to equal that?” he asks.

The assumption on Wall Street is that the Fed will always stand behind the market. If prices fall precipitously investors can sleep easy knowing that its chair, Jerome Powell, and his colleagues will do what’s necessary to limit losses and get the market rising again.

Grantham says this is wrong. He believes “this bubble will burst in due time, no matter how hard the Fed tries to support it, with consequent damaging effects on the economy and on portfolios.”

It’s not all that hard to see the circumstances in which Grantham could be proved right. There is a logical inconsistency in Wall Street’s belief that it will be business as usual for the US once enough Americans have had their Covid jabs and its conviction that monetary policy will remain as loose as it currently is. Fresh dollops of stimulus might not actually be needed at a time when demand is going to be picking up anyway. Inflationary pressure is currently weak but were that to change, the mood in the markets could also change quickly. The yield, or interest rate, on government bonds would start to rise and share prices would fall. Wall Street would be begging the Fed to come to its rescue, but with inflation rising it might feel uneasy about doing so.

Will this happen? Who knows? But the financial markets are placing a lot of trust in the Fed and the other central banks. It had better not be misplaced.