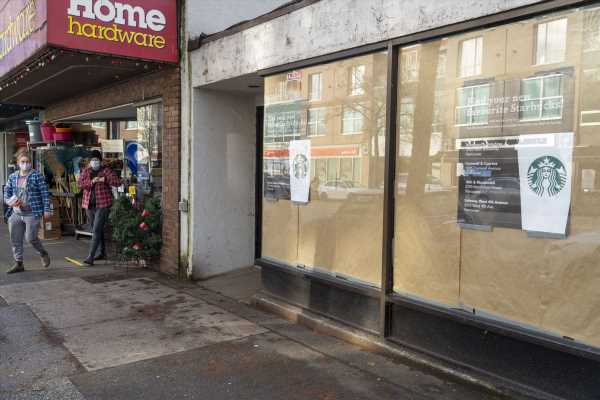 Canadian households are preoccupied with shoring up their finances this year, according to a new survey, a thriftiness that could be a drag on the recovery.

Three out of four Canadians in a poll conducted by Nanos Research Group for Bloomberg News say their top financial priority is to pay down debt or retain an elevated level of savings. Only 11% said they plan to make a major purchase.

The extent to which households will use up an unexpected accumulation of savings is one of the key unknowns in coming months. Amid a massive downturn last year, Canadians became significantly better off financially because of income support payments from the government, surging real-estate prices and stock-market gains.

The improved financial picture is fueling hope households will go on a spending spree once the Covid-19 pandemic is over. Growth is seen surging to an above-5% annualized pace in the final nine months of this year after a mid-winter slowdown, in large part on an expected surge in consumer spending, according to a Bloomberg survey of economists last month.

In the early days of the pandemic, Prime Minister Justin Trudeau’s government acted aggressively to implement income and credit support programs to keep businesses and households afloat. As a result, average disposable income in the first nine months of 2020 was up about C$100 billion ($78.3 billion) over the same period in 2019 despite mass job losses, according to Statistics Canada data.

Household spending, meanwhile, fell by more than C$50 billion over that time. The net result is about C$150 billion in new household savings that went unspent.

“A vigorous post-lockdown rebound in Canada is losing momentum through the first quarter of 2021. We anticipate a weak and uneven patch through the winter transitioning to a stronger-than-consensus pickup starting in the second quarter.”

On top of the surge in savings, a housing boom has also made many Canadians wealthier on paper. Household net worth rose by more than C$600 billion in the first six months of the pandemic, according to Statistics Canada.

Yet, given Canadians are among the most world’s most indebted households, they could choose to use the windfall to shore up their balance sheets instead.

Among respondents to the Nanos poll, 39% said their top financial priority this year will be to pay down debt, while 37% said it would be to keep extra money in their savings account. About 13% said their top priority is to make a major investment, such as in real estate or the stock market.

The hybrid telephone and online random survey of 1,048 Canadians was taken between Dec. 27 and Dec. 30 and has a margin of error of plus or minus 3 percentage points.

— With assistance by Kevin Orland