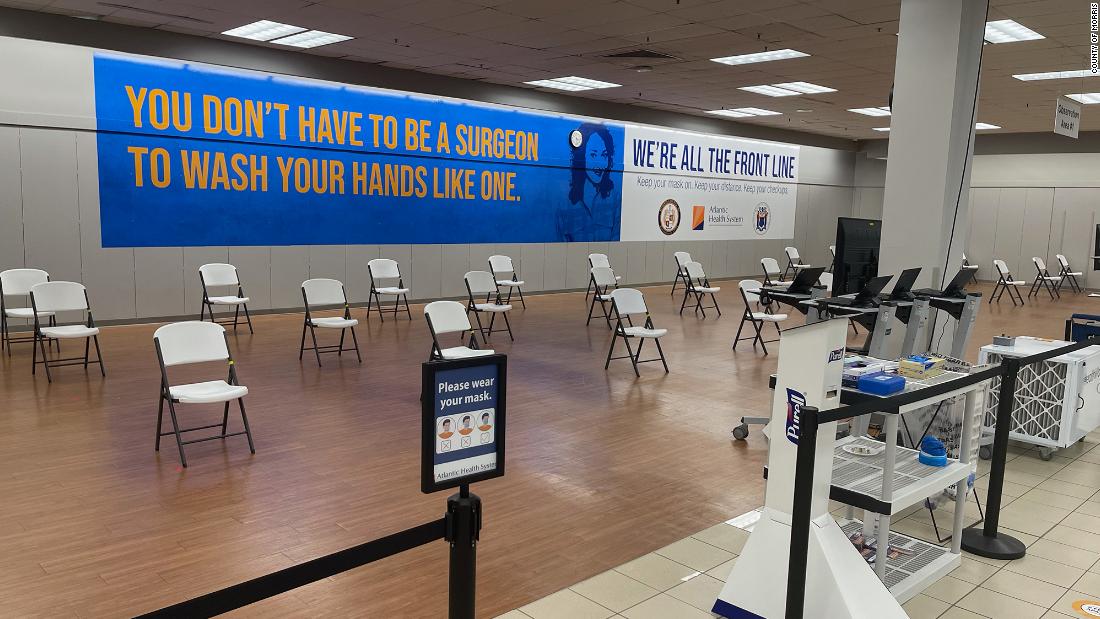 New York (CNN)Now that Covid-19 vaccination efforts are ramping up, local health officials are on the hunt for locations that can quickly be converted into vaccination clinics, and malls across the country, battered by declines in in-person shopping, are starting to play a role.

Mall operators are sitting on plenty of abandoned retail space that might be ideal for the purpose — and some landlords hope that opening vaccination sites might bring in badly needed foot traffic.
When Dr. Herbert Conaway, the director of Burlington County Health Department in New Jersey, was looking for a location for one of the state’s six vaccination “megasites,” he realized a local, shuttered Lord & Taylor might fit the bill. 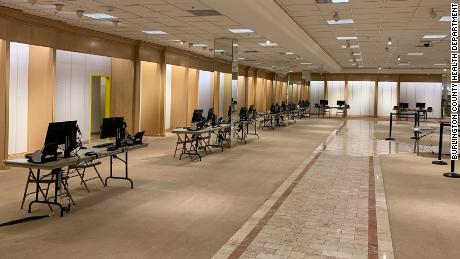 Conaway said his department began scouting for locations in late November. “Our initial idea was to identify outdoor areas, but that wasn’t ideal in the cold weather,” he said, referring to the recommended 15-minute post-vaccination observation period.
A megasite is designed to handle as many as 2,500 individuals getting vaccinated a day, he said, and the Lord & Taylor store would provide enough square footage to set up operations.

What’s more, he said the mall’s location — between four major highways, made it easily accessible for throngs of people on a daily basis.
Within 48 hours, Conaway met with the manager of the Moorestown Mall where the Lord & Taylor is located, surveyed the site and made a case for it to be selected by the state as a large-scale vaccination hub.
“We would have to set up the bare bones of the operation in the store, but most of it was active space. The utility was on, the escalators worked, there was plenty of parking, a backup generator,” he said. 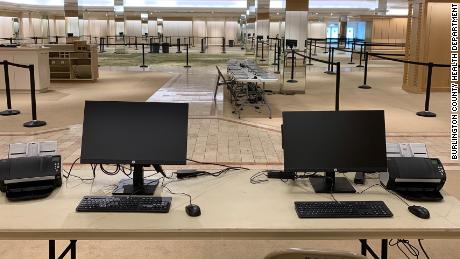 Within days, empty clothing racks and other remnants of the store’s retail past were cleared out. It was quickly fitted with 20 vaccination stations, electronic surveillance and systems to manage, store and maintain Covid-19 vaccines.
The county successfully met its goal of opening the site on Jan. 15, said Conaway.
“We initially have 20 lanes. As and when we get more vaccines, the hope is to increase it to 40 lanes,” he said.

The Moorestown Mall is operated by PREIT, a regional mall operator with 19 properties in its portfolio. Conaway said the rental fee was a “reasonable $10,000 a month.” PREIT declined to confirm the amount.
But it said that it has offered vacant big-box stores and other retail spaces for conversion into local vaccination sites. 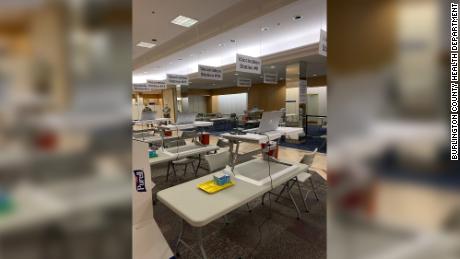 “Our local mall managers have been reaching out to county and state officials to be community partners with them on this initiative,” said Heather Crowell, spokeswoman for PREIT which has malls primarily on the East Coast, including the Cherry Hill Mall in New Jersey and the Willow Grove Mall in Pennsylvania.
According to Moody’s Analytics Real Estate Information Services (REIS), the rate of mall vacancies is currently at a historic high of 10.5%, exceeding the previous peak of 9.3% in 2011.
“At this point for malls, any good use of all the fallow space they’re sitting on is a positive thing,” said Victor Calanog, head of commercial real estate economics at Moody’s Analytics REIS. The pandemic-induced surge in online shopping has only accelerated the rate of store closures, leaving mall owners with a glut of empty stores.

As droves of people come for their shots, landlords hope that many could decide to have a bite to eat at the mall before returning home, or even knock off a few items from their shopping list since they’re already there. 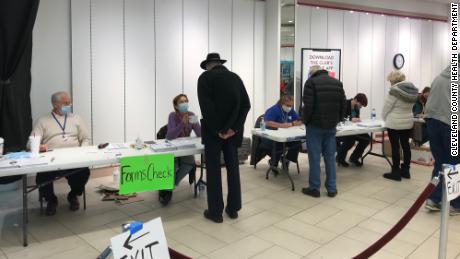 “We’re hoping as consumers come through our properties, they hopefully get to know what the mall offers with restaurants and stores, both of which have been very challenged,” said PREIT’s Crowell.
Brookfield Properties, the second-largest mall operator in the country, is also betting on the same spillover effect.
Caryn Torres, vice president of property management with Brookfield, said two properties are currently involved in vaccination efforts: The Sooner Mall in Norman, Oklahoma has a vaccination clinic located in a vacant retail space, and another clinic is been outfitted at The Mall at Barnes Crossing in Tupelo, Mississippi.
“We have another 10 to 12 malls for which we are finalizing details. In those we are also looking at empty store spaces, including department stores,” said Torres. All spaces will be donated for use, she added.
About an hour and forty minutes away from the Moorestown Mall, an empty Sears store at the Rockaway Townsquare Mall in Morris County, New Jersey was also turned into a vaccination megasite. 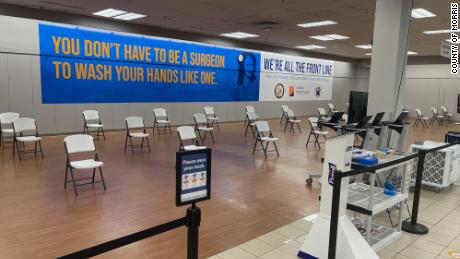 The mall is owned by Simon Property Group, the largest mall operator in the country.
The site opened on Jan. 8, said Jeffrey Paul, director of Morris County Office of Emergency Management. Paul said the county approached Sears and “entered into an agreement with them” to use the space. “We retrofitted it appropriately. For us, it’s a convenient central location with easy access to the public.”
The Sears space is set up with 20 vaccination lanes, with the ability to scale up to more lanes that can handle at least 2,400 people a day, he said.
A Sears spokesman said that in addition to the Morris County, NJ location, it has several other locations across the U.S. used for Covid testing and vaccinations. Simon Property Group did not respond to requests for comment on the site.
Source: Read Full Article