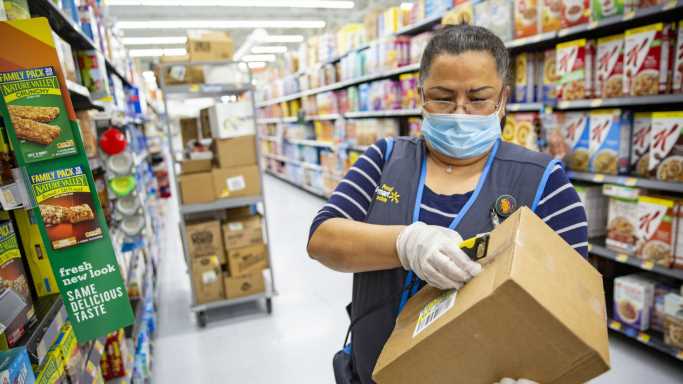 Walmart Inc. (NYSE: WMT) is the largest employer in the United States, employing about 1.5 million Americans, and it has been at the center of controversies over its low wages for years. In 2020, the average wage of an hourly worker in a Walmart store in the United States was $14.76, which comes to between $25,000 and $30,000 annually for a full-time employee.

24/7 Wall St. reviewed store facts from Walmart’s corporate site to identify how many people in each state work at Walmart as sales associates and how much they are paid. The state where Walmart employs the most people is Arkansas, the location of the company’s headquarters, and where it was founded by Sam Walton in 1962.

The average wage of a Walmart field worker, which takes into account both full-time and part-time workers, does not differ much from state to state: from $13.42 an hour in Idaho to $16.02 an hour in New Hampshire. Compared to the state minimum wage and cost of living, however, employees in some states fare much better than others.

The cost of living is higher than the national average in nine of the 15 states with the highest-paying Walmart jobs. A dollar goes the furthest in America’s southern and midwestern states (here is the value of a dollar in every state).

Seven of the states where the cost of living is highest are among the 15 states with the highest minimum wage.

Click here to see how many people work at Walmart in each state and what they are paid.

To identify how many people work at Walmart in every state and how much they are paid, 24/7 Wall St. reviewed store facts, such as total Walmart locations in every state, number of full-time and part-time hourly field associates, as well as average wage from Walmart’s corporate site. The number of Walmart stores is as of Aug. 21, 2020, and the average wage is as of July 31, 2020.

These are the Arkansas numbers: