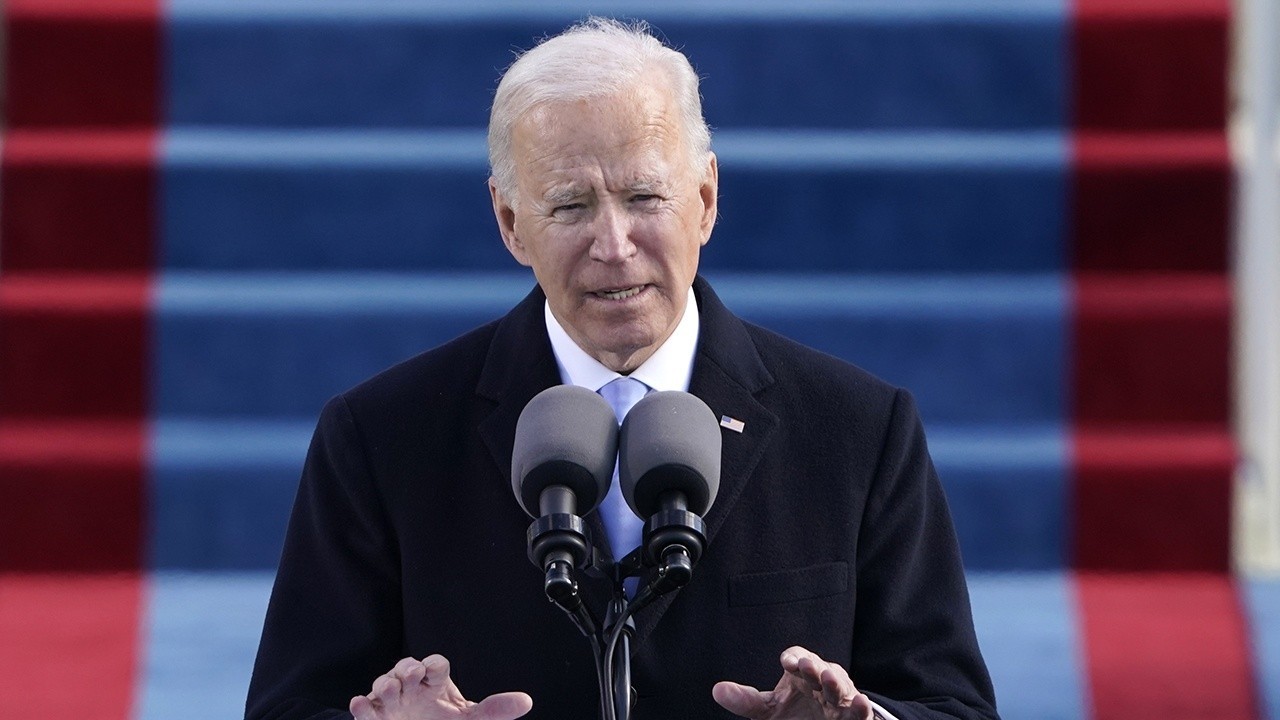 Rep. Suozzi on Biden’s agenda for first 100 days: Democrats, Republicans can work together

The Biden administration on Friday defended the decision to remove a bust of former U.K. Prime Minister Winston Churchill from the Oval Office — creating a bright video designed to remind people “what the Special Relationship is truly about.”

“We’ve seen some discussion about the Churchill Bust, so we just wanted to remind everyone what the Special Relationship is truly about,” a tweet from the U.S. Embassy to the U.K. said.

The video contrasts pictures of the busy, which it describes as “just a bust of Winston Churchill” with pictures of former presidents meeting with former prime ministers — and highlights of the U.S. U.K. relationship.

President Biden had removed the bust of former U.K. Prime Minister Winston Churchill from display in the Oval Office. The Washington Post, as part of a tour of the new design of the famous room, reported that Biden “does not have the bust on display.” However, other busts, including labor leader Cesar Chavez and Martin Luther King Jr., are on display.

British Prime Minister Tony Blair had loaned President George W. Bush a bust of the British wartime leader in 2001. Former President Barack Obama had caused controversy by removing it when he entered office in 2009, and it was viewed by critics as a snub of the U.S.-U.K. alliance — although his White House noted that there was still a Churchill bust elsewhere in the building.

The controversy simmered for years, with then-London Mayor Boris Johnson noting in 2016 that “some said it was a snub to Britain.”

Former President Donald Trump restored a bust of Churchill to the Oval Office when he became president, and posted with then-Prime Minister Theresa May during their first meeting in Washington in 2017.

“This is the original folks, in many, many ways,” he told the press at the time. “It’s a great honor to have Winston Churchill back.”

“We’re very pleased,” May had replied.

The U.K. government, which saw a pro-Brexit leader in Washington when Trump was president, will be watching to see how Biden handles relations between the two counties. The U.K. is hoping for a robust free trade deal with the U.S. now that it has left the European Union and is seeking to solidify its economic independence.

The decision by Biden to remove the bust had drawn criticism among conservative figures on both sides of the Atlantic. Reform Party UK leader and Trump ally Nigel Farage described it as a “slap in the face to the British and any prospects of good relations.”

Nile Gardiner, a foreign policy analyst and former aide to Margaret Thatcher, was critical of the U.S. Embassy’s video.

“The Biden White House is doubling down on removing the Churchill bust from the Oval Office, saying it is ‘just a bust of Winston Churchill,’ he said. “Sir Winston Churchill saved the free world. He is a huge hero on both sides of the Atlantic. Show some respect.”

The Biden administration’s move to downplay any controversy was, however, shared by the U.K. government. Asked about the bust, a spokesman for 10 Downing Street told The Daily Mail: “The Oval Office is the President’s private office and it is up to the President to decorate it as he wishes.”

The spokesman added: “We are in no doubt about the importance President Biden puts on the U.S.-U.K. relationship.”