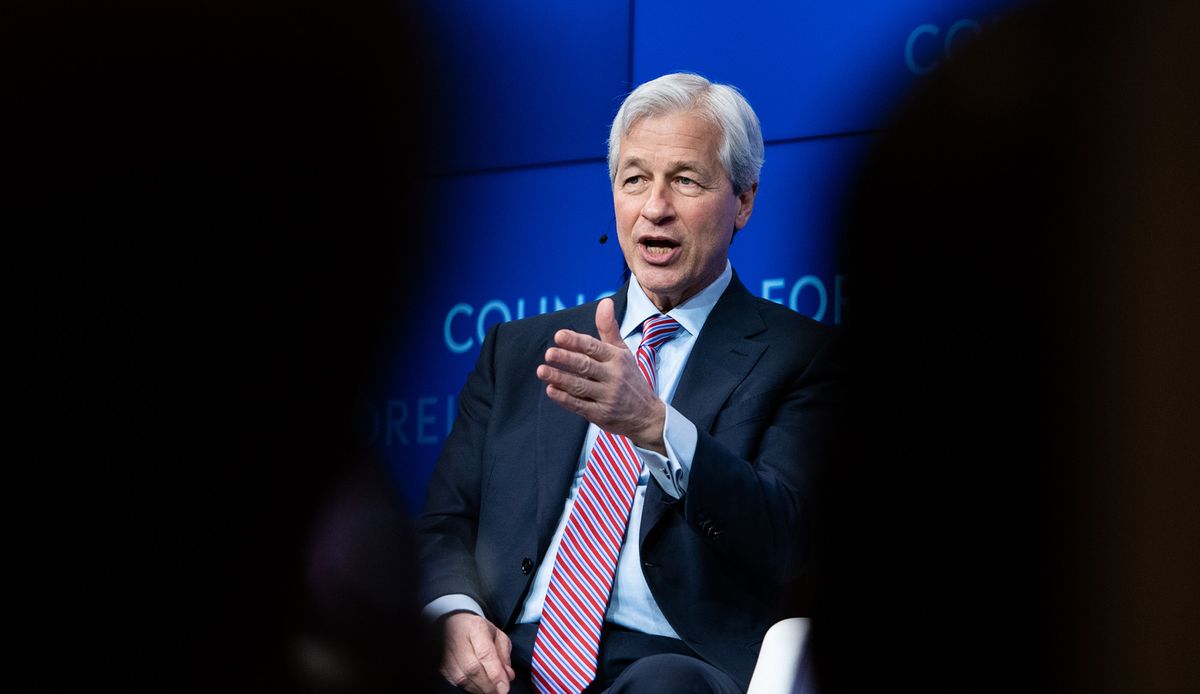 Fintechs, consider yourselves on notice.

“There are examples of unfair competition, which we will do something about eventually,” Dimon said on a conference call with analysts.

Many fintechs pull in revenue through hefty fees for debit-card swipes that banks such as JPMorgan aren’t allowed to charge. The largest U.S. banks are constrained by the controversial Durbin Amendment, which limits the fees lenders can charge merchants each time a consumer swipes a debit card at checkout. But those rules don’t apply to banks with less than $10 billion in assets.

For banks exempt from the rules, fees are around 54 cents per transaction, while banks that must comply with the amendment charge around 22 cents, according to data compiled by the Federal Reserve. It may seem like pennies, but it adds up: Retailers typically spend more than $100 billion a year to accept electronic payments.

Digital banks with names like Chime have seized on the opportunity, partnering with smaller lenders to offer debit cards along with checking accounts with fewer fees and features such as letting customers receive their paychecks a few days early. Chime, for its part, has said it has 8 million accounts, and last year raised $485 million, giving it a valuation of $14.5 billion — more than many of the largest U.S. regional banks.

Another fintech, Plaid Inc., builds the technology that allows apps such as Venmo and Betterment access consumers’ banking data. Visa Inc., one of JPMorgan’s largest partners, abandoned a deal to buy Plaid for $5.3 billion after the combination drew scrutiny from antitrust regulators.

There are “people who improperly use data that’s being given to them, like Plaid,” Dimon said. “You can expect that there will be other battles that take place here.”

Plaid said that “privacy and security are core to everything we do, including the data-exchange agreements we have with JPMorgan Chase” and other banks.

“At Plaid we’re focused on ensuring people have access to their own financial information so they can securely share it with permission in order to use the fintech apps they choose,” the company said in an emailed statement. “This is critical as people increasingly rely on fintech to manage their finances.”

While many fintechs currently rely on companies such as JPMorgan to do business, Dimon sees a near future where they won’t need banks at all.

“I expect it to be a very tough, brutal competition over the next 10 years,” he said, adding that JPMorgan is scoping out acquisitions and is “open” to making a purchase in the payments industry, alongside organic growth in that space. “I expect to win, so help me God.”