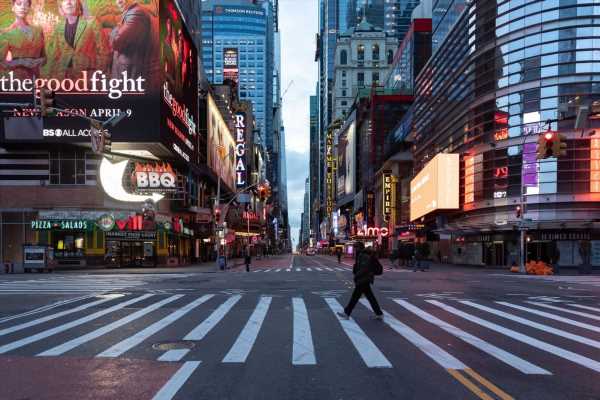 Overall property values are projected to decline 15.6%, most of which comes from commercial properties, de Blasio said, as the pandemic drove office vacancy rates in Manhattan to a 24-year high and hotels stood empty. Property tax revenue is estimated to drop by $2.5 billion, the largest decline since 1996, he said.

“This is an illustration of just how much disruption occurred here,” de Blasio said during a press conference. “This is just a total economic dislocation for certain industries. We’ve never seen like what’s happened in the hotel industry. We’ve never seen midtown in the situation it is now. Talk about a perfect storm, what’s happened in midtown was inconceivable, and even in downturns before nothing like that has ever happened.”

Property taxes have traditionally been a stable and predictable source of revenue for local governments, tempering the volatility of sales and income taxes that are more sensitive to the economy. New York City property tax collections didn’t fall during the Great Recession, according to the city’s financial reports.

De Blasio proposed a $92.3 billion budget for the year that starts July 1, about the same amount of spending as the current fiscal year. The mayor also announced that incoming Senate Majority Leader Chuck Schumer and President-elect Joe Biden agreed to reimburse New York City for 100% of pandemic expenses, which would give the city an extra $1 billion.

The city plans to close the deficit in part by reducing headcount by 12,000 positions over this year and next. De Blasio is also proposing that the city use pension investment gains now instead of smoothing them out over future years, refinance debt and enact departmental budget efficiencies.

De Blasio’s preliminary budget shows the devastating impact that the pandemic continues to have on the city’s residents and economy, said Andrew Rein, president of the Citizens Budget Commission, a business-backed fiscal watchdog.

“The projected precipitous decline in property taxes is historic,” Rein said. “ It demonstrates the current challenges faced by residents and businesses, and strongly signals the long-term risks and hard road to recovery faced by key sectors and industries.”

The city hasn’t cut enough spending to stabilize its finances such as cutting employee benefits or improving productivity, Rein said.