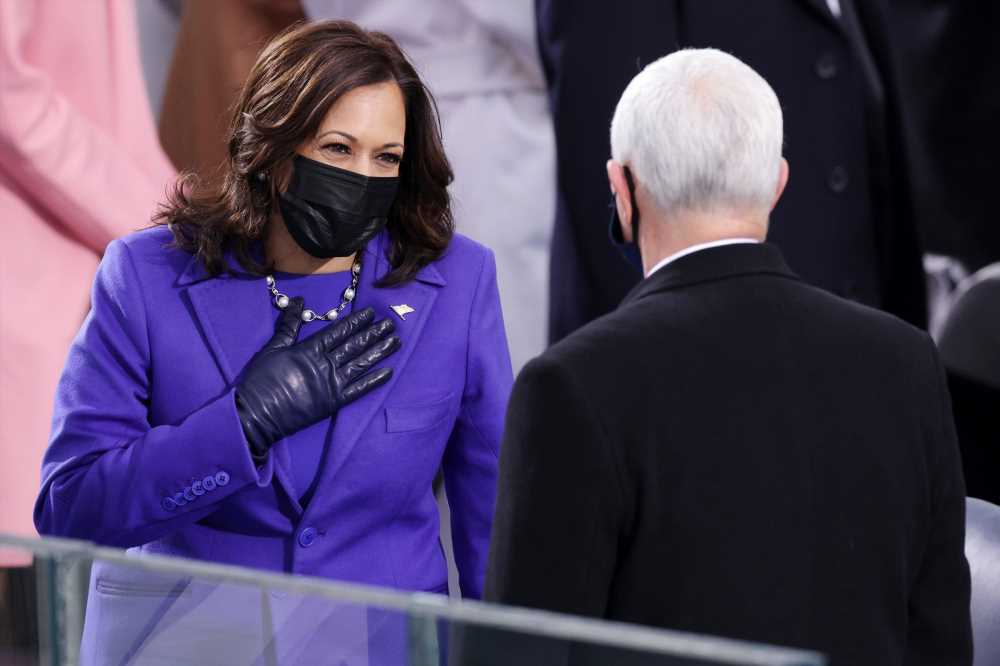 Vice President Mike Pence showed up in person to support President Joe Biden and Vice President Kamala Harris as the leaders of the new administration were sworn in Wednesday.

Pence, 61, attended Biden's inauguration at the U.S. Capitol, exactly two weeks after the violent riots on Jan. 6 that President Donald Trump incited that led to his second impeachment.

Trump, 74, tweeted two days after the insurrection that he would not be attending the swearing-in of Biden, 78, and Harris, 56. After his election defeat in November, he repeatedly lied to the public by claiming the election had been stolen from him, making baseless claims of voter fraud.

Pence and former Second Lady Karen Pence, his wife, were formally introduced at the event, as were the former presidents in attendance. After the ceremonies concluded at the Capitol, Harris and her husband, Doug Emhoff, were seen chatting and laughing with the Pences. While Pence had echoed some of Trump's lies about the election the pair lost, he broke with Trump over trying to stop the certification of Biden's win.

Presidents Barack Obama, George W. Bush and Bill Clinton, as well as former First Ladies Michelle Obama, Laura Bush and Hillary Clinton were also at the ceremony. (Former President Jimmy Carter and his wife Rosalynn sent their well-wishes from afar, not attending the inauguration ceremony for the first time in 44 years.)

Pence politely nodded his head "hello" to the Obamas and the Clintons, who greeted the Pences after they were announced and exited the Capitol building.

In his final message to the public Tuesday night, the former vice president said "it has been the greatest honor of my life" to serve in the White House.

Trump and his family were inside their private Mar-A-Lago club in Palm Beach, Fla., by the time Biden and Harris were sworn in Wednesday during a smooth, celebratory, and unprecedented inauguration ceremony.

Washington, D.C., Mayor Muriel Bowser previously asked the public to not attend the inauguration due to the ongoing COVID-19 pandemic and public safety concerns in the aftermath of the Capitol riot.

News of Pence's appearance at the swearing-in ceremony was first reported on Jan. 9, hours after Twitter, the social media platform that permanently suspended Trump's account, blocked the threatening phrase "Hang Mike Pence" from trending due to disturbing videos, some of which showed insurrectionists chanting the phrase during the Capitol riots.

A senior administration official told CNN and The Hill last week that Trump and Pence spoke in the Oval Office on Jan. 11. They reportedly had gone days without speaking following the riots and previous tension regarding Trump's pressuring Pence to illegally use his position as vice president to overturn the 2020 election results.

"The two had a good conversation, discussing the week ahead and reflecting on the last four years of the administration's work and accomplishments," the official told the outlets. Biden and Harris made history on Wednesday upon their swearing-in, shortly before noon. Harris became the first woman in U.S. history to take the vice presidency, as well as the first Black person and first person of Asian descent to hold the office.

Despite some officials expressing security concerns surrounding their inauguration in light of the violent riots in the U.S. Capitol building earlier this month, Biden said he was not concerned about taking the oath of office outside.

"I'm not afraid of taking the oath outside," he told reporters on Jan. 11, after publicly receiving his second coronavirus vaccine dose at Christiana Hospital in Newark, Delaware.

"I think it's critically important that there be a real serious focus on holding those folks who engaged in sedition and threatened people's lives, defaced public property, caused great damage, that they be held accountable," Biden added.