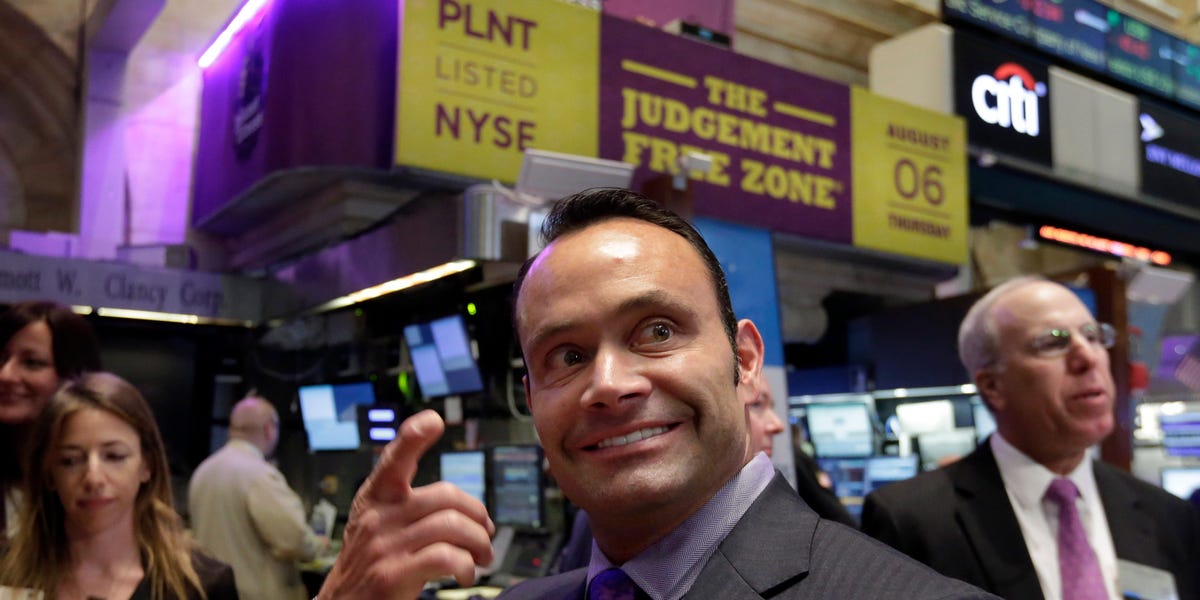 Planet Fitness CEO Chris Rondeau believes the US is headed toward a post-pandemic fitness boom "like we've never seen."

While competitors like Gold's Gym and 24 Hour Fitness went from temporarily closing locations to ultimately turning off the lights for good in 2020, Planet Fitness has managed to stay afloat, without a single permanent closure across its 2,000 national locations.

The pandemic, however, has inflicted significant damage to the chain. Planet Fitness lost an estimated 1 million of its 14 million total members in the second half of 2020. Rondeau said those members are now steadily coming back and that 90% of Planet Fitness locations are open to the public today. Most of its currently closed locations are in California.

"COVID fatigue is real," Rondeau told Insider. "People are coming out and joining, and they're not canceling at elevated levels right now. I'm pretty confident that the first quarter here we'll begin to start adding members and have growth for a broad section of our stores. I'm happy to put last year behind us."

Though the company's size and low-cost business model has helped it weather the storm, Rondeau said its success can also attributed to a strategic focus in increasing digital content for members on its mobile app and website.

While Planet Fitness already offered hundreds of free basic workouts on its app, it recently launch the beta version of a premium subscription service called PF+, designed to act as both an alternative revenue stream and pathway to signing on new members at its gym locations. For $5.99, users can access higher quality videos developed in partnership with Icon Health & Fitness, a manufacturer that produces machinery for companies like Nordic Track and Freemotion Fitness.

Planet Fitness' upgraded digital initiatives also extend to how it operates its physical locations during the pandemic. For example, the company recently added a "Crowd Meter" tool for members to track how populated a gym is in real-time, based on member check-ins. Because Planet Fitness is currently enforcing occupancy limits based on state guidance, the function is intended to prevent members from waiting in line outside, especially during the cold winter months.

"Before you leave the house you can see the occupancy of the club so you can choose a time that you feel more comfortable to work out," Rondeau said.

Digital fitness as a 'gateway to bricks and mortar'

Though Rondeau believes there's been a definitive shift toward at-home fitness during the pandemic, he said its "nothing new," comparing the trend to the VHS and DVD fitness fads of the 90s and early 2000s.

"The at-home fitness trend — whether it's buying an apparatus for your house, or just working out at home — in theory makes lot of sense and it's been around forever," he said. "I always say it's been around since Richard Simmons and Jane Fonda, since Billy Banks with Taebo then P90X with DVDs."

Despite the buzz around digital fitness, Rondeau views virtual fitness less as a replacement to working out in a gym and more of a supplement, one that is increasingly serving as a "gateway to bricks and mortar" at Planet Fitness, he said. According to Rondeau, 20% of Planet Fitness' early PF+ digital subscribers have converting to brick-and-mortar memberships.  Planet Fitness gym memberships range from $10 for monthly access to a single gym to $22.99 to workout at all of its gyms nationwide.

"It's a good supplement to your gym experience, but you'll never have the quality or the variety of going to the gym and the community and the energy of being around other people," he said.

Though the digital fitness market is growing increasingly crowded, Rondeau said Planet Fitness is carving a niche by offering PF+ content designed specifically for fitness newbies. According to the company, an estimated 40% of its members had never previously had a gym membership prior to joining.

As a result, Rondeau said he believes Planet Fitness can fill a void and "disrupt the digital world" by mirroring its physical gym strategy of being "low cost and actually catering to people that are just getting into fitness for the very first time."

"With most content out there that you pay for, it's really about getting fitter," he said. "In the bricks and mortar world, you got the Orangetheorys and the F45s and the SoulCycles, and they're all great exercises, but in most cases, they're too extreme for first timers. Our content is geared toward the casual first-time gym member and most content out there is not like that."

Rondeau expects the number of gym-goers at Planet Fitness to continue to rise going forward, as more Americans get vaccinated and place a more concerted effort on their personal health.

"Only 20% of the US population even has a gym membership. That's it. That's the problem. If 80% had a gym membership, maybe the country wouldn't be here with all these fatalities," Rondeau told Insider. "I think coming out of this, people will have a sense of appreciation of fitness and wellness and taking care of yourself."