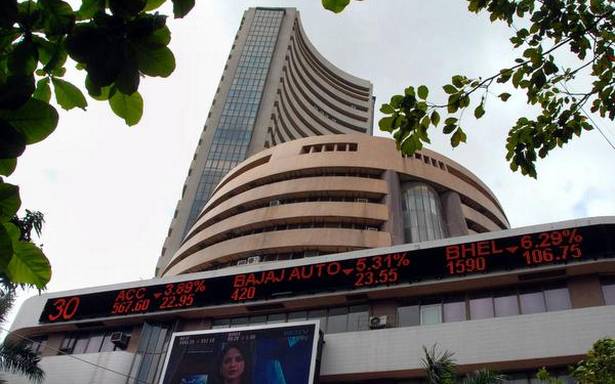 The BSE benchmark Sensex dived nearly 531 points to close at 48,348 on Monday, prolonging its losing streak to the third straight session, weighed down by massive selling particularly in energy and IT stocks.

On the Sensex chart, Reliance Industries fell 5.36%, followed by IndusInd Bank, HCL Tech, Asian Paints, UltraTech Cement and PowerGrid – dropping as much as 4.72%.

Of the Sensex constituents, 21 closed in the red and only 9 in the green.

Analysts are of the view that markets may remain volatile in this holiday-shortened week amid monthly derivatives expiry, quarterly earnings and the upcoming Union Budget.

Indian equity markets will remain closed on Tuesday for the Republic Day.

On the forex front, the rupee ended 3 paise higher at 72.94 against the U.S. dollar.

Meanwhile, Brent crude, the global oil benchmark, was trading 0.56% higher at $55.69 per barrel on Monday.