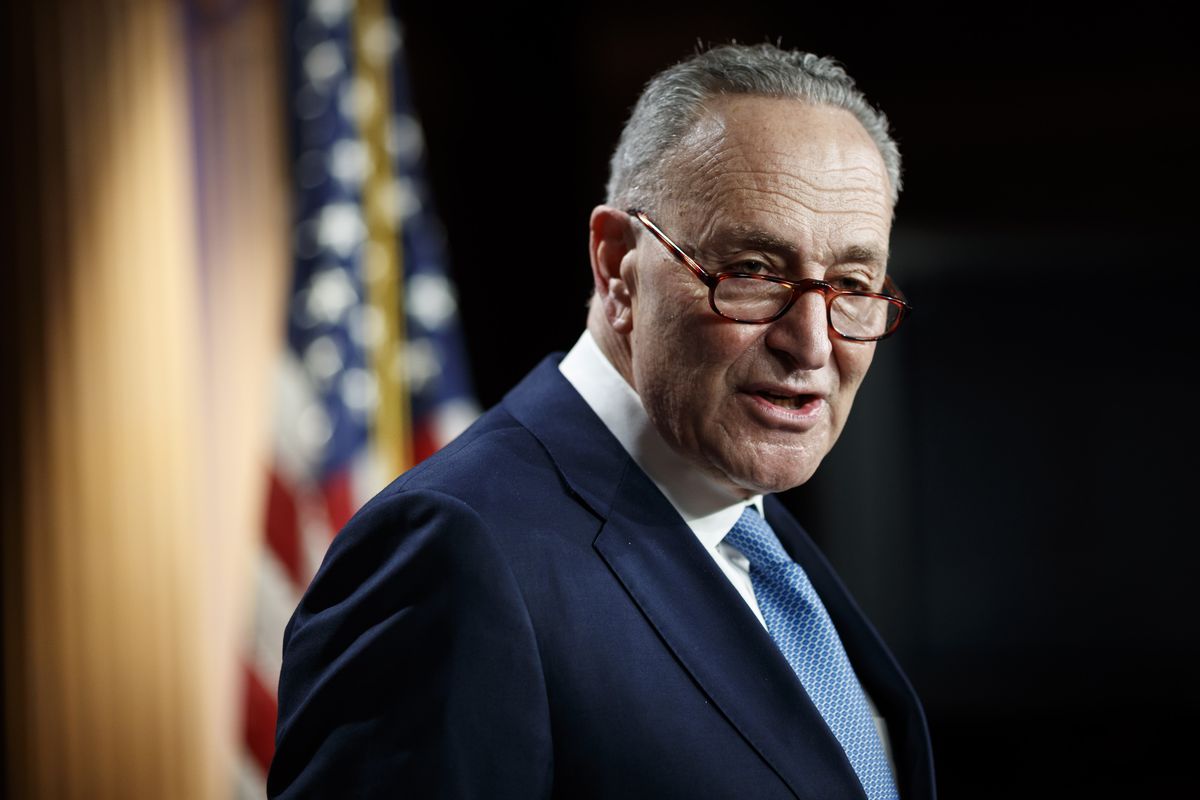 Senate Majority Leader Chuck Schumer called for President Joe Biden to declare a climate emergency, a controversial move that would give the new administration sweeping authority to circumvent Congress to combat global warming.

Declaring a climate emergency could unlock new powers for Biden, including the ability to redirect funding for clean energy projects, shut down crude oil exports, suspend offshore drilling and curtail the movement of fossil fuels on pipelines, trains, and ships. Former President Donald Trump used the tactic in February 2019 to divert billions of dollars to start construction on the wall along the southern border after Congress refused to appropriate the funding.

“Now, Trump used this emergency for a stupid wall, which wasn’t an emergency,” Schumer said in an interview with MSNBC’s Rachel Maddow that aired on Monday night. “But if there ever was an emergency climate is one. So I would suggest that they explore looking at climate as an emergency, which would give them more flexibility.”

Any such move would almost certainly face court challenges — just as Trump’s wall funding maneuver did. In July 2019, the Supreme Court cleared his administration’s plan to use disputed Pentagon funds to construct more than 100 miles of fencing along the Mexican border.

Schumer also said he thought his party could advance major parts of a climate agenda — even a ban on conventional, gas-powered cars — through budget reconciliation, a process that allows easier passage of some tax and spending legislation on a simple majority vote. Republicans used the process in 2017 to mandate the sale of Arctic drilling rights.

The Senate is now divided 50-50, with Vice President Kamala Harris giving the Democrats a tie-breaking vote. That makes it difficult to enact sweeping new programs through traditional legislation. On most major bills, Democratic leaders will have to navigate around moderates in their own party — including Senator Joe Manchin of coal-rich West Virginia — and lure 60 votes including some Republicans to overcome a filibuster.

Schumer emphasized that Democrats could use reconciliation to enact a ban on the manufacture of internal combustion engines powered by oil- and plant-based fuels. He has previously said that if Democrats won control of the Senate he would put an ambitious $454 billion plan on the floor to remove gas-powered vehicles from American roads by 2040.

Biden has vowed to decarbonize the electricity sector by 2035 as part of his goal to reach zero net emissions by 2050, though many elements of his plan would require Congress to act.

The White House had no immediate comment on Schumer’s suggestion of declaring a climate emergency. But a White House official said the president understands the magnitude of the climate crisis and cited his climate proposal calling for a whole-of-government approach.

Opponents of declaring an emergency have warned it could radicalize climate protection and alienate moderate Democrats whose support is needed to pass other major legislation, such as infrastructure spending, that could contain climate-related provisions.

Still, some environmentalists were heartened by the New York Democrat’s idea.

“Declaring a national emergency isn’t just symbolic,” said Brett Hartl, government affairs director at the Center for Biological Diversity. “It unlocks additional powers to take on the climate crisis, and we can’t afford to wait any longer to muster the full powers of the federal government to combat this existential crisis.”

— With assistance by Steven T. Dennis, and Mario Parker