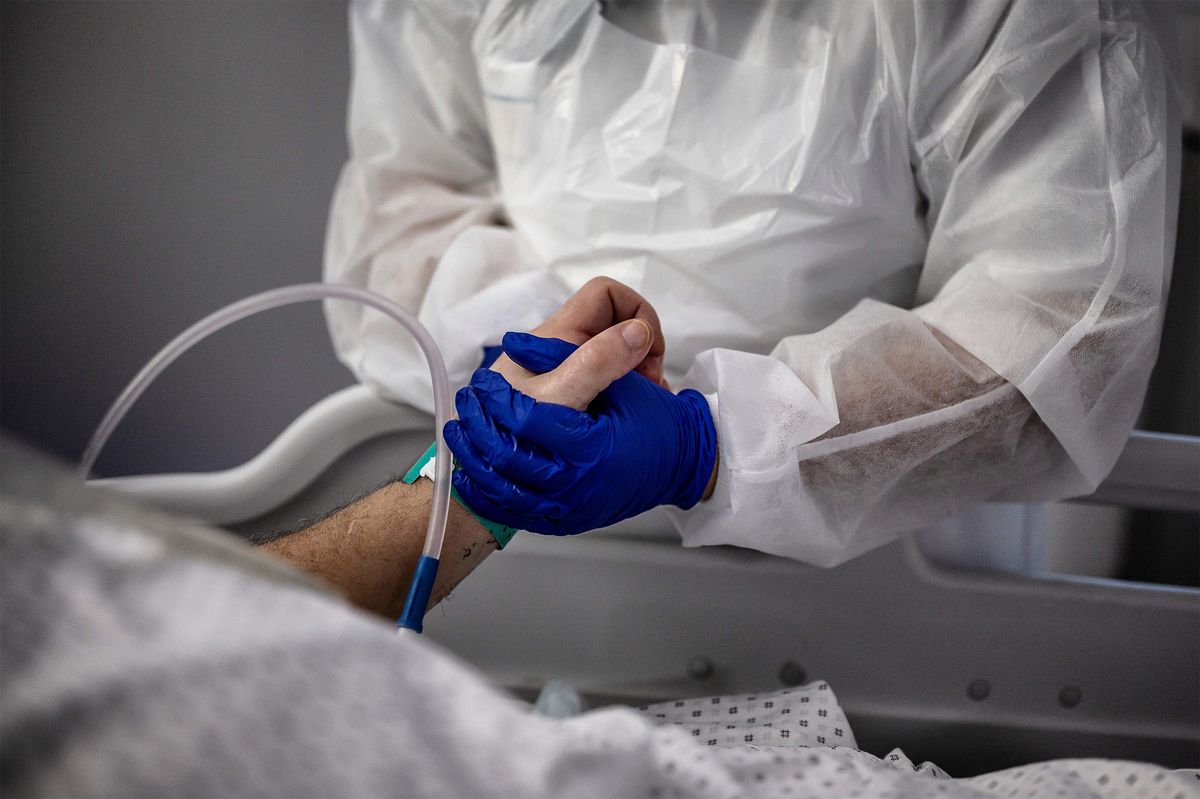 Global coronavirus cases surpassed 100 million, according to data compiled by Johns Hopkins University, marking another grim milestone in the pandemic. European Union governments plan to remove Japan from their list of countries whose residents should be allowed to visit the bloc.

The U.K. became the first nation in Europe with 100,000 deaths. Ireland’s strict lockdown regime is set to be extended until at least March 5. New Zealand is likely to keep its borders closed to the world through most of 2021. India has an unusual vaccine problem.

U.S. President Joe Biden announced a push to purchase more doses of vaccines and get them more quickly to the states. Pfizer Inc. will be able to supply the U.S. with 200 million doses two months sooner than previously forecast, according to its top executive.

Subscribe to a daily update on the virus from Bloomberg’s Prognosis team here. Click CVID on the terminal for global data on cases and deaths.

Most of the world is struggling to secure enough vaccines to inoculate their populations. India has the opposite problem: Plenty of shots, but a shortage of people willing to take them.

As India rolls out one of the world’s biggest inoculation programs, some health-care and other front-line workers are hesitating because of safety concerns over a vaccine that has yet to complete phase III trials. As of Monday, only about 56% of people eligible to get the shot had stepped forward in a nation with the world’s second-worst Covid-19 outbreak.

Three straight days of riots in Dutch cities gave way to calm on Tuesday, as protests over Covid-related lockdowns led to only minor incidents.

In Maastricht in the south of the country, soccer fans marched in the streets just before curfew to show support for police.

The Biden administration said it intends to order 100 million more doses each of Pfizer Inc. and Moderna Inc.’s coronavirus vaccines, and at least temporarily speed up shipments to states to about 10 million doses a week.

The new purchases would increase total U.S. orders for the two approved vaccines by 50%, to about 600 million shots, according to a senior administration official. Delivering 10 million doses to states would represent about a 16% increase from the current weekly pace, though the higher pace may only last three weeks.

Bulgaria is gradually easing measures after it went into partial lockdown at the end of November, when it reached the EU’s highest coronavirus death rate. All schools will reopen in the next month, and movie theaters and gyms will reopen from Feb. 1 with limited capacity, the health ministry said. Bars, restaurants and night clubs will remain closed until March 1. All arrivals will need to present a negative PCR test result upon entering the country.

“We’re in the plateau, it would be my guess right now,” Murphy, a first-term Democrat who is seeking re-election in November, said Tuesday during an interview on Bloomberg Television.

Murphy didn’t say what restrictions he may loosen. New Jersey was the second-hardest hit after New York in the initial wave of Covid-19 that struck in March 2020. The resurgence that began with colder weather is showing signs of leveling off following a holiday surge.

“With respect to the Pfizer vaccine, they have already submitted a protocol to include additional sites and we expect those to come through during February-March and to have an impact on supply at the start of the second quarter,” Cooke told a European Parliament committee on Tuesday.

The potential increase in supply will be welcomed by the EU amid a slower rollout of the Pfizer-BioNTech shot as a result of the renovation of a factory in Belgium. The production disruption affected vaccine deliveries to all member countries last week, an EU official said at the time.

European Union governments plan to remove Japan from their list of countries whose residents should be allowed to visit the bloc during the current phase of the coronavirus pandemic, according to an EU official familiar with the matter.

An update to the EU’s recommended travel “white list” continues to exclude the U.S. and all but seven other nations, the official said Tuesday, asking not to be identified because the deliberations were confidential.

The removal of Japan as a result of increased virus cases in the country leaves just Australia, China, New Zealand, Rwanda, Singapore, South Korea and Thailand as approved places of departure.

More than 100,000 people have died from coronavirus in the U.K., the first country in Europe to surpass the threshold.

Deaths in London, which is at the center of the current outbreak, are running at 84% above the five-year average amid concerns a new strain of the virus is more fatal. There are 37,561 patients hospitalized with Covid-19 across the country.

Ireland’s strict lockdown regime is set to be extended until at least March 5, Prime Minister Micheal Martin said. Schools, bars, non-essential stores and personal services will remain closed. In addition, with some exceptions, the government is introducing mandatory quarantine, either at home or in hotels, for international arrivals. Around two-thirds of Ireland’s new cases are linked to the U.K. variant, the government said.

Ireland reported 928 new cases on Tuesday, marking the first time the number was below 1,000 in nearly a month. Another 90 people died, taking the overall death toll past 3,000.

New York Mayor Bill de Blasio said he spoke to members of the Biden administration to appeal for more vaccines, but that the city would miss his goal of administering 1 million shots by the end of January.

The city has given out more than 650,000 doses so far and only had 7,710 doses on hand on Tuesday. New York expects 107,000 more first doses this week, far short of the city’s capacity to administer half a million doses per week. “We could be doing so much more,” de Blasio said in a Tuesday briefing. “I need hundreds of thousands of doses more, per week.”

Zimbabwe plans to buy sufficient coronavirus vaccines to inoculate about two-thirds of its population, amid a surge in infections and deaths.

The shots will be jointly acquired by the government and private companies, according to a proposal presented during a meeting between President Emmerson Mnangagwa and business leaders in the capital, Harare, on Tuesday.

Portugal on Tuesday reported the highest daily number of deaths from the coronavirus since the start of the outbreak. There were 291 fatalities in a day, more than the previous record of 275 on Sunday, taking the total to 11,012 deaths.

The government reported 10,765 new confirmed coronavirus infections in a day, below the record 15,333 cases announced on Saturday, bringing the total to 653,878. The number of patients in intensive-care units fell by two to 765. The country’s national health service has a capacity of about 1,200 intensive-care beds.

Pfizer will be able to supply the U.S. with 200 million Covid-19 vaccine doses two months sooner than previously expected, according to its top executive.

Chief Executive Officer Albert Bourla said Tuesday that the drugmaker and its partner, BioNTech SE, will be able to deliver more doses to the U.S. and European Union before the end of the second quarter due to a change in the vaccine’s label that allows health-care providers to extract an additional dose from each vial.