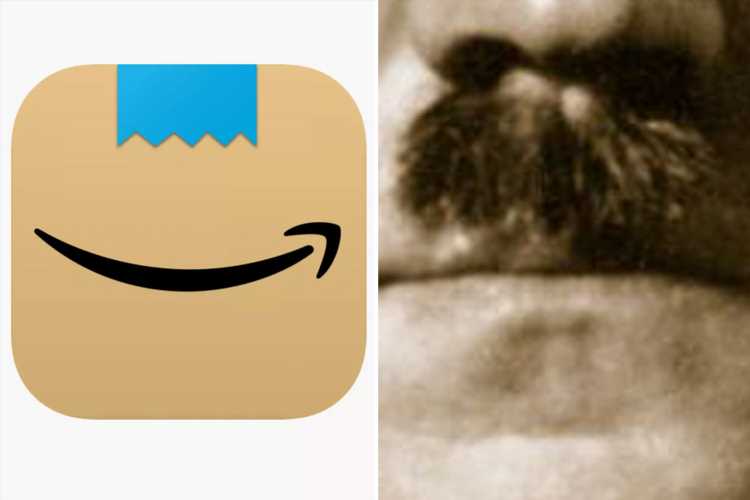 AMAZON may want to rethink their new iPhone app icon after jokesters on social media compared it to Adolf Hitler.

Rolling out on iOS this week, the image is meant to resemble one of the US shopping giant's brown delivery boxes emblazoned with its "smile" logo. 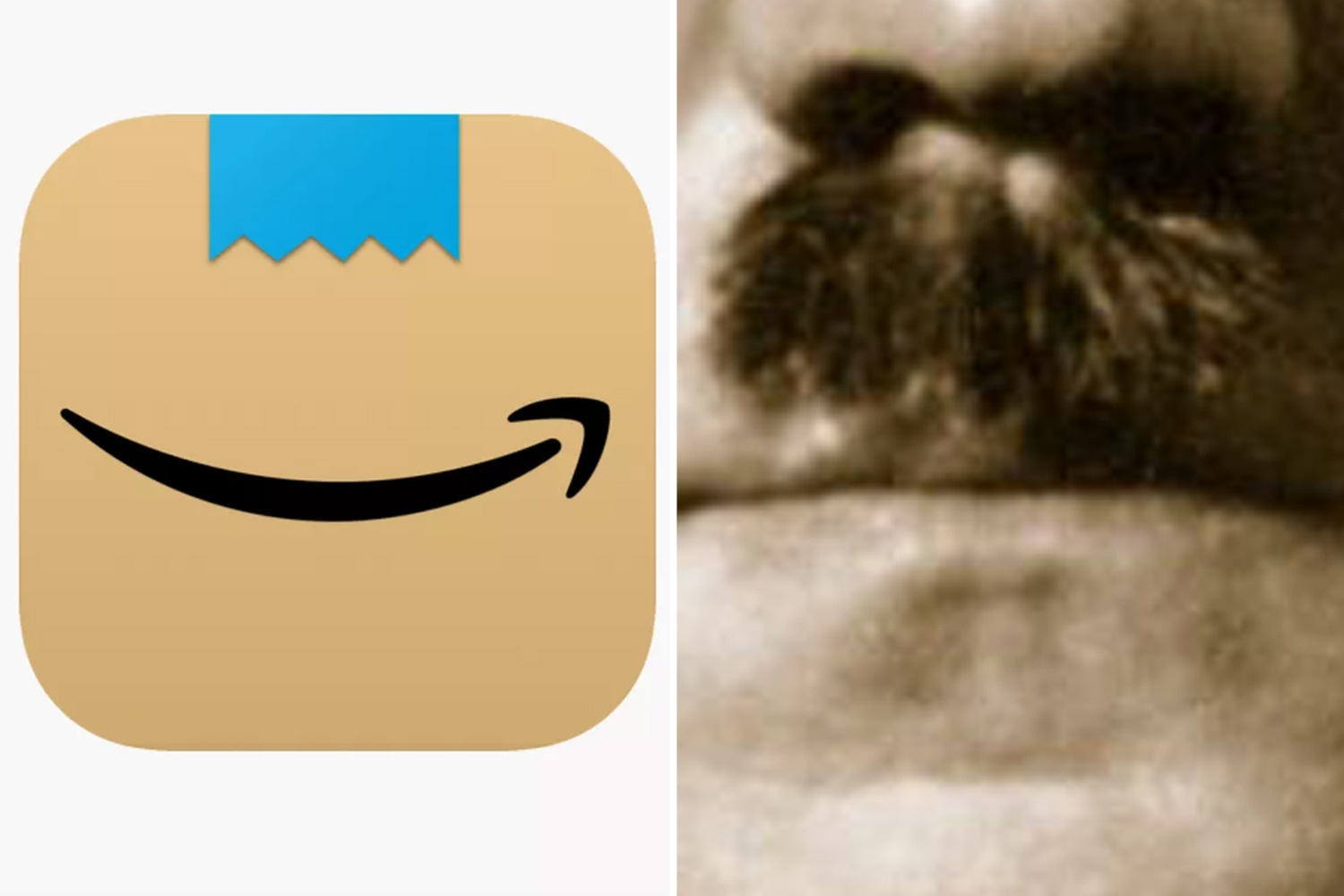 A strip of the firm's recognisable bright blue tape spills over the top of the box. A handful of Twitter users see the icon a little differently, however.

They reckon the symbol looks like the bottom half of Hitler's face, with the tape representing the genocidal dictator's famous trimmed moustache.

"Amazon isn't pulling any punches with its new Hitler-stache logo, eh?" one tweeter wrote on Tuesday.

Another Twitter dweller – tongue firmly in cheek – said: "Amazon needs to rethink this logo, or there will be Heil to pay. 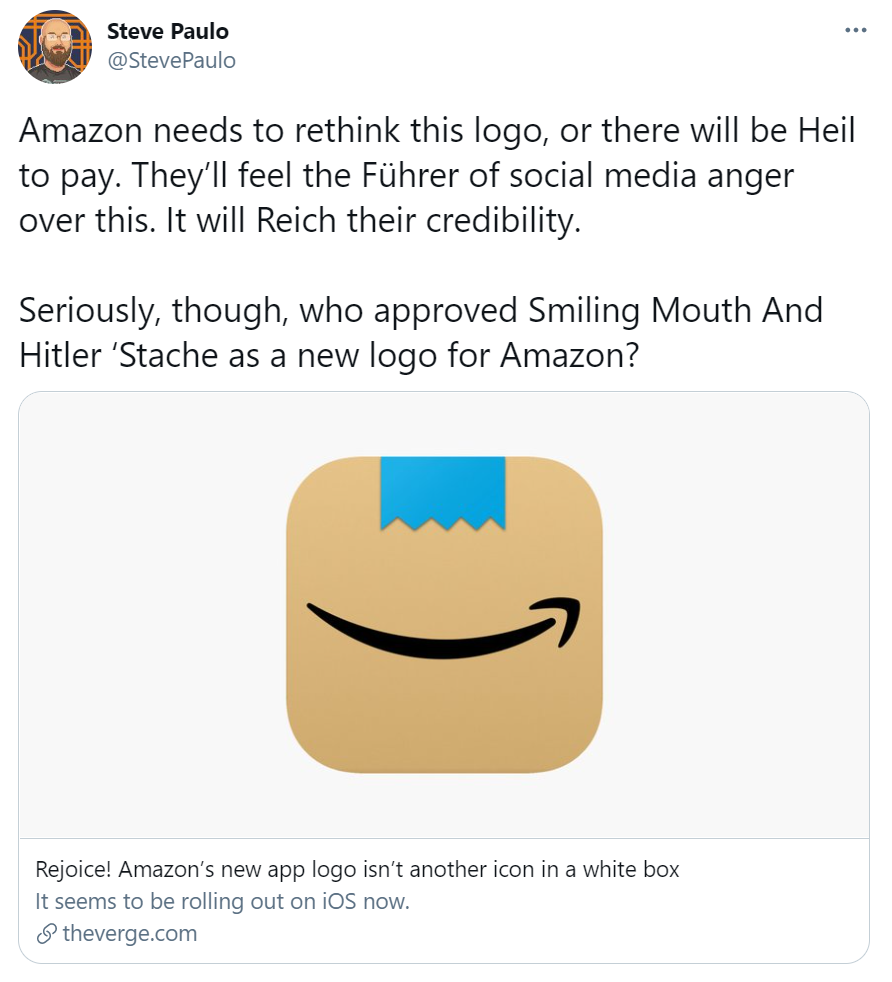 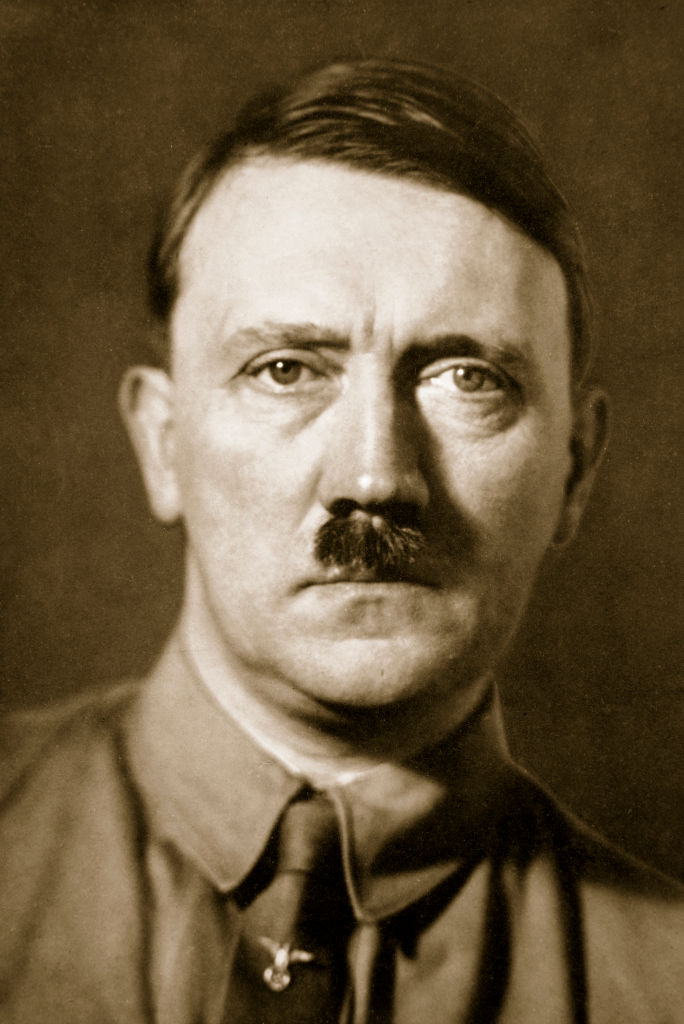 "They’ll feel the Führer of social media anger over this. It will Reich their credibility."

They added: "Seriously, though, who approved Smiling Mouth And Hitler ‘Stache as a new logo for Amazon?"

Amazon's old icon design showed a blue shopping cart with the company's logo plastered above it.

The Seattle firm has already begun rolling out the new one to iPhones. It appears in the app’s listing on Apple’s UK App Store. 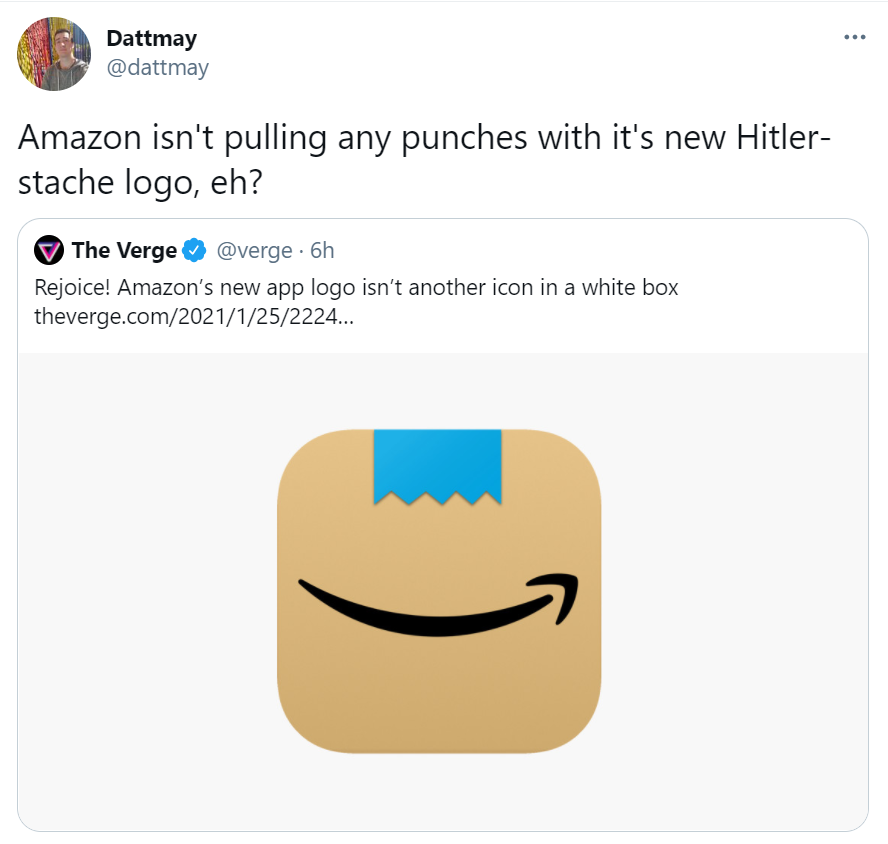 While some people have compared the design to a tyrant responsible for the deaths of millions, others have showered it with praise.

Another wrote: "I personally am able to forgive Amazon of their crimes against humanity now that they have such an adorable logo."

Amazon did not respond to a request for comment. 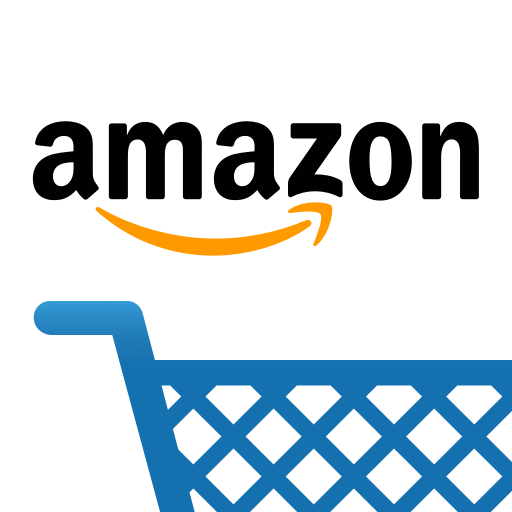 It's not the first logo gaffe pulled in recent years.

A council in Lancashire axed a newly unveiled logo in 2014 because it looked like the trademark of an online store selling sex toys.

The design featuring a stylised heart was meant to mark the 40th anniversary of the local authority in the town of Pendle.

But it was ditched after critics slammed its similarity to the logo used by erotica business Lovehoney.

Councillor Ken Hartley said the thought of seeing it all over town had him “reaching for blood pressure medication”.

In other news, a Sky broadband bug locked thousands of customers out of their Amazon accounts this month.

The online shopping behemoth is beginning to integrate all-electric vans into its huge fleet of delivery vehicles.

And, Amazon Music is FREE for three months, saving you £24 – here's how to claim it.

What do you make of Amazon's new logo? Let us know in the comments!