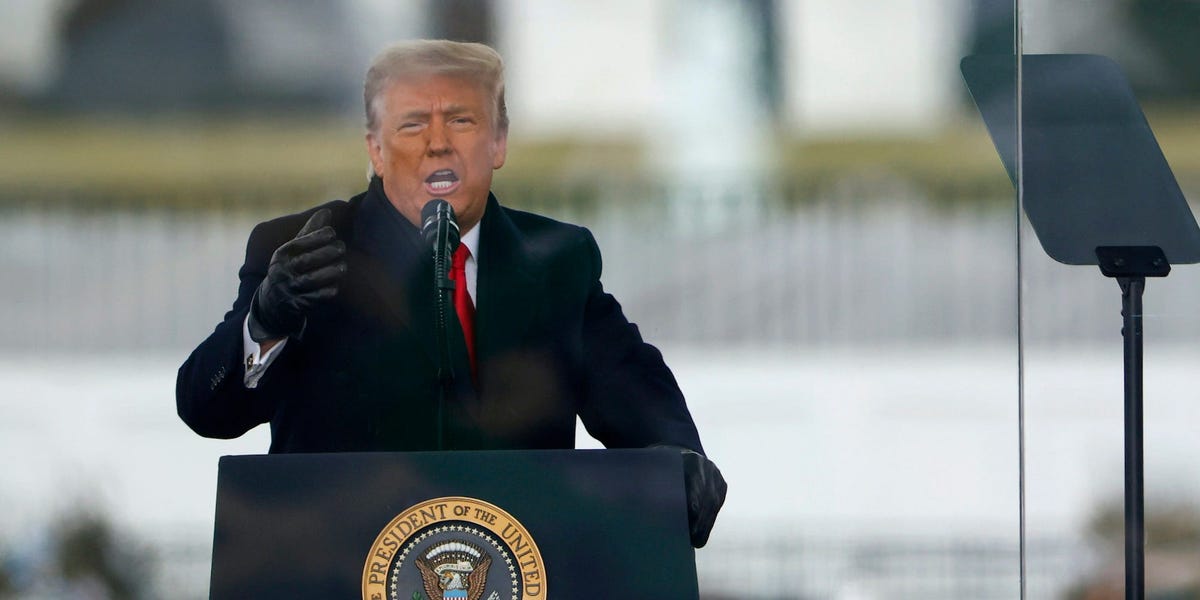 The House of Representatives transmitted the article of impeachment against former President Donald Trump to the Senate on Monday.

The article charged Trump with "incitement of insurrection" related to his role in the failed coup at the Capitol on January 6, which resulted in five deaths and multiple injuries.

"Our Constitution and our country are well served by the extraordinary leadership of Lead Manager Jamie Raskin, and Representatives Diana DeGette, David Cicilline, Joaquin Castro, Eric Swalwell, Ted Lieu, Stacey Plaskett, Madeleine Dean and Joe Neguse," House Speaker Nancy Pelosi said last week when announcing that the article would be transmitted to the Senate on Monday. Raskin read the article of impeachment after it was transmitted to the Senate.

Reps. Raskin, DeGette, Cicilline, Castro, Swalwell, Lieu, Plaskett, Dean, and Neguse are the nine Democratic House impeachment managers who will act as prosecutors during Trump's trial in the Senate. Vermont Sen. Patrick Leahy, who is the chamber's president pro tempore, will preside.

On Tuesday, senators will be sworn in to act as jurors in the trial, and an official summons will be sent to Trump inviting him to respond in writing to the charge against him.

Senate Majority Leader Chuck Schumer and Minority Leader Mitch McConnell reached a deal Friday evening for the trial itself to kick off the week of February 8, which gives the House impeachment managers and Trump's defense lawyers about two weeks to prepare their arguments.

"We are respectful of the Senate's constitutional power over the trial and always attentive to the fairness of the process, noting that the former president will have had the same amount of time to prepare for trial as our Managers," Pelosi said earlier Friday. "Our Managers are ready to begin to make their case to 100 Senate jurors through the trial process."

Schumer also told reporters on Sunday that the two weeks between now and when the trial starts will give the Senate time to confirm President Joe Biden's Cabinet picks and work toward his legislative agenda. He added that the trial would be "fair" but that it would "move at a relatively fast pace."

In order to convict Trump and potentially bar him from ever running for public office again, two-thirds of the Senate must vote in favor. Democrats hold a bare majority in the upper chamber — the party controls 50 seats and Vice President Kamala Harris has the tie-breaking vote — and it's highly unlikely that enough Republicans will break ranks to side with their Democratic colleagues.

Several Republican senators have come out against even holding an impeachment trial, arguing that doing so is unconstitutional, despite evidence to the contrary. But a handful of Senate Republicans have signaled an openness to holding the former president accountable, including McConnell, Mitt Romney, Lisa Murkowski, Ben Sasse, and Pat Toomey.