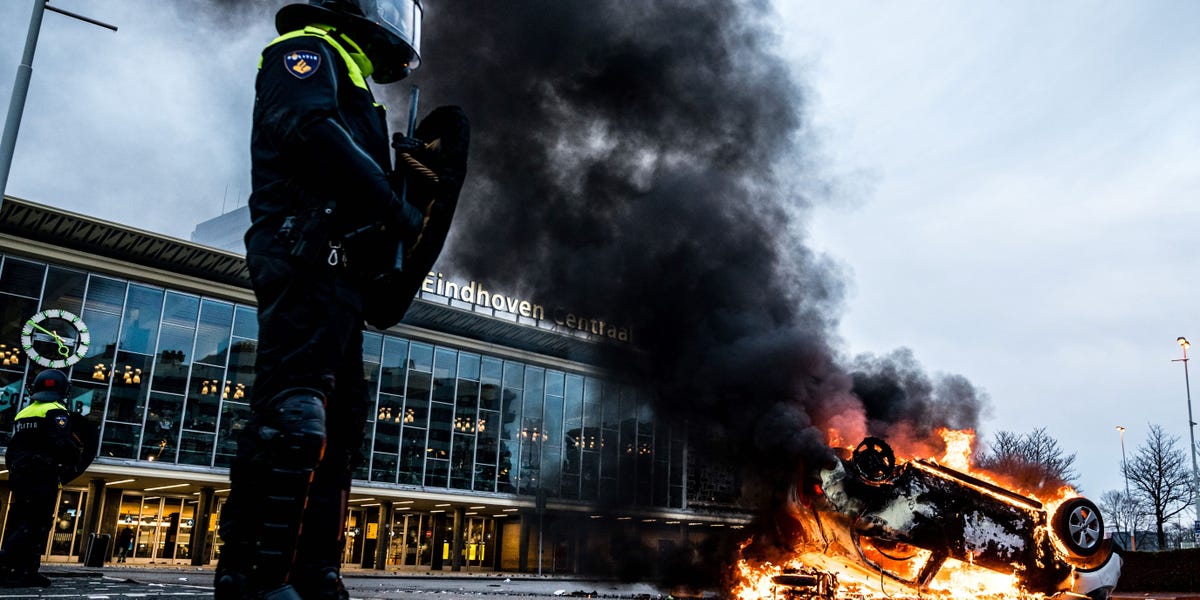 There were riots and looting across Dutch cities on Monday, a furious reaction to a new COVID-19 curfew imposed by authorities there.

A virus testing center, a hospital, and stores were targeted over three days of violence that came to a head on Monday night, the Associated Press (AP) reported.

The weekend had been the first of a curfew running from 9 p.m. to 4 a.m., a new measure meant to slow the spread of the coronavirus.

This measure was in addition to existing lockdown rules, which include widespread work-from-home orders, mask-wearing in most indoor locations, and social distancing of 5 feet.

There are multiple reports of violent incidents taking place nationwide since Saturday night, including:

Prime Minister Mark Rutte condemned the violence, distancing it from legitimate protest. "This has nothing to do with protest, this is criminal violence and we will treat it as such," the BBC reported him telling a press conference.

In the town of Goes and the province of North Holland, police have detained people on suspicion of using social media to call for violence, the AP reported.

If you have a story about the coronavirus pandemic you’d like to share, email us at covidtips@businessinsider.com.