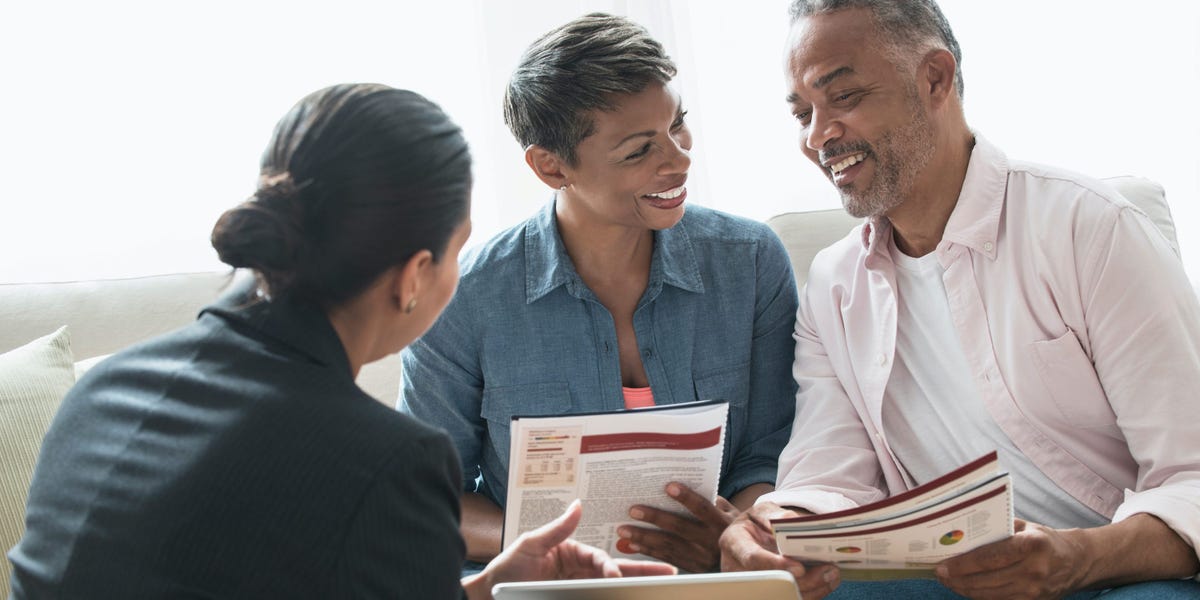 How much interest do they pay? That depends on the type of annuity. If it's a variable annuity, the interest rates are, well, variable: The size of your payouts is tied to the performance of the stock market, the bond market, or whatever sort of investments you picked to put your original lump sum in.

So it adds an investing component to your annuity account. That can mean greater growth and more income. But it also adds some risk.

Here's what you need to know before purchasing a variable annuity.

What is a variable annuity?

An annuity is an agreement with an insurance company. It's designed to provide financial security — usually in your golden years — via a regular income stream.

Annuities come in many different shapes and sizes. Some require you to pay in one lump sum; others let you make smaller payments over time. Some begin to pay you back immediately after your deposit (immediate annuities). Others have a longer accumulation period, and you start receiving your payout years into the future (deferred annuities).

Annuities can also differ in terms of how your interest rate is calculated, both when the funds are accumulating and when they start getting paid out.

With variable annuities, the interest rates are calculated based on a set of investments you choose. They will provide a guaranteed income stream, but at a fluctuating rate — one tied to investments of your choice. So your return is potentially greater, but so is your risk.

Because of this investment component, and because the money accumulates in the account tax-free, variable annuities often position themselves as competitors to retirement accounts, like IRAs and 401(k) plans.

How does a variable annuity work?

A variable annuity begins with you paying into a pot — this is your principal.

Your principal is then allocated into sub-accounts that you choose. These sub-accounts are like private mutual funds or ETFs: They invest in a portfolio of a certain kind of asset — stocks, bonds, or other investments. Some model themselves after a stock index, like an index fund.

While the money's invested within the annuity, it compounds and grows tax-free. If your investment choices perform well, you earn a higher rate of interest on your principal. Of course, if they drop in value, your interest rate goes down — you could lose money.

Some insurance companies do guarantee that you won't lose your principal — so you'll get back what you put in, at least. But even then, if your investments tank, you won't see any growth on your money and its value will be eaten away by inflation.

If you're not happy with your sub-account choices, you can usually shift them around (sometimes for a fee). You can usually make changes even after you start receiving your payments, but rules vary by insurance company.

In contrast to variable annuities, fixed annuities don't involve investments. Instead, the insurance company invests your principal for you. Your annuity generates a fixed rate of interest. These can range between 1% and 5%, but averages usually sit between 2% and 4%.

The fixed interest rate means there is less risk — you know your rate of return. And your payouts won't vary. But it also means you miss out on higher returns offered by stocks if the market is performing well.

Indexed annuities are a kind of hybrid of fixed and variable annuities.

They typically offer you a guaranteed base interest rate, so you know that your principal will grow at least a little.

But, the rate is also tied to a specific market index like the S&P 500. If that index does well, your interest rate will get higher, and you'll capitalize on strong market performance and earn more interest.

This protects you from market losses while still allowing you to profit from market gains.

Is a variable annuity a good investment?

Variable annuities do offer a variety of advantages, both compared to other annuities and to other investments.

What are the drawbacks of variable annuities?

Variable annuities have their downsides. The big one, of course, is investment risk. You are not guaranteed interest on your principal, because there are no guarantees in investing, ever. If your investment choices don't perform, your money won't grow, and it'll impact your income stream. Fixed-rate annuities pay less, but they pay.

Other variable annuity drawbacks include:

Variable annuities basically try to combine the steady income stream of insurance products with the appreciation potential of investments — particularly securities. So are variable annuities right for you?

As Woodruff says, "Annuities are the only product that can offer guaranteed lifetime income." They also offer tax-deferred growth, and you aren't as limited in the amount you invest as you are with other tax-advantaged retirement accounts.

But they're certainly not for everyone: They can be expensive, they are illiquid, and if you make poor investment choices, your payouts will be lower. The SEC notes that, for most investors, it's a good idea to max out payments to IRAs and 401(k) plans before considering a variable annuity.

Still, if you're looking for guaranteed retirement income and you're willing to take some risk and pay higher fees in exchange for potentially higher returns, variable annuities might be right up your alley.

Just make sure you understand all the details, including fees and surrender charges. And choose an established company that's still going to be around when it's your turn to get paid.

Investment income is money earned by your financial assets or accounts, and understanding how it works can help maximize your profits

Investing for income: 7 money-generating assets for your portfolio and how to get started

Liz Weston: How to mess up a variable annuity