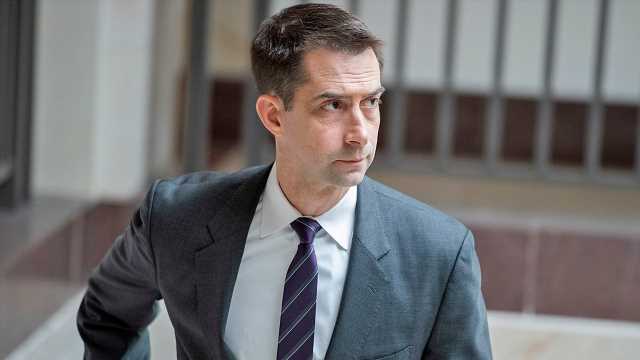 Cotton, who is widely seen as a top contender for the 2024 GOP presiential nomination, was the subject of a report last week from the liberal outlet that scrutinized his military service, particularly his reported claim on a congressional campaign flier that he “volunteered to be an Army Ranger.”

The Republican is a Ranger School graduate and was awarded the coveted Ranger tab upon graduation. He later served with the famed 101st Airborne Division, seeing combat in Iraq. Cotton has never claimed to have served in the 75th Ranger Regiment, a Special Operations unit separate from Ranger School.

In a report accusing Salon of “smearing” Cotton, the conservative magazine National Review outlined the common mistake by media outlets of referring to Ranger school graduates as “Army Rangers”.

For example, “Newsweek reported in 2015 that for ‘the first time in the Army Ranger School’s 64-year history, two women have completed the intense training program and will become Rangers,'” National Review reported. “The same 2015 Newsweek story … acknowledged that ‘the 75th Ranger Regiment does not allow female Rangers.'”

National Review then highlighted that Newsweek had picked up on Salon’s story and the left-leaning backlash Cotton received over the weekend, running the headline, “Tom Cotton Blasted for Claims About Being an Army Ranger by Lawmaker Who Was One.”

“Cotton’s communications director Caroline Tabler tells National Review that Cotton’s office contacted Newsweek this weekend to point out that Newsweek had identified the female Ranger school graduates as Army Rangers in 2015,” National Review continued. “Newsweek responded by editing its 2015 story to conform to Salon’s new smear of Cotton. The 2015 Newsweek story no longer says the two women ‘will become rangers’ — the edited version says they ‘will be allowed to wear the coveted Ranger tab on their uniforms.’ (The original Newsweek story can be viewed here.)”

A correction was added to the bottom of Newsweek’s report, stating, “This article has been changed to note that completion of the course allows one to wear the Ranger tab, but does not make one a Ranger.”

“This is totally strange,” Washington Post fact-checker Glenn Kessler reacted. “They got it wrong the first time and should have corrected it. It was a common journalistic mistake. But to rewrite the story without an explanation?”

“However bad you think it is, I promise it is much worse,” former New York Times opinion editor Bari Weiss warned.

“Someone needs to build a database that keeps track of all of the memory-holing done by the US press,” Quillette founding editor Claire Lehmann suggested.

Newsweek did not immediately respond to Fox News’ request for comment.

Cotton appeared on “Special Report” on Monday night and addressed the controversy he insisted was political.

“I graduated from the Ranger School. I wore the Ranger tab in combat with the 101st Airborne in Iraq. This is not about my military record. This is about my politics,” Cotton told Fox News’ Bret Baier. “Ranger Regiment legends like Gen. Scotty Miller or Gen. Craig Nixon have used the term to describe both alumni of the Ranger Regiment and graduates of the Ranger School, as did the secretary of the Army, as did most of my buddies in the Army … as did most of the liberal media, until a conservative veteran was using the term that way,”

“But if some people disagree, that’s fine. I respect their views. But what’s most important, I respect the service of all Rangers and, indeed, all soldiers who volunteered to serve our country,” Cotton added.

Tabler, Cotton’s communications director, told Fox News: “To be clear, as he’s stated many times, Senator Cotton graduated from Ranger School, earned the Ranger Tab, and served a combat tour with the 101st Airborne, not the 75th Ranger Regiment.”

Newsweek isn’t the only news organization to be criticized for retroactively editing its own reporting. The Washington Post was accused of memory-holing a 2019 profile of Vice President Kamala Harris’ sister, which included an unflattering vignette in which the then-Democratic presidential candidate joked that being on the campaign trail was like being a prison inmate begging for food and water.