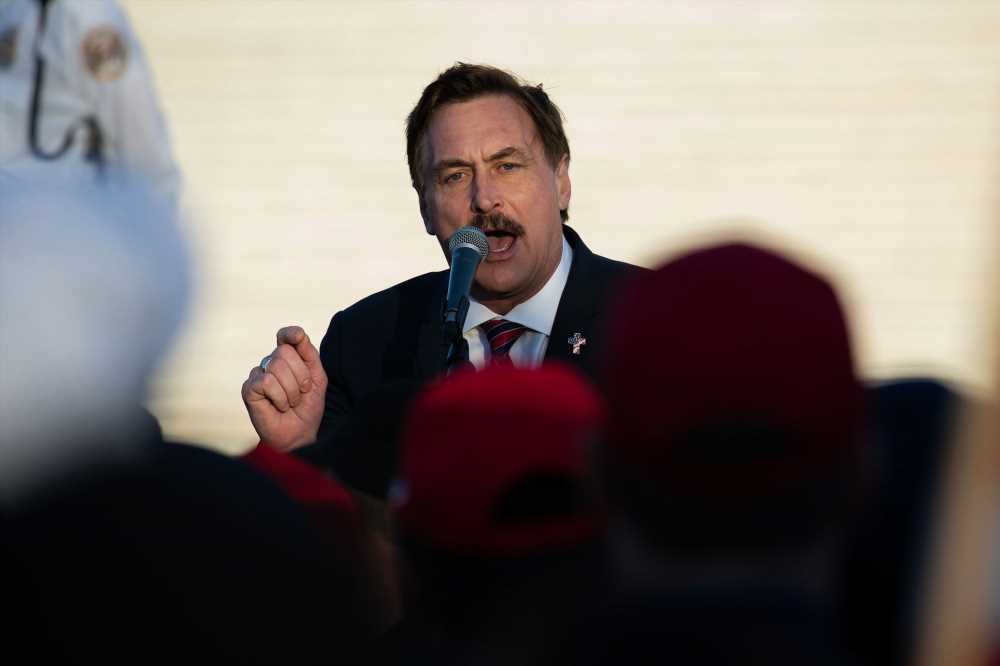 Andrew Yang: ‘I’ve been trying to escape New York for a while’

My Pillow CEO Mike Lindell has made a three-hour documentary expounding on his baseless conspiracy theories about the 2020 presidential election.

Lindell claims the movie will show “100 percent” that China and other countries flipped votes in President Biden’s favor — even though Donald Trump’s own law-enforcement officials found no evidence of any such thing.

“Everyone needs to share it with everyone you know, because anyone that sees this, even if it’s nine Supreme Court justices, every one of them would say, ‘Wow, this is an attack on our country,” Lindell said in a rambling interview with The Revival Channel.

Lindell said he put the film together in the last two weeks, with a dozen people working on “three hours of sleep a night” over the last four days to finish it. It’s slated to be released Friday, he said.

The controversial executive — who got his bedding company banned from Twitter this week — said he’s talked with the right-wing One America News Network about airing it “in a loop,” adding that he’d let it be broadcast on any channel that wants it.

One America News Network did not immediately respond to a request for comment.

Lindell has been booted from Twitter and threatened with a lawsuit from Dominion Voting Systems over the bogus election fraud claims he’s pushed since Trump’s November loss to Biden.

His unsubstantiated theories fly in the face of findings from federal authorities. Then-Homeland Security Secretary Chad Wolf said on Election Day that there was no evidence of any “foreign actor” altering vote tallies, while Trump-appointed Attorney General William Barr said officials had not uncovered proof of widespread voter fraud.

Lindell reportedly visited the White House before Trump’s term ended last month. He said he wants to show his new film to the ex-president, who’s facing an impeachment trial in the Senate next week.

“I’m gonna try to get to the president and show him this and now he’s gonna know that everything he’s been saying — when he walks into those hearings, they’re gonna give him an apology,” Lindell said.

The documentary is not Lindell’s first film. He helped produce the 2019 anti-abortion drama “Unplanned” and was the focus of a 2016 documentary called “The Mike Lindell Story: An American Dream,” according to Business Insider.