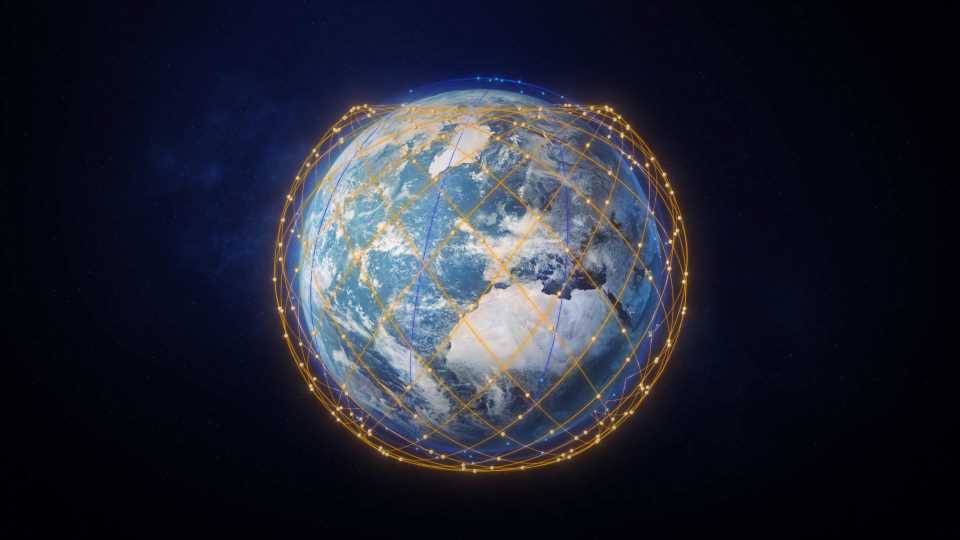 Lightspeed will focus on providing high-speed fiber-like internet to Telesat's customers around the globe. The network, known in the industry as a constellation, will consist of 298 next-generation satellites that orbit the Earth at an altitude of about 1000 kilometers, or a little over twice the altitude of the International Space Station.

"We're not a start-up. This isn't a new business activity for us. It's the same old customers and same old markets, but with an architecture that is better and more disruptive," Telesat CEO Dan Goldberg told CNBC.

The company largely focuses on business-to-business customers and expects its Lightspeed constellation will cost $5 billion build, including the cost of the satellites, buying rocket launches, building ground infrastructure and developing software platforms to operate the network. The cost of the satellites make up the bulk of that total, as Goldberg said the contract with Thales Alenia Space is worth about $3 billion.

Notably, Goldberg clarified that Telesat's Lightspeed constellation is not designed to compete with the direct-to-consumer networks of SpaceX's Starlink or Amazon's Kuiper.

"This is not a consumer broadband play," Goldberg said. "We're one of the largest satellite operators in the world today and we've been doing this for 50 years now. But we've always been an enterprise kind of service provider … we know that customer base, we know those markets. We collaborated with those customers when we conceived of this opportunity and designed this constellation."

Goldberg explained that Telesat's Lightspeed customers include cruise ships, airlines, and rural municipalities. The network's anchor customer will be the Canadian government, Goldberg noted, which signed on to use Lightspeed to "set up a pool of capacity that will get sold at very attractive rates to municipalities and and really rural broadband providers."

"It's orders of magnitude better than what exists today and even what a lot of folks are planning," Goldberg said. "This is all about delivering a low cost per bit to the market."

Telesat plans to begin launching the first Lightspeed in 2023, with initial satellites launched by Jeff Bezos's Blue Origin on its New Glenn rocket. Goldberg said he's been tracking New Glenn's development "closely," as the rocket's inaugural launch is planned in the next year, but he's confident that "it will be ready" when Telesat begins launching in two years. Telesat will also "be announcing other launch providers in the coming months."

One of the key technologies that Goldberg said the Lightspeed satellites will leverage is intersatellite links — which allow satellites to create data connections to each other, rather than individually connecting to points on the ground.

"We're basically deploying a big space-based mesh IP network, which means all of our satellites are always online and being able to be revenue-generating and connected to a user," Goldberg said.

Intersatellite links are key to reducing the number of points on the ground that the satellite constellation needs to connect to, as well as increase the overall speed of the global network. Goldberg said that Telesat plans to deploy about 30 ground stations around the world, "because we don't need that many" and it helps "minimize capital investment and spending on the ground."

"We've been using space for 50 years — we're a responsible industrial user of space. We've been very deliberate about making sure it doesn't have these kind of negative externalities," Goldberg said.