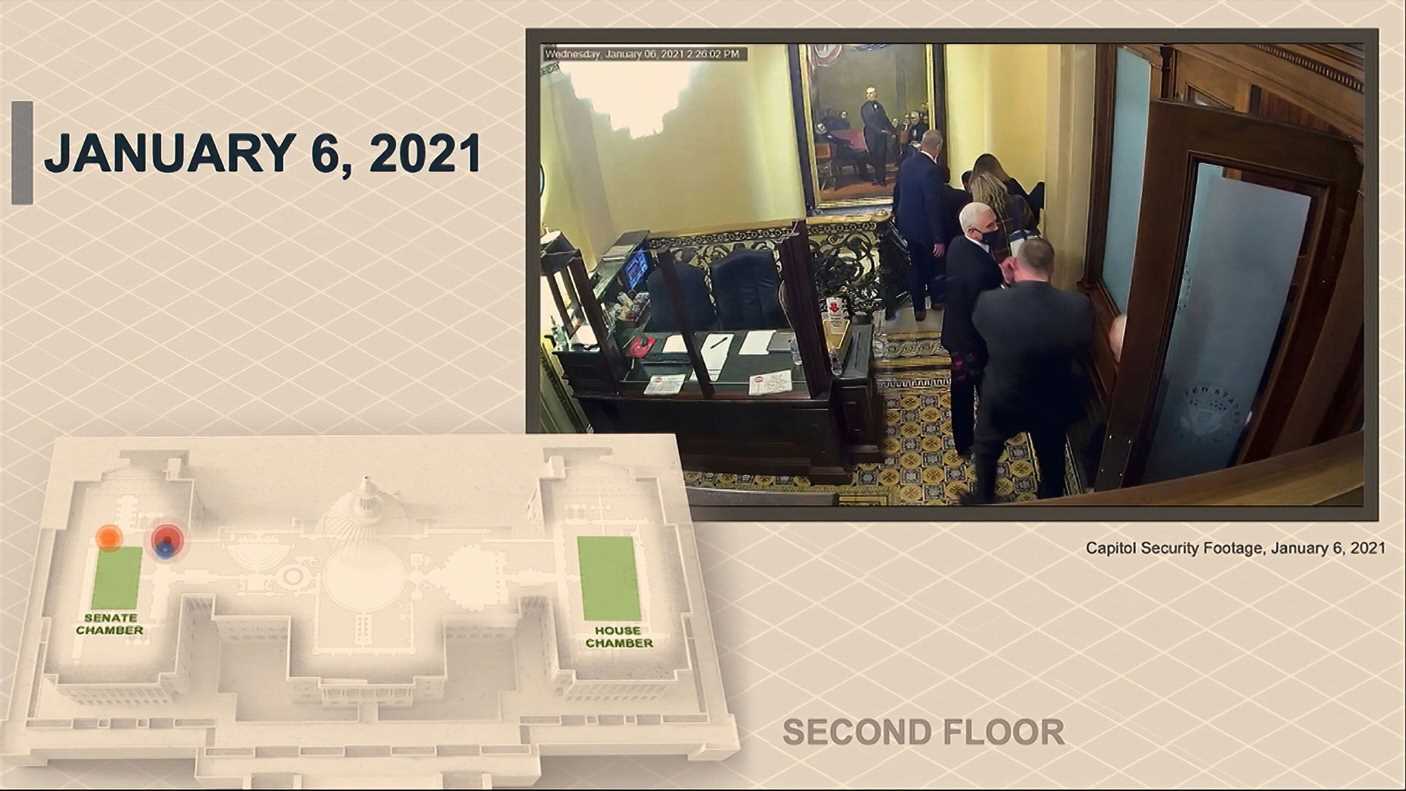 WASHINGTON ― Donald Trump posted a tweet attacking his own vice president for lacking “the courage” to overturn the election for him ― enraging his Jan. 6 mob even further ― just minutes after learning that Mike Pence had been removed from the Senate chamber for his own safety.

Newly elected Sen. Tommy Tuberville (R-Ala.) told reporters Wednesday night, following the second day of the former president’s impeachment trial, that Trump had called for his help in delaying election certification the afternoon of the U.S. Capitol attack but he had told Trump that Pence had just been taken from the Senate and he couldn’t talk just then.

“He didn’t get a chance to say a whole lot because I said, ‘Mr. President, they just took the vice president out. I’ve got to go,’” Tuberville said.

According to video footage from that day, Pence was removed from the Senate at 2:14 p.m. after rioters had broken into the Capitol, meaning that when Trump lashed out at Pence at 2:24 p.m., he already knew Pence’s life was in danger.

“Mike Pence didn’t have the courage to do what should have been done to protect our Country and our Constitution,” Trump wrote in his tweet.

Videos shown by Democratic House members presenting their impeachment case document that rioters were aware of Trump’s tweet. Some had erected a gallows outside the Capitol. Others roamed the halls, chanting, “Hang Mike Pence.”

The exact time Pence was taken from the Senate following the breach of the Capitol by the mob Trump had incited to try to overturn the presidential election was known the day of the attack, as was the time of Trump’s tweet. What was not known until Tuberville’s statement was whether Trump was aware of the danger Pence was in at the time he posted his tweet.

Miller and other Trump boosters have been arguing that the former president did not incite the mob that attacked the Capitol and that he could not have known that they would resort to violence.

Democrats presenting the impeachment case spent hours Wednesday showing that Trump began claiming he could only lose reelection if the other side cheated many months before Nov. 3 and that he began ramping up his language encouraging supporters “to fight” starting just days after losing by 7 million votes.

All but six Republican senators voted Tuesday to dismiss the impeachment case as “unconstitutional” because Trump is no longer in office. Should Trump be convicted with a two-thirds supermajority, a simple majority vote would prevent him from ever seeking federal office again.