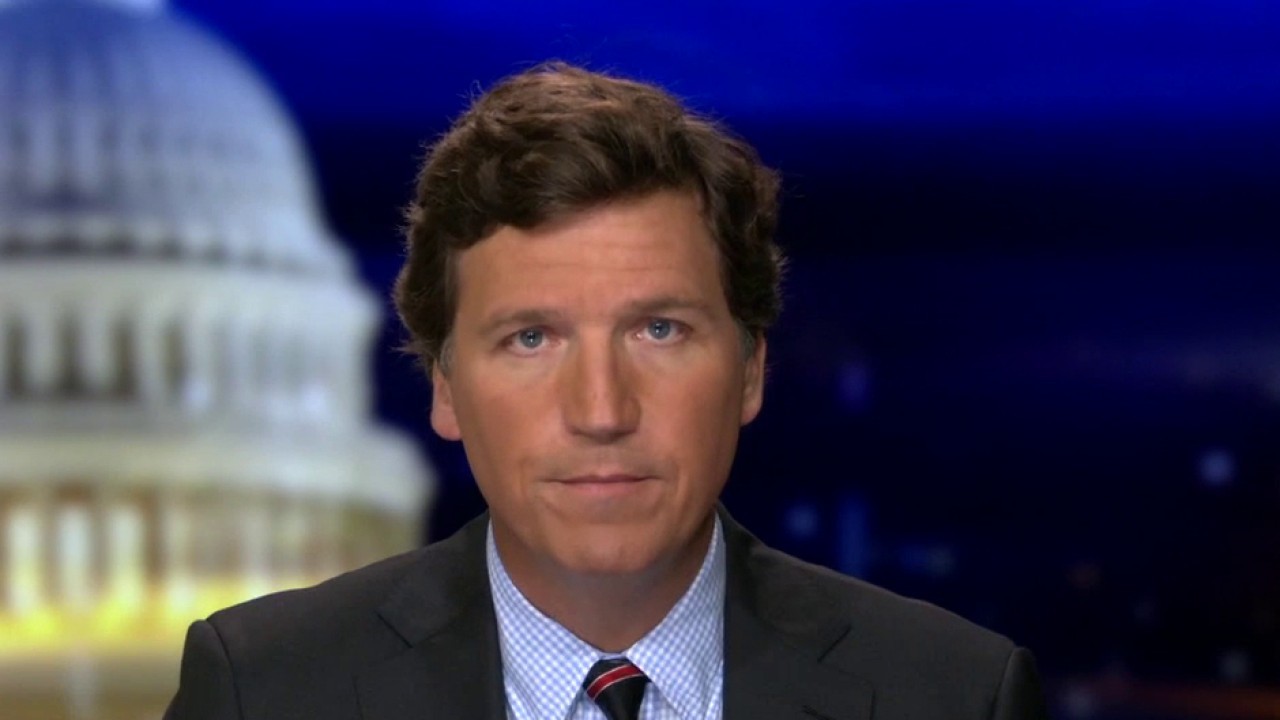 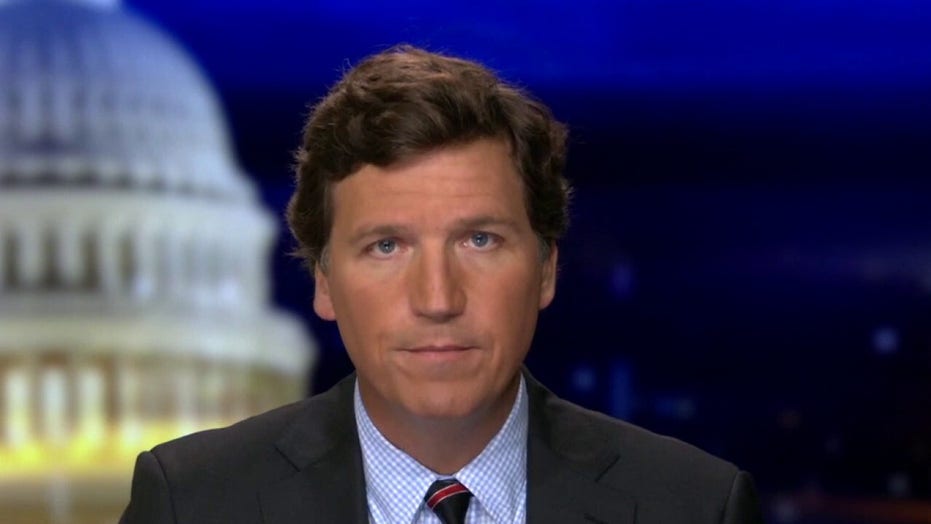 Tucker Carlson: Why the left wants to shut down FOX News

Why are the Democrats so angry? They seethed for years while they were out of power, but winning seemed to enrage them even more. You would have thought they’d get to work fixing the country they inherited, as they promised. Instead, they set about breaking things and hurting people.

What is going on here? Maybe it’s intrinsic. There’s a certain sort of low-character person who becomes more vicious in victory. Power makes them mean. The Ottomans destroyed the cities they captured, though there was never a good reason to do this. They did it because they enjoyed it.

Adam Schiff and Nancy Pelosi have a little bit of that in them, it seems. Imagine being anyone at their command. Imagine how they treat the staff at a restaurant. They’re the kind of people who flatter the boss and scream at the interns. They suck up and they spit down. Jeff Bezos is a god to them, you mean nothing.

So naturally, the Democratic Party is constructing a world designed to serve Jeff Bezos. You’re an afterthought in that world, and if you get in the way, they will punish you. Indeed, they already are punishing you. Your right to say and think what you want, to read and watch what you want, that threatens them above all. Why? Because if you have access to information, you can form your own judgments. A free Internet is their enemy. The moment they took power, Democrats began a kind of Counter-Reformation against the free Internet. They started the most sweeping mass censorship campaign in the history of this country.

On Wednesday, for example, Google pulled a pro-life news site off of YouTube. Why did they do that? Simple: Google supports abortion, like a lot of big corporations do. Children distract the labor force. If you’re raising your family, you are not serving shareholders. Google doesn’t want a debate on the subject, so they just shut the debate down. Hundreds of thousands of subscribers to LifeSiteNews will no longer be watching videos that question abortion, because they’re not allowed to.

On Thursday, Twitter shut down James O’Keefe’s Project Veritas Twitter feed. There was no justifiable reason to do this, but no one in the media asked questions about it or appear to consider it a problem.

“Project Veritas has been known,” Politico announced gravely, “to use deceptive practices and spread misinformation in attempts to expose what it views as ‘corruption, dishonesty, self-dealing, waste, fraud, and other misconduct’ from liberal organizations or individuals.”

Now, the person who wrote that sentence, a child reporter called Anna Kambhampaty whose Twitter handle braggs that she went to Cornell, didn’t even bother to explain what that so-called misinformation was. Do you know what it was? Project Veritas had criticized the people in charge. Kambhampaty didn’t question that standard, in fact she seemed pleased to play a role in silencing grown-up reporters. She thinks that’s her job. Good work, Anna. You work at Politico, so now you get to be America’s room monitor and tell the rest of us what to say.

So Project Veritas is off Twitter, but the Red Guards still aren’t satisfied. They will not rest until there is not a single human being remaining in all of American media who questions any of the platitudes that Anna and her friends memorized at Cornell in lieu of an actual education. Diversity is our strength. Trans rights are human rights. Abortion is health care. They don’t think about it. They just accept whatever the Central Committee decides is the slogan of the day, and anyone who mocks or disagrees with those slogans is silenced. In the name of diversity, we must have uniformity. We’ll have all the impediments to achieving this goal of uniformity, including centuries of tradition, the First Amendment to the Constitution, and the fact this was a free country.

Of all of those, Fox News is the most significant hurdle to getting everyone to sing from the same song sheet. Fox is the last big organization in the American news media that differs in even the smallest ways from the other big news organizations. At this point, everyone else in the media is standing in crisp formation, in their starched matching uniforms and their little caps, patiently awaiting orders from the billionaire class. And then there’s Fox News off by itself, occasionally saying things that are slightly different from everyone else.

On Fox, there are still journalists who are willing to think for themselves, and brave enough to say so out loud. It seems like that’s what journalism should be. But in 2021, it’s a very rare thing and the oligarchs hate it. Jeff Bezos, for one, has had enough of it. Bezos has sent forth his personal scribes from The Washington Post to make us go away. On command, they’ve written a number of columns suggesting that Fox News must be silenced and gone on television to demand the same.

They’re not the only ones. In the last 30 days, a single columnist at The New York Times called Nick Kristof has written three separate columns demanding that someone yank this news channel off the air immediately. On Wednesday, Kristof suggested that “Tucker Carlson Tonight” was somehow guilty of terrorism and violence, something that we’ve opposed consistently for four years.

How are we guilty of that, and why? Well, because Ashli Babbitt, the unarmed protesters shot to death at the Capitol on Jan. 6, apparently watched our show from time to time.

Now, keep in mind that Ashli Babbitt is dead. She paid the ultimate price for trying to enter the Speaker’s Lobby without permission. For Nick Kristof, her death is not enough. Now we need to ban any television shows that Ashli Babbitt may have watched.

We’re not even going to waste our time and yours explaining why that’s irrational. Pol Pot reads The New York Times, therefore, we need to close the paper down. John Wayne Gacy liked a Nick Kristof column, therefore Nick Kristof is guilty of mass murder. He’s a serial killer, too. That’s what Nick Kristof is saying.

We would never say something like that, ever. It’s too stupid, but nothing is too stupid for Nick Kristof or The New York Times. What Kristof lacks in reason he makes up for with vehemence. In the end, Kristof cannot stand the idea that someone somewhere might be publicly disagreeing with him. So he’s calling for forcible censorship.

What would be nice is if he just said it out loud, was a man about it admitted what he’s doing. Of course, he’ll never do that, because these are not men. These are craven servants of the Democratic Party. They are feline, not canine. All of their aggression is passive aggression.

Below, another sloped-shoulder tool of the oligarchy feigns outrage that we have called censorship what it is:

BRIAN STELTER: Tucker Carlson is telling viewers that this network, CNN, is trying to force Fox News off the air, which is patently false … But while some cry cancel culture, let me suggest a different way to think about this. A harm reduction model … reducing a liar’s reach is not the same as censoring freedom of speech. Freedom of speech is different than freedom of reach.

You’ll notice the seductively imprecise language of personal therapy. It’s not a fascist crackdown on free speech by ruthless and power-mad billionaires. It’s just harm reduction, like methadone or Nicorette. It’s a way to get better.

When they come for you, they will talk like social workers, guaranteed.

This article is adapted from Tucker Carlson’s opening commentary on the Feb. 11, 2021 edition of “Tucker Carlson Tonight”.