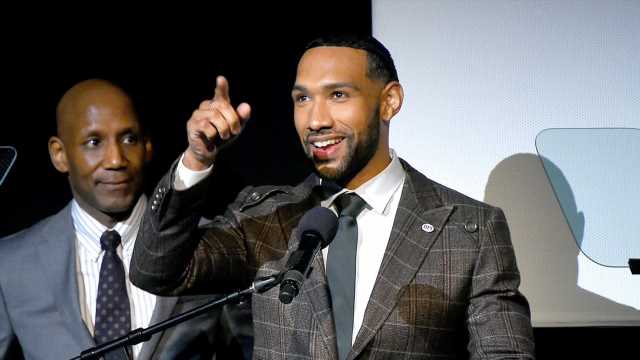 The Democratic Congressional Campaign Committee’s new senior advisor for strategic outreach referred to police officers as “white supremacists” after the storming of the Capitol in January and condoned looting in the wake of the death of George Floyd.

Dyjuan Tatro made the comments before he joined the DCCC in early February.

Two of the earlier tweets have been deleted. Tatro’s Twitter bio includes the disclaimer “my views.”

Tatro characterized looting as “protests against systemic racism” in August.

“I don’t understand why you can’t CONDEMN VIOLENT POLICE [and] acknowledge LOOTING as a VITAL form of social PROTEST. And, how about YOU not use sterilized language when referring to state sanctioned murder while maligning protests against the systemic racism that enables it,” Tatro responded to another user’s tweet about calling for both police reform and condemnation violence and looting.

AOC BREAKS HER FUNDRAISING RECORD IN CRUSADE TO TAKE ON DCCC

“To all those people who want to reform the police because all cops aren’t bad, should we just go ahead and revive Nazism because all Nazis weren’t bad? I didn’t think so. Case closed,” he wrote on Twitter in June.

DCCC spokesman Cole Leiter pushed back against a New York Post article published Sunday night that highlighted Tatro’s past as a gang member who was convicted for shooting two rival gang members more than a decade ago. Tatro was featured in the 2019 documentary “College Behind Bars” for earning his bachelor’s degree while in prison.

A DCCC press release announcing Tatro’s hire said he and other operatives would bring “years of critical experience in progressive politics, and a valuable range of background.”

Fox News’ inquiry to Tatro and the DCCC was not immediately returned.