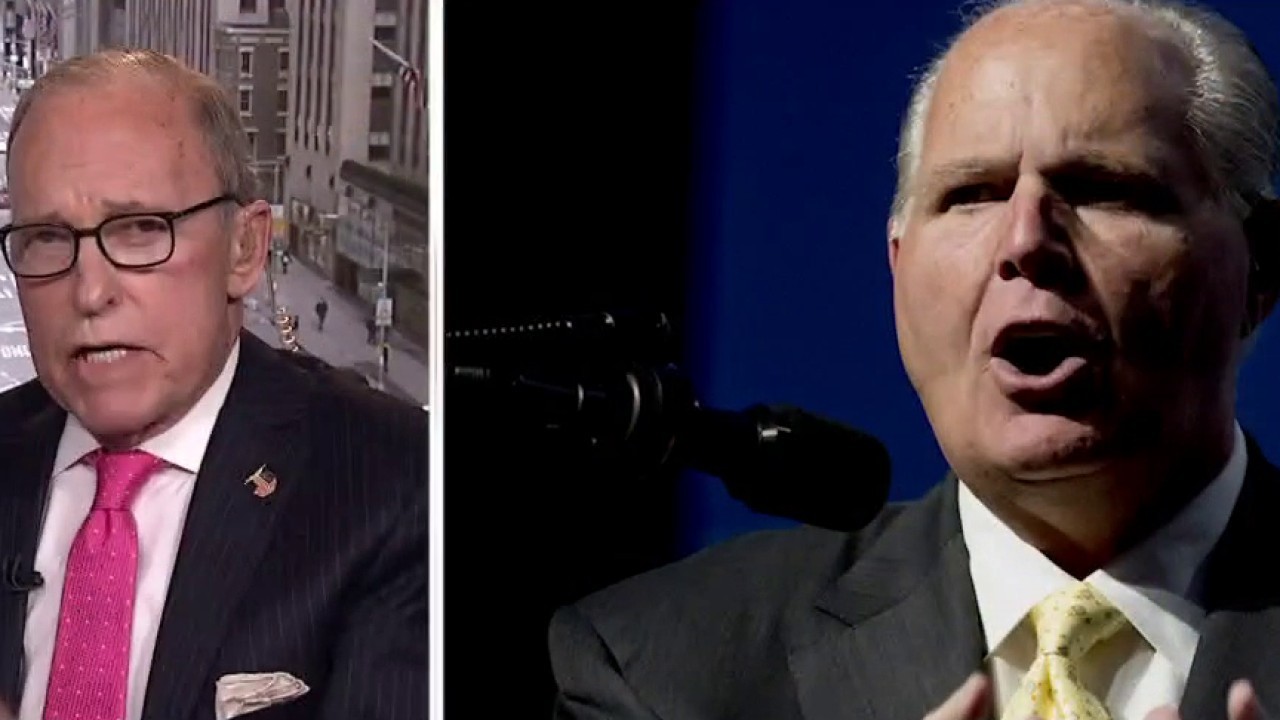 The “Kudlow” host described Limbaugh, who died on Wednesday at the age of 70 after battling lung cancer, as a “persuader” who absorbed the fundamentals of politics and economics help him inform and communicate with his radio audience of 40 million people.

Kudlow added that if it were not for Limbaugh, Republicans would have not won control of the House of Representatives for the first time in 42 years in 1994, a feat that propelled Newt Gingrich to becoming Speaker of the House.

Despite Limbaugh’s achievements, Kudlow said the host had a great deal of “humility,” often thanking people — including Kudlow himself — for teaching Limbaugh things that he did not know before. In addition, Kudlow said, Limbaugh never took politics personally.

“I, like you, very much wish Rush was behind this golden microphone right now welcoming you to another exceptional three hours of broadcasting,” she said. “For over 32 years, Rush has cherished you, his loyal audience, and always looked forward to every single show. It is with profound sadness I must share with you directly that our beloved Rush, my wonderful husband, passed away this morning due to complications from lung cancer.”

“As so many of you know, losing a loved one is terribly difficult. Even more so when that loved one is larger than life. Rush will forever be the greatest of all time,” she continued. “Rush was an extraordinary man. A gentle giant. Brilliant, quick-witted, genuinely kind, extremely generous, passionate, courageous, and the hardest-working person I know.”

Limbaugh, whose last on-air appearance was Feb. 2, started his final broadcast of 2020 by thanking his listeners and supporters for supporting him throughout his radio career and battle with cancer.