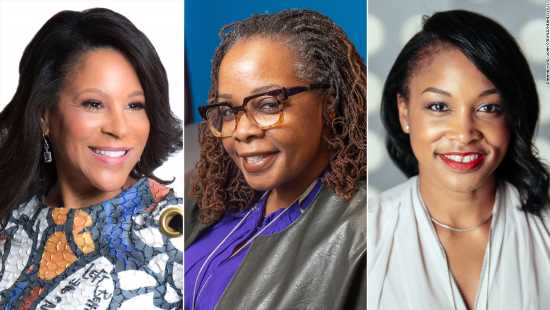 The January 20 swearing-in of the nation’s first woman, Black and southeast Asian vice president came at a pivotal moment for Black women in the business world, which up until recently has failed miserably to increase the number of Black executives — male and female — in its ranks.
In 2018, only 3.3% of all US corporate executive and senior leadership positions were filled by Black people. Not much has changed since then, according to the Equal Employment Opportunity Commission.

To date, there have been only 19 Black CEOs — 17 men and two women — in the entire history of the list, which was first published in Fortune magazine in 1955. Incoming Walgreen’s CEO Rosalind Brewer will be added on March 15, when she becomes just the third Black woman to serve as a Fortune 500 CEO.
But experts say there currently aren’t enough Black women in the c-suite pipeline at most major companies to narrow the gap between Black and White women, who are also underrepresented in executive leadership.

In honor of Black History Month, CNN Business asked three of the highest ranked Black women in corporate America to reflect on their career journeys and offer advice to those looking to follow in their footsteps. 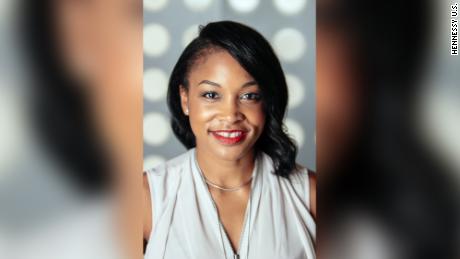 Hometown: Alexandria, Virginia
Education: B.S. in finance from the University of Virginia (2002). M.B.A. from Duke University (2008)
Specialty: Marketing
Industry: Luxury goods, spirits
Career advice: “It’s OK for you to make decisions in your career, even if they’re not popular. If you in your heart feel that job or that path is for you, then you have to go for it because nobody knows you better than you.”
Allen made history in December when she was chosen to head US operations for Hennessy, becoming the brand’s highest ranking Black executive. She’s now responsible for maximizing the image, equity and profitability for the company’s popular line of spirits.
Allen has spent most of her career developing and executing marketing strategies to sell alcohol and soft drinks. Her tenure at Moet Hennessy USA, the US sales and marketing division representing LVMH wine and spirit brands, began as a brand director for Belvedere vodka in 2016, and the company said Allen launched several successful campaigns that grew the brand. She also spent more than eight years at Coca-Cola, where she designed custom Dasani bottled water packaging for the 2010 Winter Olympics and FIFA World Cup.
Allen’s latest promotion came after a roller coaster year for both Hennessy and its parent company, LVMH (LVMHF), which took major hits to its bottom line — domestically and internationally — when the covid-19 pandemic caused the shutdown of retail stores, bars and restaurants that sell LVMH-owned products. The conglomerate’s spirit brands led its rebound during the second half of 2020 with Allen’s help.
Both LVMH and the larger luxury goods industry have for years been criticized for using Black culture themes and celebrities to market products while failing to hire more Black fashion designers and business executives. Throughout her career, Allen says she’s grown accustomed to being one of the few, if not the only, Black face in the room, but she’s never let it deter her from her goals. She credits advice her father gave her in high school, when she campaigned to become her school’s first Black senior class president, for helping her persevere in the face of institutional adversity.
“My father said to me ‘Jasmin, just because there’s never been doesn’t mean there can’t be,'” she said. “This advice from him sums up my approach to being a Black woman who aspires to ascend.” 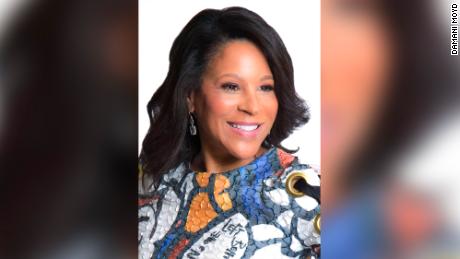 Hometown: Denver, Colorado
Education: B.A. in journalism from Howard University (1979). M.B.A. from Harvard Business School (1983)
Specialty: Global partnerships
Industry: Tech
Career advice: “We must redirect more Black women to profit and loss responsibility versus cost areas (such as HR and operations) earlier in their careers. Also, we need more sponsors to provide the ‘stretch’ assignments that catapult careers through unique learning experiences.”
Stewart is a proud Howard University graduate who in 2012 became the first Black woman to serve as a vice president at Google. She has been leading Google’s global partnerships team — managing search, mobile apps, broadcast, commerce, news, telecommunications and domains for the company’s largest US publishers — since 2016.
Stewart has earned many prestigious awards over the course of her career, which spans more than four decades, even though she admits business wasn’t her original career choice.
“[My dream was] becoming a broadcast news journalist until I discovered business through my minor and served as the advertising manager for Howard’s school newspaper, the Hilltop,” Stewart told CNN Business. “Thereafter, I made a choice to attend either law school or business school. [I] chose business school for greater career optionality and the opportunity to lead a company and carve my own path.”
Stewart’s first taste of the tech world came in 1979, when she began work as a marketing rep for IBM. She joined Google in 2006 after a successful stint in the automotive industry with DaimlerChrysler AG, helming Chrysler’s $400 million advertising and marketing operation and earning an Interactive Marketer of the Year Award from Advertising Age in 2005.
Her long list of career accomplishments includes spearheading Google’s Howard West tech exchange initiative in 2015. Google has worked to strengthen its partnerships with Howard and other HBCUs even more this year after coming under fire in December for parting ways with prominent AI researcher Timnit Gebru and former diversity recruiter April Curley. Both Gebru and Curley are Black women who accused the company of fostering a hostile work environment.
Stewart and Google did not respond to request for comment on Gebru and Curley’s allegations, but Stewart said the company’s emerging evolution as a more-diverse team in 2020 has been one of her proudest accomplishments.
“As a Black woman, I’ve worked in male-dominated industries for most of my career,” Stewart said. “While it has been a unique challenge, I’ve been very comfortable being the pioneer and forging a pathway for others. I brought courage every step of the way.” 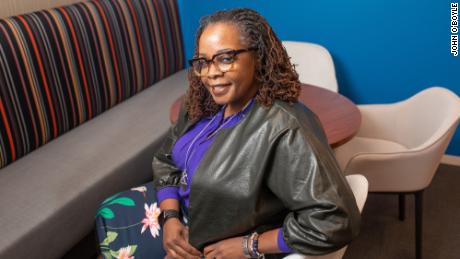 Hometown: Cincinnati
Education: B.S. in engineering from Vanderbilt University (1990). M.B.A. from the University of Wisconsin (1998)
Specialty: Digital transformation and strategic leadership
Industry: Financial services
Career advice: “Be really excited about the opportunities that exist ahead of you. Recognize you need help to make that happen. Be humble enough to get the feedback and get the help you need to make it work. There’s no way I could be sitting in the seat I’m in without the help I’ve had.”
One of the career-defining moments in Chapman’s life came in 1995 when she won an essay competition organized by the Executive Leadership Council, a pipeline organization for emerging Black business executives, and was invited to a national honors symposium to meet some of its senior members.
At that meeting, Chapman and her fellow contest winners met some of the most successful Black executives in the country, including Ursula Burns, who later became CEO of Xerox, and Kenneth Chenault, who went on to become chief executive at American Express, where Chapman’s career later flourished.
“We met with all these Black executives, which was phenomenal because so many of us had never had exposure to them,” Chapman said. “It allowed me to start developing relationships with so many of them where they coached me and gave me mentoring and counseling and advice as I started to navigate my way through it.”
The contest winners and the c-suite executives stayed connected and went on to found a global Black leadership network now known as Calibr.

Chapman says Black business pros can certainly have mentor relationships with people who aren’t African American, but having Black mentors is also key to their success.
“There is nothing like somebody who’s walked a mile in the shoes you want to walk in,” she said.
Source: Read Full Article