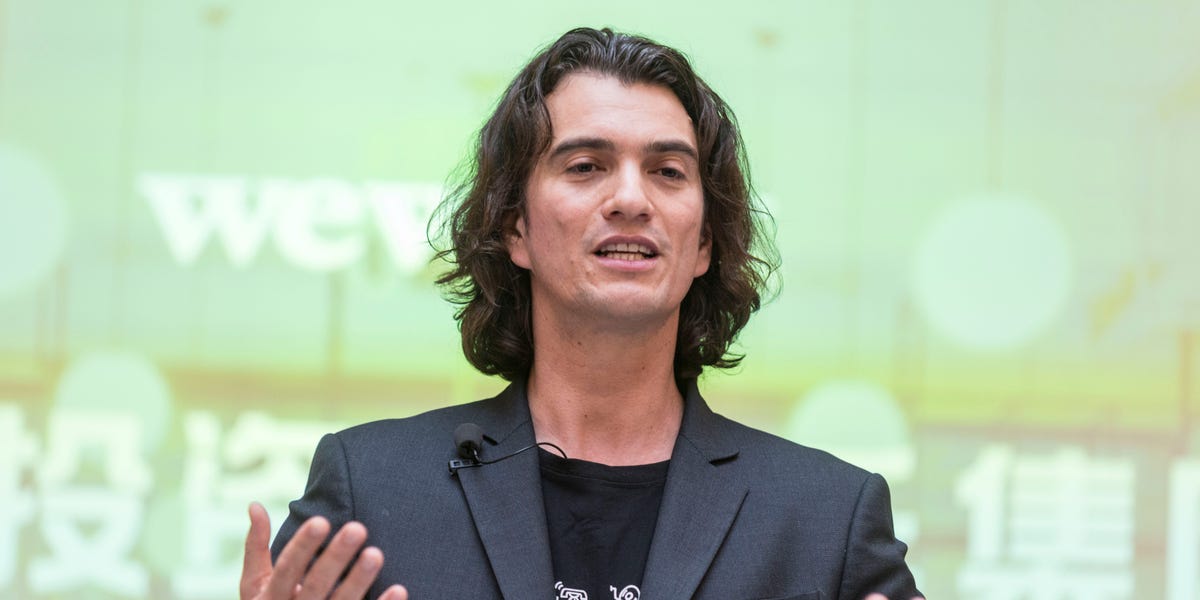 WeWork co-founder and former CEO Adam Neumann is nearing a settlement in a legal battle with SoftBank, WeWork’s owner, that could include a nearly $500 million cut in his previously planned payout.

The deal would put an end to a bitter legal battle between Neumann and SoftBank, which saved WeWork from bankruptcy in 2019 when the office group’s IPO plans crumbled.

People familiar with the discussions told the Wall Street Journal Monday that SoftBank would buy around $1.5 billion of shares from early WeWork investors, including about $500 million in shares from Neumann.

A person with knowledge of the matter told CNBC Neumann would get $480 million for 25% of his shares in the company. He would still remain a major shareholder in WeWork, the person said.

This is about half of what SoftBank originally agreed to purchase from Neumann as part of a $3 billion deal it abandoned in 2020, when it was going to buy $970 million worth of shares from Neumann. Neumann sued SoftBank after it walked away from the deal.

There was no guarantee that both sides would come to an agreement, the people told the Journal, but if they did, a deal could be finalized in the next few days, they said.

This would allow WeWork to be bought by special purpose acquisition company (SPAC) BowX Acquisition, allowing the office-coworking company to try for its second public listing. WeWork and BowX Acquisition could reach a deal in the coming weeks, the people said.

The Journal reported January 28 that a WeWork and BowX Acquisition deal could value the office-sharing startup at about $10 billion, citing people familiar with the talks between the two firms.

Neumann stepped down as CEO in September 2019 following the company’s failed IPO, as well as intense public scrutiny of both his use of company funds and leadership style, including WeWork’s nonstop party culture. He said at the time that the scrutiny became a distraction while running the company.

Two current execs, Sebastian Gunningham and Artie Minson, are now the co-CEOs of the firm.

SoftBank had agreed to buy $3 billion worth of WeWork shares from other investors and employees, including about $970 million worth from Neumann as part of its plan to rescue WeWork after its IPO fell apart in October 2019. But SoftBank abandoned its deal in April 2020.