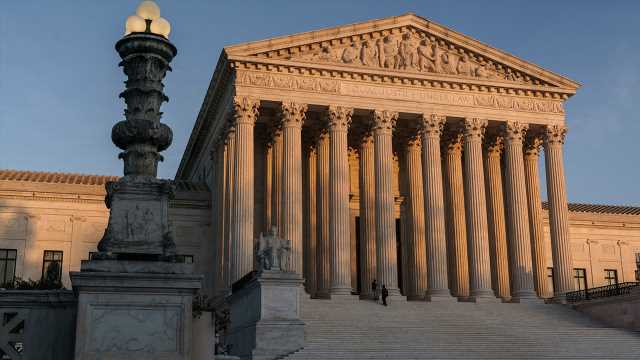 Sen. Ted Cruz, R-Texas, on Thursday reintroduced legislation designed to preserve the independence of the Supreme Court, including a constitutional amendment that would require the Court be comprised of nine justices.

The constitutional amendment has drawn support from a range of Republican cosponsors including Republican Sens. Mike Braun of Indiana, Pat Toomey of Pennsylvania, Marco Rubio of Florida, Todd Young of Indiana and Rick Scott of Florida.

The second proposal would prevent the congressional passage of legislation to add more justices to the high court.

“As my Democrat colleagues brazenly discuss expanding the number of justices on the Supreme Court, this legislation and constitutional amendment ensures we prevent either party from wielding the Supreme Court as a political tool for their own advantage,” Cruz said in a statement. “I urge my colleagues to defend the fundamental liberties of their constituents—their religious liberty, freedom of speech, and Second Amendment rights—and swiftly take up and pass these proposals to prevent Court-packing.”

The legislation was previously introduced in October in response to some Democrats indicating an openness to expanding the size of the high court following the death of Ruth Bader Ginsburg.

Democrats often attribute part of that shift in the court to the fact that then-Sen. Majority Leader Mitch McConnell, R-Ky., refused to consider Merrick Garland – nominated by President Barack Obama in 2016 – to fill a vacant seat during an election year. That seat, belonging to Antonin Scalia, was eventually filled by Justice Neil M. Gorsuch.

Sen. Elizabeth Warren, D-Mass., said “every option” needed to be on the table to restore credibility and integrity to the Supreme Court.

Biden has previously opposed the idea of court-packing. However, he said in the fall that he intended to set up a bipartisan commission to study Supreme Court reforms, which his administration has confirmed that he is still committed to following through on.

The Supreme Court has had nine justices since the 19th century, though it is not required by the Constitution.