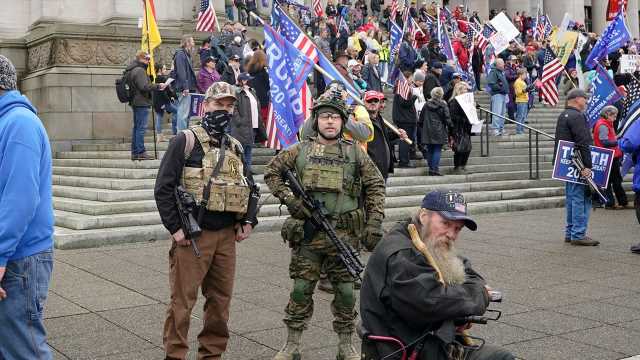 Arizona joins four other states in seeking protection from any federal legislation that would affect Second Amendment rights.

Washington state senators voted along party lines Thursday to pass a bill that would ban the open carry of firearms and other weapons both at the Capitol building and grounds and within 250 feet of a permitted protest anywhere in the state.

The ban includes having a firearm in one’s car.

“What you need when you come to the Capitol is your voice. You don’t need a weapon,” she said.

State Sen. Sam Hunt, another Democrat, said action needed to be taken beacsue “these are not normal times.” 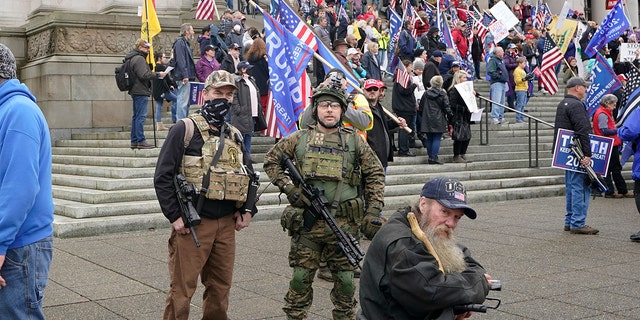 “Schools have gun-free zones,” she continued, according to the Seattle Times. “We can do the same thing in very limited instances, which this bill does.”

Republican state Sen. Keith Waggoner, who voted against the bill, said during floor debate that the Bill of Rights “are not enumerated in order of importance,” meaning the First Amendment doesn’t outweigh the Second.

“What this bill does is pit one right against another,” he added.

Republican state Sen. Lynda Wilson argued the bill could endanger women who carry a firearm for safety but who haven’t been able to get a concealed carry permit because of a backlog.

“So you have to open carry in order to be able to go someplace,” Wilson said, according to the Times. She said if the woman went to downtown Vancouver, Wash., which she represents, the woman could easily be “within a short distance of a demonstration that just started.”

The bill passed 28-20 in the Democratically-controlled Senate and will now head to the House for consideration.

Senate bill 5038 comes in the wake of months of anti-police protests in Seattle and the riot at the U.S. Capitol last month – where participants have sometimes been armed. Pro-Second Amendment rallies are also common in the state.

Shots were fired in three separate protest-related incidents at the Capitol in Olympia in December, and at least one person was injured, according to the Times.

Threats against the Capitol in early January forced Gov. Jay Inslee to call in 750 National Guard troops and construct a fence aound the Capitol that still surrounds it.

An amendment to the bill accepted on the Senate floor exempts people who are openly carrying firearms on private property that they own or lease within that 250-foot buffer zone.

While open carry has already been banned in both the public galleries of the Senate and House chambers and in public hearing rooms at the Capitol’s legislative office buildings since 2015, people can still openly carry weapons in the main public areas of the Washington Capitol and on the grounds of the Capitol campus.

Violators would face a misdemeanor charge punishable by up to a $5,000 fine and a year in jail.